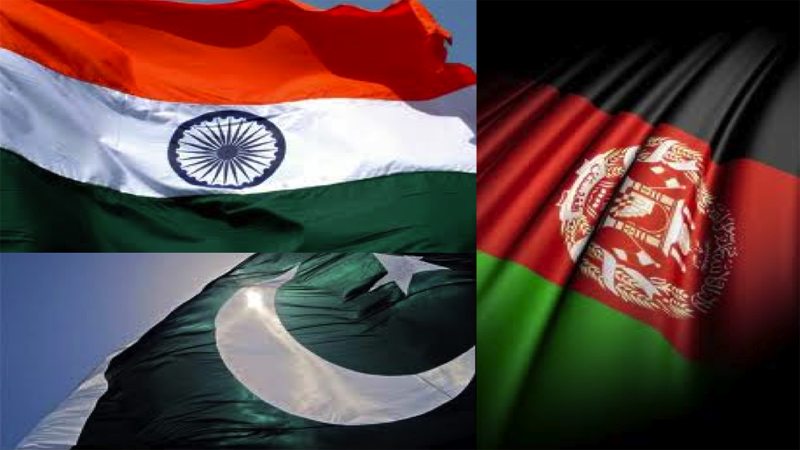 Much has happened since the beginning of this year in the Pakistan-US-Afghanistan ‘love’ triangle. In the wake of recent terrorist attacks on its soil with over a hundred killed during a month, Afghanistan hurled serious allegations on its neighbour, and former ally in the war on terror, Pakistan, claiming it trained a terrorist involved in one of the attacks and its military provided equipment to Islamist terrorists. Shortly after a denial, Pakistan revealed that it had handed over to Afghanistan last year more than two dozen suspects belonging to militant organisations. The revelation came after US President Donald Trump’s announcement earlier this year of suspension of $2 billion security assistance to Pakistan for failing to take ‘decisive action’ against the same organisations and recent US drone attacks claiming to have killed four suspected militants in Pakistan’s Kurram Agency are bound to continue until Washington is ‘satisfied’. Pakistan’s announcement also saw the arrival of a high-level Afghan delegation to hold talks on ‘bilateral cooperation’ and Pakistan’s subsequent proposal of five joint working groups, of which the first was held at Kabul in the beginning of this month.

There is much common between Pakistan and Afghanistan. They are both dominantly Sunni Muslim countries. Both, at least for some time, were part of the British empire in their recent history and have Mughals as a common link, with Afghanistan being the cradle of that empire and Pakistan a subsequent conquest. Pakistan and Afghanistan have been described by former Afghan President Hamid Karzai as ‘inseparable brothers’ due to the historical, religious, and ethno-linguistic connections between the Pashtun and other ethnic groups of both countries, although in an interview in India late last year, he also termed US and Pakistan as ‘bedfellows’ and that India should reconsider its relation with the US.

The ‘bedfellows’ were together to counter the Soviet invasion of Afghanistan in 1979. While the United States went on to advance its own interests in the region, Pakistan became a training ground for roughly 250,000 foreign mujahideen fighters who began crossing into Afghanistan on a daily basis to wage war against the Soviet forces. Later on, it saw the influx of over 3 million Afghan muhajireen, who migrated to Pakistan to seek protection from the growing instability in their country. ‘Afghan refugees have been living, studying and seeking employment here in Pakistan since the past 30-35 years. There has been a record figure of 5 million refugees in the country,’ noted Sartaj Aziz, former Adviser to the Prime Minister on Foreign Affairs and former National Security Adviser. Roughly half of them were sent back to their home country with the help of United Nations High Commissioner for Refugees (UNHCR) once the Soviets left Afghanistan. Still, Pakistan has been home to over a million refugees for 40 years. Although an allegedly Afghan-based terrorist attack on an army run school in Peshawar in 2014prompted Pakistan to set a deadline for Afghan refugees without legal status to return, it has suffered economic and social repercussions for hosting fellow brethren from the neighbourhood, including a significant drug abuse problem. In a recent interview with the CNN, former Foreign Minister Hina Rabbani Khar lamented that Pakistan’s effort in ridding Afghanistan from the Soviet ‘instilled extremism inside Pakistani society and changed the fabric of society forever.’

To prevent illegal movement and infiltration across the Durand Line – the porous international border between Pakistan and Afghanistan – border barrier construction is underway by Pakistan to be completed by the end of this year, a move strongly objected to by Afghanistan, who is of the view that fencing would result in ‘the limitation of the freedom of movement of Pashtun tribes people.’ Pakistan, on the other hand, sees the construction as inevitable. ‘Pakistan cannot be at the mercy of Afghanistan’s situation,’ comments General (r) Talat Masood, a defence analyst. ‘Border management is necessary for Pakistan, including fencing, otherwise there will be a big fallout of Afghan instability in the adjoining areas. Hostile elements can enter Pakistan. India can use Afghan soil to plan attacks’, he adds.

Situation in Afghanistan, as experts see, is bad. ‘There are many ethnic issues among the factors contributing to instability in Afghanistan,’ explains Sartaj Aziz. ‘Their economy is in a bad position, there is a super power rivalry going on in the region. 40 percent of the total area of the country is not under the government’s control,’ Aziz says. ‘There is a huge problem of corruption, drug mafia is pronounced, drug trafficking has increased many times,’ elaborates General Masood.

Pakistan views instability in Afghanistan as a major factor provoking turbulence in the country as well as the region. In a meeting of the UN Security Council in January this year, Pakistan’s Ambassador to the UN, Maleeha Lodhi urged Afghanistan and its partners, especially the US, to address ‘the challenges inside Afghanistan rather than shift the onus for ending the conflict onto others’. Ambassador Lodhi’s strong statement was in response to United States, Afghanistan and India alleging that Pakistan ‘continues to give sanctuary to terrorist organisations.’

Strongly backing the use of political will to bring stability in the region, experts believe that the mutual practice of hurling allegations is a major hurdle in attaining peace. ‘The main reason of dispute between Pakistan and Afghanistan is that Afghanistan thinks Pakistan supports Haqqani Network and some other organisations and provides safe havens to them, while Pakistan has repeatedly denied these allegations,’ says General Talat Masood. ‘On the other hand, Pakistan believes that Afghanistan is unfortunately participating in a blame game and whenever a terrorist activity takes place in Afghanistan, the accusations are hurled at Pakistan. Pakistan should be more transparent about its internal policies, at least to the people of Pakistan but the international community should also be satisfied’, he adds.

While peace in the region is surely the key to stability, economic revival is crucial for progress. With worsening relations with neighbour Pakistan while depending on its border cities Quetta and Peshawar and the port city Karachi for trade routes, Afghanistan is now eyeing other options. Afghanistan is a landlocked country in the South Asian and Central Asian region. While the Hindukush mountain range with harsh winters along with deserts in the south have probably played a vital role in Afghanistan earning the title the ‘graveyard of empires’, for many conquerors – from Alexander the Great to Mongols to the Soviets failed to occupy the territory despite all their might – it also saw the rise of empires like the Kushans, the Mughals, the Ghaznavids and Durranis, who went on to plunder other regions. It is the same harsh climate and rugged mountainous terrain that today, as in the past, can easily cut off Afghanistan. ‘Afghanistan feels insecure in its present position, to offset which it uses India,’ says General Talat Masood.

With the opening of the strategic Chabahar Port last year in Iran, the energy rich Persian Gulf neighbour of Afghanistan, Afghan Chief Executive Abdullah Abdullah had said that Afghanistan would no longer depend on Pakistan for transit trade. India is to equip and operate two berths in Chabahar Port Phase-I with capital investment of $85.21 million and annual revenue expenditure of $22.95 million on a ten-year lease. Afghanistan is also expected to have trade transit route in the near future through Central Asia that would connect the country with Europe. Aids and investments by donors, however, have also led to massive corruption in the country, while infrastructural development still needs attention.

In a recent article titled ‘Corruption at 13000 feet: Afghanistan struggles to maintain the vital Salang Pass’ in the Washington Post, a World Bank representative in Kabul, on the condition of anonymity, rold reporter Max Bearak that corruption and incompetence ruined earlier attempts by the bank to repair Salang Pass, the only direct route between Kabul and Afghanistan’s northern provinces. ‘Contracted companies, after taking a cut of the budget, subcontracted local outfits that used cheap, inferior material that could not withstand winter temperatures and constant truck traffic.’

But in the larger interest of the region, Pakistan has also played its role to boost development in Afghanistan. In 2016, Pakistan offered to spend half a billion dollars on health, education and infrastructure development in the war-torn Afghanistan, of which nearly half has been paid. Confirming the payment, Sartaj Aziz said that ‘Pakistan has encouraged that the new Peshawar -Kabul road should have a railway connection’.

China: A beacon of hope?

With the multibillion dollar CPEC project underway in Pakistan, the country is aiming to strengthen its own infrastructure with the help of China, who has also offered mediation between Afghanistan and Pakistan. ‘CPEC can only be achieved fully with better relations with Afghanistan,’ says General Talat. ‘China has no history of conflict and has a clean record in Afghanistan,’ he adds. Furthermore, Pakistan has stepped up its effort to develop new relations along with mending older ones. ‘To counter the impact of hostility from US and India, Pakistan has improved its relations with Iran, it is trying to expand relations with Russia, Saudi Arabia and traditional Muslim brethren countries,’ shares General Talat Masood.

While both countries are making efforts to fix their international relations, social relations between the two seem unaffected. Pakistan’s Express Tribune reports that around two to three thousand visas are issued from Kabul alone to Pakistan on a daily basis. The numbers of visas issued from the rest of Pakistani consulates are additional, varying from 800 to 1000. The Afghans who travel on these visas are usually travelling for health and educational reasons. After all, the ‘brothers’ it appears are really ‘inseparable.’