Erdogan’s Turkey and its likely quagmire

Turkey is now said to have the largest number of journalists behind bars than any other country. But this has not satiated Erdogan; he still feels besieged

He finds his country and even himself to be surrounded by perceived enemies. At home, he is paranoid about the powerful elements in military that are allegedly conspiring to overthrow his democratically-elected government. As usual, he overreacted to this threat and put thousands of people behind the bars after the July’s failed coup attempt.

He has been cracking down on the Gulenists in bureaucracy, judiciary, media and even in military. Gulenists are the followers of the US-based cleric Fethullah Gulen. Erdogan claims that Gulen has been conspiring to topple his government. 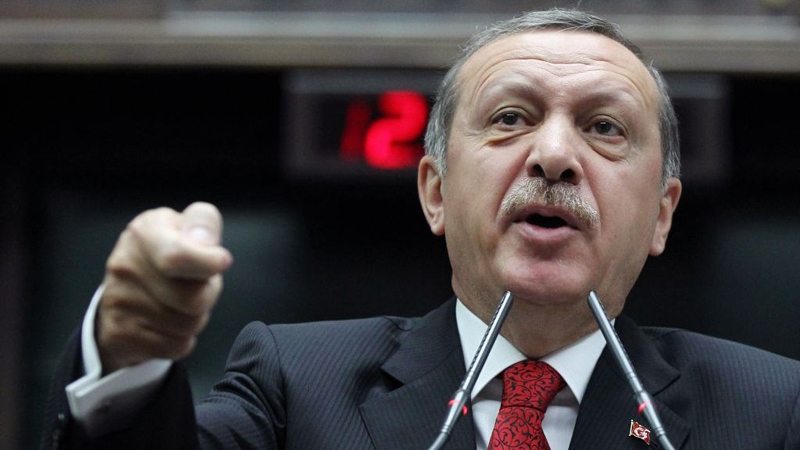 In the past, Gulen and Erdogan had formed a political alliance against the country’s powerful military and its pervasive role in the governance. But they ended up becoming political rivals in their race to reign victorious over the political landscape of Turkey.

Now after putting many of his real and imagined enemies behind the bars, Erdogan enjoys an upper hand. Turkey is now said to have the largest number of journalists behind the bars than any other country. But this has not satiated Erdogan; he still feels besieged.

Erdogan feels that even though Turkey is a western ally as a NATO member, it is not treated like one. It is kept at an arm’s length when it seeks membership of the European Union. It has been criticised for its poor human rights record.

In spite of having foiled the recent coup attempt, Turkey still gets frequently slapped by heavy criticism for its mistreatment of journalists who raise questions over his governance. Erdogan thinks he deserves appreciation for ‘saving democracy’ in his country.

According to Ankara’s stance, it has already been proven that the US-based cleric and his supports living in Turkey were behind the recent attempts to sabotage Erdogan’s government. But the US has its own reservation over the allegations made by Erdogan administration. The US has refused to hand over Gulen to Erdogan and face ‘justice’ merely on the claims of Erdogan. This lack of trust has been a thorn in the Turkey-US relations.

Another important complicating factor between Turkey and its Western allies is the Kurdish problem. Even though the militant PKK — behind Kurdish insurgency for an autonomous status in Turkey for the country’s Kurdish minority — is regarded as a terrorist organization in the US and much of Europe, that doesn’t apply to Kurds operating along the Turkish-Syria border. They have been the US’ most effective ally on ground to eject IS from northern Syria. Ankara, though, regards them as terrorists with alleged links to PKK. And would like the US to not only disown them but share Turkey’s concern about a potential autonomous Kurdish state alongside its border, creating more trouble for Turkey.

The US has refused to hand over Gulen to Erdogan and face ‘justice’ merely on the bases of the claims made by Erdogan. This lack of trust has been a thorn in the Turkey-US relations

But the US hasn’t been so solicitous of Erdogan’s concerns on this score. For Turkey, though, it is a serious issue because, from Ankara’s viewpoint, it is a bigger threat than IS. Indeed, at the height of the US operations against IS, the YPG, the Kurdish armed wing of the Syrian Democratic Forces (SDF), was its vanguard fighting force on the ground. On the other hand, Turkey appeared to be turning a blind eye to foreign jihadists crossing its border to swell the IS ranks. But for the YPG fighters on the ground, the IS most likely would still be in northern Syria.

It is, therefore, not surprising that the US doesn’t share Turkey’s concerns regarding YPG. Turkey has decided to take things into its own hands and launched a large scale military offensive to evict the Kurds from the border region across the Turkish-Syrian border. Caught between its strategic ally, Turkey and Syrian Kurds, who played a decisive role in ejecting IS from its Syrian strongholds, the US is keeping largely quiet against Turkish military’s large scale offensive into Kurdish areas across the Syrian border.

The Turkish forces seem to have entered Afrin and are headed towards Manbij, where the US is said to have sizable Special Operations units. Turkey would like the US to clear out of Syria’s Kurdish region altogether, thus allowing it to effectively carve out a border region under its control.

That is not all. Erdogan wants to play a determining role in Syria’s future disposition, preferably without Bashar al-Assad; which has been his intention since 2011 when the regime came under rebel attack. Erdogan had advised, indeed told Assad, to quit but that didn’t happen. Syria was then embroiled in a civil war, with regional and international forces, like the US, Saudi Arabia, Iran and al-Qaeda, supporting and encouraging their proxies. And just when the Assad regime seemed most vulnerable, Russia stepped in, with large scale military intervention, to turn the tables in its favour.

Erdogan felt sidelined and his intervention by way of shooting a Russian warplane, which Ankara claimed violated its air space, proved counter-productive, with Moscow freezing all ties. Which eventually led Erdogan to apologize for his country’s action and restoration of normal relations between Russia and Turkey. Since then, Ankara has been trying to work through its new ties with Moscow to tone down its commitment to the Assad regime.

Erdogan is, at the same time, pushing Turkey’s advantage from its military advancement into Syria’s Kurdish border region, to raise the question of settlement of nearly 3 million Syrian refugees, currently in Turkey. Which gives Ankara considerable political and military ammunition in the final disposition of the Syrian question. How it will all pan out remains to be seen! While Turkey’s deepening involvement in the Syrian situation might have short term political gains but, in the medium and long terms, Ankara might be creating its own quagmire.