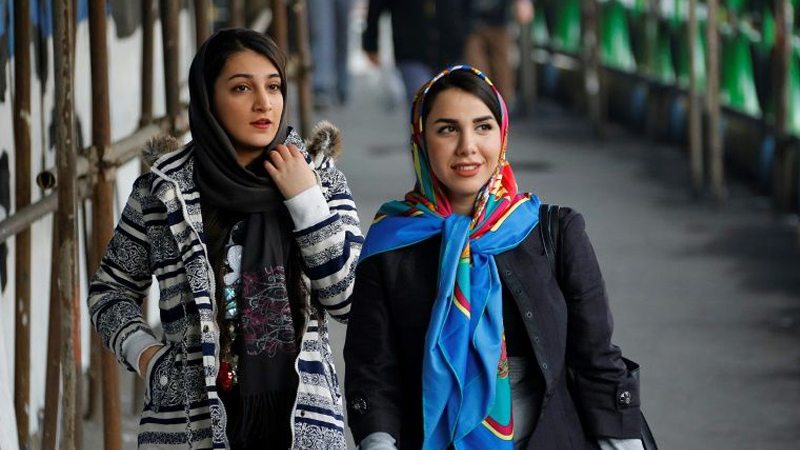 A spate of unprecedented protests against Iran’s mandatory headscarves for women have been tiny in number, but have still reignited a debate that has preoccupied the Islamic republic since its founding.

Walking through central Tehran with a loose scarf tossed lightly over her head, Samar, a dentist, is typical of the relaxed approach to headgear many Iranian women have adopted since the 1990s.

“Everyone should be able to decide for themselves what to wear. I don’t think a few loose hairs can provoke anyone to anything,” she said.

She was referring to the conservative claim that men are unable to stop themselves assaulting women if they can see their hair. A typical sign — at a hammam in Kashan, south of Tehran — compares the veil to a pearl’s oyster: “The oyster keeps the pearl safe from the hazards.”

“In our country, men are raised with the idea that women must be seen with a headscarf. I will never remove my headscarf in my country for as long as I live,” said Hanieh, a journalist, wearing a much tighter scarf around her head.

The issue has returned to the fore in recent weeks after several women took the unprecedented step of protesting in public without their headscarves. Police say 29 people have been arrested.

Iran is the only country in the world to impose a mandatory headscarf on both Muslim and non-Muslim women as part of its ill-defined “hijab” rules that require modest clothing, including a ban on shorts for men. In practice the rules have been steadily eroding for years.

Particularly in wealthier areas, the all-body black “chador” robes have been increasingly replaced by jeans, make-up and loose, colourful scarves which many let drop around their shoulders entirely.

Rouhani’s evolution: To see how much Iranian society has evolved, one need only listen to the president, Hassan Rouhani.

He once boasted of personally imposing the compulsory headscarf on women in the years after the 1979 revolution, starting with military centres.

“The women employees… started moaning and making an uproar but I stood firm,” he wrote in his memoirs.

But since he became president in 2013, the morality police that enforce clothing rules have largely disappeared from the streets. And just days after police announced the 29 arrests, his administration released a report showing that half of Tehranis opposed enforced hijab.

The timing of the release, four years after the study was conducted, was seen as a shot against Rouhani’s conservative critics. “Rouhani has evolved a lot,” said Hamid Reza Jalaipour, a sociology professor at the University of Tehran.