Remembering the victims of APS carnage 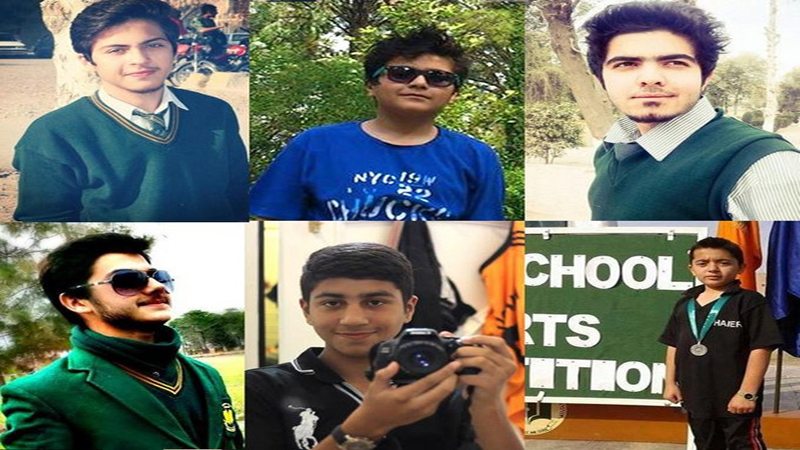 It’s the tale of how, one day, the devil itself, came to visit, and went straight for the freshly planted fields. For the farmers it was their pride and joy – the apple of their eyes

My Peshawar – my sleepy and laid back hometown. Atop a silhouetted mountain sits a turbaned man. The sky touched by dusky hues of the Master’s own brush, of the setting sun, gives him the perfect backdrop. In his hand is the instrument that is the base of all Pushto music – a rubahb. He strums the strings, and lilting music pours forth. This is the lament of my hometown.

It tells the story of war and barbaric acts – but then the stories of victories, peace and the resilience of this soil can also be heard. It tells the tale of respect, and of the land of flowers, its generosity. In even welcoming its enmies, if they enter their home, asking for refuge.

But suddenly the music drops so low, that you hold your breath, because something, forewarns you, that what’s going to pour forth, is going to tear your soul. And then comes the keening sound, like that of a wounded animal, who’s trying to lick his wounds and self heal.

It’s the tale of how, one day, the devil itself, came to visit, and went straight for the freshly planted fields. For the farmers it was their pride and joy – the apple of their eyes.

And within minutes, the field was a battleground. And all you could see were so many hopes and so many dreams shattered, strewn all over. Those who had survived the carnage were so critical that chances of survival were non-existent

The little buds that had just started opening, waving sturdily, in the beautiful breeze, passing through their leaves.

Some of these beautiful flowers were taller and in full bloom, full of vigor and strength. And the little ones looked up at them with pride and joy – hoping to be like them one day.

But the devil and its army planned to take this precious field full of these joyous flowers and destroy it, rob the land of its hope, joy and sunshine forever. They came in sheep’s clothing and entered the field so silently, that no one suspected what evil was about to unfold. The joyous little flowers looked up at them trustingly, smiling, dancing in the wind, and then suddenly, in a split a second they were all over them.

Stepping on them, trampling them, tearing them out of the ground, breaking their heads off and throwing them on the ground. And within minutes, the field was a battleground. And all you could see were so many hopes and so many dreams shattered, strewn all over. Those who had survived the carnage were so critical that chances of survival were non-existent.

All those who had tended these fields so lovingly and with care – sheltering them from harsh weather – could now do nothing. They fell to the ground lifting them, kissing them, holding them to their faces, their tears drenching them, trying to bring them back to life. But there was no hope, they lay there totally listless, all the joy and life washed out of them.

Here the lilting music again went down, till you believed it was no more, and then out of the dark starry night it rose up, like the crackling of thunder. The player, was in frenzy, as though, he was guided by some invisible hand, or by the spirit of the many flowers itself, saying, “don’t worry, we are not dead, we are going to rise up again in so many new little saplings, and you will protect us, till we become strong and sturdy and avenge the devil itself. We are with you, it’s just that you can’t see us. Don’t let go of our sacrifice, of not being able to share the joys and victories with you the way we would have, had we been there. Instead keep planting, keep working the field, and keep a better look out for the devil in sheep’s clothing – be aware”.

Here the player stops and snaps out of the trance, his head, which had hung low, straightens up, and against the night sky you no longer see the turbaned man – but the silhouette of a phoenix, spreading its wings, and taking the sky like he owns it.

The writer can be reached at saira.70@hotmail.com