The economic boom is all well and good, but spreading its benefits to everyone will take serious work 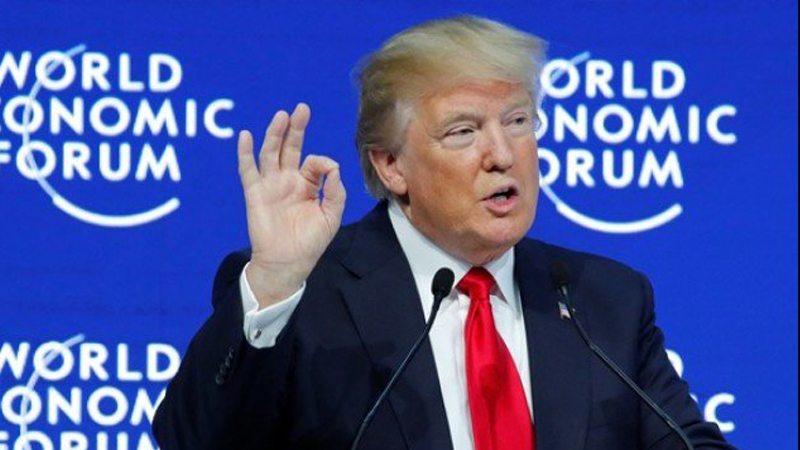 Even amid great political uncertainty, both the United States and the global economy are enjoying a moment of optimism. What John Maynard Keynes called “animal spirits” – what we think of as consumer and business confidence – are robust. This is not a trivial factor. Positive psychology, sentiments and expectations influence economic outcomes, helping to power positive trends in investment and consumer spending that, in turn, help generate jobs and earnings.

That’s all good, as far as it goes, but it doesn’t go far enough. This discussion must distinguish between macro and micro, and that distinction risks getting lost in all the cheerleading. Simply put, given the extent to which inequality is embedded in our economy and political system, we cannot count on enough overall, or macroeconomic, growth to reach middle- and low-income households. Such growth is, of course, necessary and essential to the possibility of broadly shared prosperity. But absent policy initiatives to ensure more growth reaches those left behind, it is likely to prove insufficient.

The most obvious example of the split between growth and economic well-being is the bull market in stocks. President Trump and his team go on endlessly about the rise in the stock market (although the trend predated their arrival), but 84 percent of its value is held by the wealthiest 10 percent of households; 40 percent, by the top 1 percent. About half of households own no stock at all. (All these figures include equity holdings through retirement accounts.)

To be clear, I recognize I’m looking under a rock that many others have turned over. Tomes have been written about the inequality divide, and many correctly tie it our wrenching political situation today. This dynamic goes beyond the simple but profound split between growth and middle-class wages, as shown in the famous Economic Policy Institute chart shown below. It also includes the inequality of power and influence, wherein historically high levels of wealth inequality interact with money in politics in ways that render our democracy increasingly nonrepresentative (see my recent interview with Ben Page and Martin Gilens). But in recent weeks, I fear we’re losing this thread. “Synchronized global growth” – the fact that for the first time in years, most economies are posting solid growth rates – is capturing headlines. The Trump tax cuts – which, because they favor corporate shareholders, multinational corporations and heirs of rich estates, will exacerbate inequality – are generating wide praise, from here to Davos, Switzerland, at the World Economic Forum, where the global elite recently met. Note the theme of its conference – “Creating a Shared Future in a Fractured World” – clearly invoked the inequality problem. Yet Trump’s keynote address was all about the tax cuts and the stock market, and the elites largely seemed to soak it up.

Back here in the United States, I’m seeing front-page articles asserting that tax cuts are “Roaring through U.S. Companies,” its effects “rippling through corner offices and boardrooms, with companies large and small dusting off once-shelved plans, reevaluating existing projects and exploring new investment in factories and equipment.” That sounds like trickle-down in action, but it’s not if it doesn’t reach workers. In fact, over much of the period covered in the figure above, businesses posted record profits, while median wages stagnated. Those outcomes are intimately related: Profitability was enhanced by holding down labor costs, a model that is by now deeply embedded in wage-setting norms.

What about all those bonuses you keep hearing about? Isn’t that clear evidence of tax-cut trickle-down?

Definitely not: Do not conflate public relations with economics. As the New York Times pointed out Sunday, Walmart “says it will spend $700 million on bonuses and higher wages for cashiers, drivers and other hourly workers. That’s a tidy sum, but the company is spending far more – $4 billion – to buy back its stock, which will benefit its investors by raising the share price.” The chain of events sold by the corporate tax cutters was higher after-tax profits, more investment, faster productivity growth and higher median pay. Yet except for the profits, every link in that chain has been shown to be tenuous, as the figure above shows regarding the last two steps.

Real, lasting wage gains for middle-class workers – as opposed to one-time bonuses – will be driven not by corporate largesse but by tight labor markets that challenge the dominant model of repressing labor costs. The key determinant of pay is bargaining power, and that’s always a greater force at low versus high unemployment. True, inequality and wage repression are so deeply embedded that middle-class wages have been slow to respond in the current expansion. Still, there are signs that near-full-employment conditions are having their traditional, salutary effect of forcing reluctant employers to bid up wage offers.

There is, of course, nothing wrong and much right with global growth, worker bonuses, optimistic producers and even happy investors at play in Davos. What’s missing is the policy glue to reconnect those phenomena to the much larger group of those on the wrong side of the inequality divide.

That will take higher minimum wages and overtime thresholds, and not just in progressive places but nationally. It will take direct job creation and work-support programs (housing, job training, health and addiction treatment, wage subsidies) to reach people and places that are still left behind, even at low unemployment. These ideas, in turn, require fiscal investments that will be impossible to make without enough tax revenue, meaning we will need to claw back what was lost in the last round of tax “reform.” It will require patience by the Federal Reserve even as unemployment falls to levels they associate with price pressures; sustaining the recovery is essential if it is to reach the working class. It would be great if GDP growth alone was all it took to lift the middle class and the poor. But this hasn’t been the case for a long time, and it certainly isn’t the case now. courtesy the washington post