The dawn of Buddhist radicalism

Two years ago, when the National League for Democracy came to power, Aung San Suu Kyi was still a very respectable person among Burmese citizens. Even after the unimaginable crimes against Rohingya Muslims, one may not deny that Suu Kyi is still the most respected person in Burma. However, she has not played any significant role in bringing an end to the woes of the persecuted communities of Burma, especially those of Muslims. Muslims make up only five percent of the sixty million strong nation. A few significant steps can alleviate the situation of the persecuted communities of Burma, some of which are discussed here.

At the very least, the Burmese government and state media should stop using offensive language against the persecuted communities. When the state media referred to the Muslims of Rakhine as “human fleas”, they implicitly declared the community as unwanted. Suu Kyi should have condemned this incident and should condemn the future use of offensive language for the persecuted communities by the state media or by any official of the government. 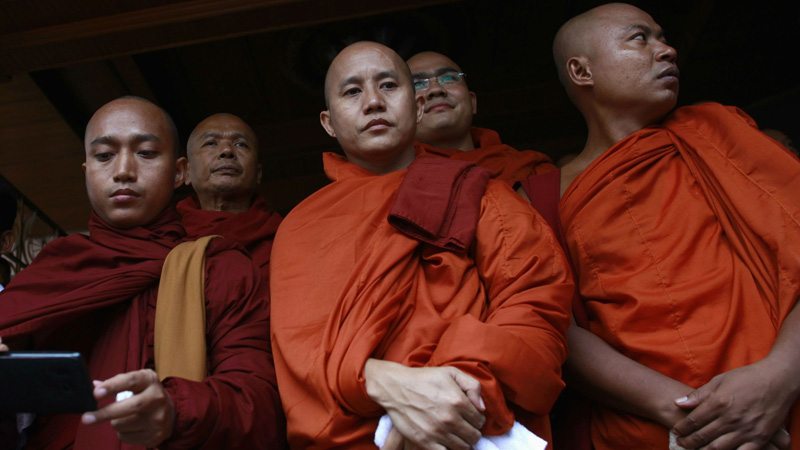 Moreover, the government of Burma must have good ties with its neighbouring countries including Bangladesh. The Burma government must ensure that if the violence spreads quickly in the country, and the internally displaced people cannot be further provided with any protection by the government itself, then at least the persecuted people should have a friendly neighbouring country where they may escape for the time until the issues that are instigating the violence are not settled.

There should be a complete ban on the speeches of the controversial figures especially of the “Burmese bin Laden,” i.e. Wirathu. Burma is a fragile country which was under the strict dictatorial rule for over fifty years. The country has over hundred ethnic minorities which call Burma their home. In such an environment, tolerating the persecution of Rohingya or persecution of Christians (that were forced to form Kachin gorilla gangs) is akin to giving a reason for another military takeover.

It is not just Myanmar where Buddhists are becoming violent. In Sri Lanka, Buddhist extremist groups are inciting violence against both Muslims and Christians

There was a time when Buddhists were known for their nonviolent nature and their kindness to even the beasts of the jungle, something that is the foundation of Siddhartha Gautama the Buddha. However, over the time, the politics had weakened the morality of the Buddhist believers. In the past, the Buddhists were known as the resisters of empires, oppression, and anti-colonialism through starvation and self-sacrifices (for example, ThíchQu?ng??c). However today the Buddhists are seen as the oppressors themselves.

It is not just Burma where the Buddhists are becoming violent. In Sri Lanka, the Buddhist extremist groups are inciting violence against the Muslims and the Christians. The Buddhist monks are taking up arms against Muslims and Christians in Thailand as well. This radicalisation is also endangering the lives of the peaceful Buddhists living outside the Buddhist majority regions. As long as Burma will not stop feeling insecure and will not distance itself from the ideology of people such as Wirathu, Burma will remain strained and uncertain for Muslim and Christian minorities.

The author is an Assistant Professor. He Tweets @Prof_MKShaikh