Relations between Pakistan and America have suffered spells of discomfort and unease ever since the south Asian country joined the capitalist block.

Islamabad’s historical role in hamstringing the expanding leg of communism in the region remains undisputed. This promoted more closeness between the two countries. After being lethally bitten by her adversary (India) in 1971, Pakistan had realised the need to have dependable friends and regional allies.

Over a period of time, this realisation grew stronger. The latter, nonetheless, continued with USA as ally despite sanctions and restrictions in civil-military aid while country was making endeavours to become nuclear power. Subsequently, the incident of 9/11 further strengthened the bonhomie between the two when al-Qaeda hit the heart of America.

Post-9/11 renewed collaborative commitment between the two countries doesn’t take us to too distant past.

For the last sixteen years, both countries were on the same wavelength to fight the spectre of militancy but the recent gash between the two occurred after USA sensed the evolving regional dynamics and brought about a ‘policy shift’, preferring India over Pakistan. While American grouse is all about Pakistan being insincere in taking decisive punitive action against some Taliban elements who are disturbing peace in Afghanistan, Pakistan has its own potent argument to reject such allegations.

To continue with decades-long friendship with USA, Pakistan put up with much of the flurry of activities of Americans including drone attacks inside her soil. America, to the anxiety of Pakistan, staged some embarrassing incidents right inside Pakistan. The most agonising being the ‘Salala Incident’ took place in November 2011. Pakistani forces were manning Salala check-post along Pak-Afghan border when American flying war machines started pounding the check-post. Over two dozen personnel were martyred including a few officers. 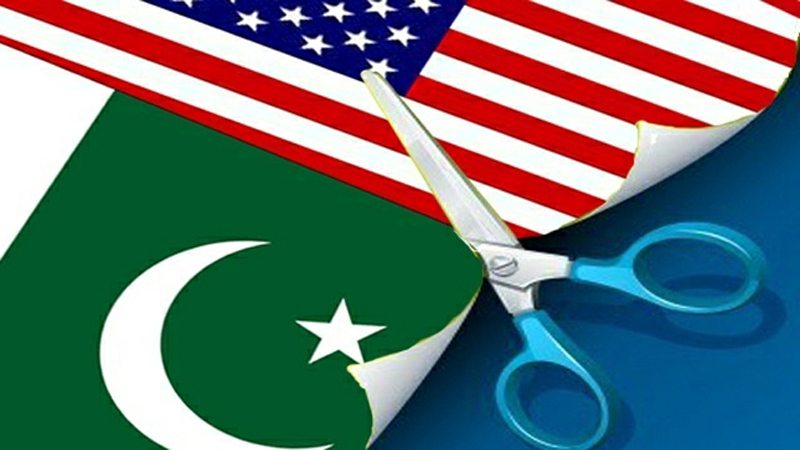 This incident generated a huge wave of anger and anguish across the country. American and NATO supply line to Afghanistan was suspended for several months until American leadership publicly felt sorry over the incident.

Americans could not cite any plausible justification warranting this brazen attack to happen. Ever since Salala incident the young officers in Pakistan army stand disenchanted towards USA and feel betrayed despite the fact that Pak-military high command’s decision for resumption of collaboration with America. Prior to that, Raymon Davis; American CIA contractor had shot dead two Pakistanis in broad-day light in a busy road in the heart of Lahore on 27 January 2011. Public uproar was genuinely high.

The obsession filled Raymon thought the men behind him were chasing him. Certainly, his shady activities had rendered him to go obsessive. Law of land took its course and soon he was behind the bars. For his immediate release the Diyat provision in law was invoked and the bereaved family was paid the blood money. Raymon turned a free bird after about six weeks’ captivity in Adiyala jail. Pakistani leadership’s magnanimity and flexibility worked well for his release despite scathing domestic criticism.

On 02 May 2011, Americans staged a show of mistrust and betrayal by unilaterally taking action against OBL (Osama bin Laden) inside Pakistan. The slighted Pakistan felt it badly and found herself in untenable situation in the face of domestic criticism. Pakistan has been in close cooperation with Americans in anti-al Qaeda operations ever since 9/11 took place but the breaking point reached after America formally announced it’s ‘policy shift’ in South Asia. This brought India close to America and reduced Pakistan’s importance. Islamabad inched closer to China and the CPEC is now the manifestation of friendship. This is certainly the wedge keeping both countries apart.

American leadership finds fault with Pakistan’s sincerity in going against the militants unsettling Afghanistan where NATO and US soldiers are now badly beleaguered. Americans allege that Pakistan is ‘running with hare and hunting with hounds’ and demanding to hunt down Taliban militants allegedly putting up in Pakistan and are responsible for attacks on NATO and American forces in Afghanistan. Pakistan has time and again made it clear that she (Pakistan) has done enough to weed out the militancy from her soil with huge sacrifices as seen from the palpable lull in the recurrence of terror incidents. Pakistani logic is irrefutable that in Afghanistan there is ‘governance fiasco’. Ethnic tensions, racial frictions, illegal drug business, low morale of Afghan forces coupled with increasing trend of desertions etc are few of the major causes contributing to weak governance encouraging militants to run amok.

While American complaints are all about Pakistan being insincere in taking decisive punitive action against some Taliban elements that are disturbing peace in Afghanistan, Pakistan has its own potent arguments to reject such allegations

Pakistan could contain and check the turbulence in her soil despite abetment to this menace from sovereign countries like India and Afghanistan with American connivance. Rag-tag Taliban militants should not pose a challenge to well-organised NATO and American forces having technological edge with capable soldiery and rich budgetary allocations. Unrest in Afghanistan cannot be addressed merely by putting pressure on Pakistan. On the other hand, Pakistan’s closeness with China is the actual cause of concern for Washington. This has occurred mainly due to Washington’s recent ‘policy shift’ wooing New Delhi to its friendly fold.

In view of this, America must read that necessity drove Islamabad to seek readjustment of her strategic ties. Pakistan has huge youth bulge, energy crisis, joblessness and allied maladies likely to generate social unrest if left unaddressed. This pressure can only be absorbed and handled with a buoyant national economy in place. China’s investment commitment in Pakistan has the potential to help Pakistani economy grow vibrant to absorb the bulging youth pressure.

Writer is a freelance contributor. He blogs at https://malibaloch.wordpress.com/ and can be reached on twitter @M_Abaloch