‘The Bastard of Istanbul’ revolves around several real life themes

The main roles in the novel revolve around two teenage girls that serve as central figures to the plot, a Turkish girl named Asya and an Armenian girl, named Armanoush. The book is an interesting portrait, consisting of several messages for readers to follow in real life and focus on 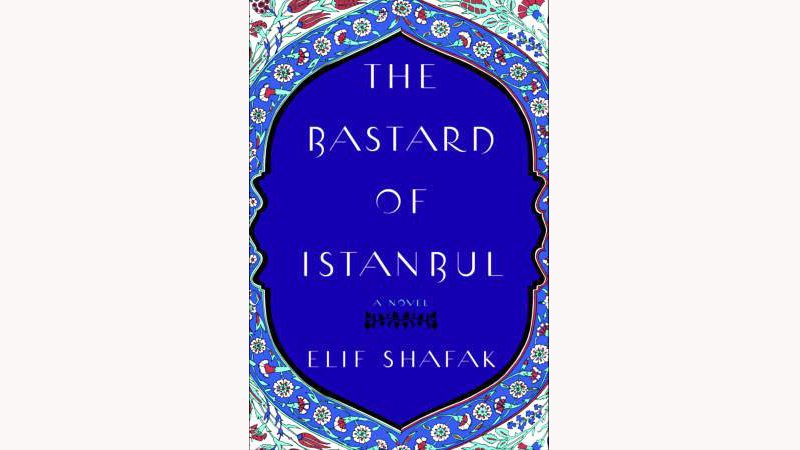 ‘The Bastard of Istanbul’ by Elif Shafak is an informative novel based on themes like relationships, memory, identity and ignorance of the massacres of the Armenians in the 1915 war. Reading the novel, one can come to terms with the realisation of things that are in need of focusing. The main roles revolve around two teenage girls, a Turkish girl named Asya and an Armenian girl, named Armanoush. They both serve as central figures to the plot. The novel is an interesting portrait, consisting of several messages for readers to follow in real life.

Identification in one’s life: Identification enhances connotation with the past generation. By having an identification, one can survive in the world with tranquility. It makes one able to breathe in peace and stroll in the street or walk in a society with ease. If it is lost, then half of a society’s members enjoy teasing and cruising around, getting a chance to raise fingers to blame some body. In the novel, without an identity, Asya suffers several times. She thinks of the past but fails to gather her memories as she has no idea about her identity. She is even called a “bastard” by her own grandmother while she is watering the plants. Asya learns the word “bastard” and starts calling the plant “bastard” too. Moreover, when Armanoush and Asya sit together over a chat in café Constantinople, she comes to realise that its members also enjoy calling her a ‘bastard’. They tell her that she has no idea of who her father is. Therefore, she is a ‘bastard,’ according to them. The novel does not only talk of identification but the behavior of people as well. The people of a society get a chance to poke gossip and blame when somebody’s ‘identification’ is not known to them.

Past connections with the present and building a bright future: Until one has no knowledge about the past, he or she cannot live in the present happily. One needs to know how their past was, and only by observing it, one gets to know how to settle for a future. In this book, both the teenage girls are surprised of their past. Armanoush grows up as a child of divorced parents. Her mother Rose calls her Amy, this name completely depicts her past and identity. After her parents’ divorce, she is not allowed to be known by her father. As a result, she suffers. On the other hand, Asya struggles in her own way, having known her father and finding it hard not having a recollection of her past. “I need to find my identity. This is a journey into my family’s past,” says Armanoush to her partner as well as to her future self. Enclosed in this is the clear message by the writer that everybody has an identification, which is needed to discover your past.

Women have power: The heart touching message in this book is that women are not less than men; they can certainly live without their help. They are not left speechless amongst men when they consider them weak. Without their presence, women can very well control situations. In the book, the Kazanci family consists of four girls and one boy. In this family, men cannot live up to more than the age of 50. Therefore, the family sends their son Mustafa to the US for his protection. Though there is no presence of a man at home, the family dominated by women carefully manages to handle all the things. Despite this, the character Zehila in the novel opens with her pregnancy where she is believed to have an abortion but gathers the courage instead to face society for giving birth to a bastard while willing to overcome the majority in Turkey and modernise the current situation of things. In the same way, Armanoush who is also a girl brings confidence in herself and escapes in search of her past memories of Istanbul though the city is in fact, considered a dangerous place for Armenians after the war of 1915. She is the one who manages to find all relations. Thus, a nice message that women are powerful and independent.

War creates distance: There is deep enmity between the Turkish and Armenians following the 1st World War in 1914. Turkish soldiers killed all Armenians weather they were women, men or children. When Shushen, one of characters who grows up and plays the role of the grandmother in the novel, was a kid, the Turkish soldiers did not spare her after capturing her entire family. She tried to hide herself everywhere but was eventually found by them. After some years, as she grew up, she fled to America. Resultantly, she lost her all relations, even blood relations with the Turkish (having close relations with the Kazanci family); war kept them at a distance. Every Armenian was of the opinion that the Turkish had no humanity in them. Also, due to the war, the Turkish were told that they had no talent to do anything. Every country thinks that their language and culture is superior. Such concepts bring discrimination between countries and give rise to war. When countries are victims of war, several people lose their blood relations when relationships are the meat of countries which should be cared for strongly. The novel leaves a great message for readers in light of the notion of survival. All of us serving under one sky should keep unity rather than creating distance and war.

More values towards men: When a man wants to do something, he does not need to ask anybody, while a woman should inform society when she is making a decision. In this novel, Zehila never listens to others and breaks the conventional rules of the Kazanci family. Several times, she was instructed not to wear a skirt, heels etc. because of being a Turkish girl. But she refused, saying that her life was her own to live and it was her that had to face the world. Mustafa, the only son in the Kazanci family, is free to wear whatever he desires and do whatever he wishes. He is also known as the “King of the house.” He rules upon his sisters, and their father does not value his own daughters. He thinks of having more sons than daughters and beats his wife with the belt over why she has given birth to four girls. Therefore, it is debatable that both genders need to be treated equally. The writer leaves this message to eradicate the misconception that different genders should be treated otherwise.

The present is a blessing for everyone. It is the current day or moment that one has to enjoy, and it is unknown how many days one possibly gets to live and make the most out of. A person must consider the present as a chance to live more and play his role towards life. As in the novel, it is said to Asya, “There is an afterlife and it’s going to be worse than here.”

Elif Shafak’s novel is brilliant. The novel is almost based to our own societies. It talks about myth, magic and jinnis and how one believes in them. The novel motivates discussion, and most people make it a necessity to know about such subjects which are nicely described in her novel. I absolutely love this book for various reasons. It consists of important issues which are imperative to know.