Trump is destroying a national treasure 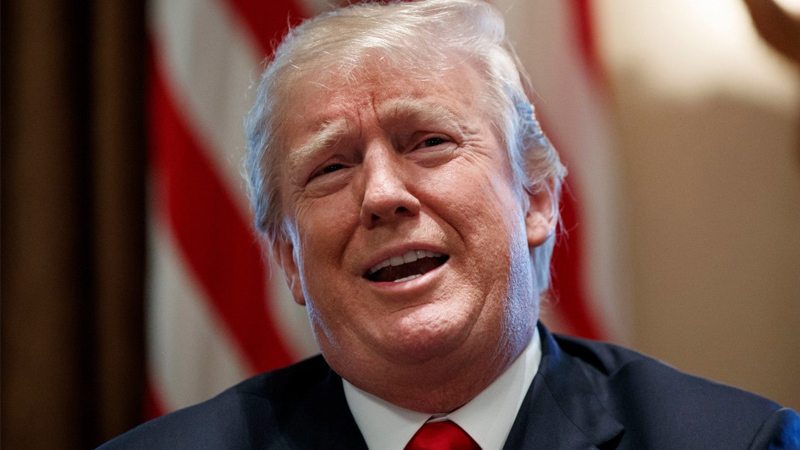 It was never a swamp, okay? But now, given President Trump’s contempt for the federal government and the political polarization that could engulf the civil service, we’re in danger of losing a national treasure.

Because make no mistake: The federal government has been a national treasure.

For all our whingeing and whining, our lame jokes about lazy bureaucrats, our paranoia about jackboots and J.?Edgar, Americans have been exceedingly fortunate in their public servants.

Not that the federal workforce is without flaws, and not that the United States is unique. But anyone who has lived overseas comes to appreciate tax collectors who do their jobs without a hint of corruption; national park rangers who are unfailingly cheerful and well-informed; public-health workers who speed to the epicenter of a gathering epidemic. These are the women and men who protect the country, help us recover from hurricanes, send astronauts into space and make sure we get our Social Security checks on time. Not a swamp.

Ah, I hear you say, the swamp is bigger than just the government; it’s the whole mess of influence peddlers, politicians and bureaucrats working together.

To which I would answer, no, not really a swamp either. Most lobbyists are honorable people who believe in credit unions, nuclear power, children’s health programs or whatever interest on behalf of which they exercise their constitutionally protected right to lobby. But if campaign money distorts the governing process – and I agree that it does – then one of the best defenses is a professional, independent, respected and self-respecting civil service led by top-quality political appointees.

Which is under threat today.

It’s under threat in part because Trump has simply not appointed a government. Almost one year into his administration, there are, incredibly, more key positions for which he has nominated nobody than there are confirmed appointees. Of 626 key positions requiring Senate confirmation that The Post tracks in collaboration with the nonprofit Partnership for Public Service, there are 241 confirmed, 136 formally nominated – and 245 with no nominee. Unfilled positions, says Max Stier, who heads the public-service group, include “the IRS commissioner, the ambassador to South Korea, the census director, the deputy secretary of commerce – fundamental jobs that involve central issues of governing.” It’s under threat because the president doesn’t think it matters that he fill those positions.

“The one that matters is me,” Trump said in the fall when asked about vacancies at the State Department. “I’m the only one that matters because when it comes to it, that’s what the policy is going to be.” It’s under threat because many of the people he does appoint are so unqualified. But the threat is not just to the top layers. Trump and his allies demean federal law enforcement, say the FBI is “in tatters,” and darkly suggest that the entire federal bureaucracy is part of a sinister “deep state” with ideological motivation.

That in turn prompts workers or would-be workers who do not share Trump’s worldview to leave, stay away or insist that the only honorable way to serve is as part of “the resistance.”

“The real sad piece is that it’s not just about the president,” Stier worries. “It’s about the institution of the government and the workforce becoming part of the battleground.”Those who fear a deep state want to undermine civil-service protections and fire bureaucrats. Those who fear Trump want those same bureaucrats to resign in protest.

“Both approaches misunderstand the purpose of our career civil service and devalue a core asset of our democracy,” Stier says – an asset that is “the central institution for addressing the nation’s most critical problems.”

It’s not easy yet to measure the impact of all this. The Post has reported on a worrying draining of talent from the diplomatic corps; foreign-service applications have fallen by half, Stier says. The Office of Personnel Management says that during the first six months of the administration, 71,000 career employees quit or retired, compared with 50,000 in the first six months of the Obama administration. But the exodus could well intensify, especially given that the politicization comes atop long-standing failures to move government personnel policies into the 21st century. “All of those problems are worse because the world is changing faster and more time has passed,” Stier says.

This is a treasure that has not yet been lost. But it’s easy to see that, like so much else we have taken for granted, like the United States’ position of leadership in the world, it would be far easier to destroy than to rebuild.