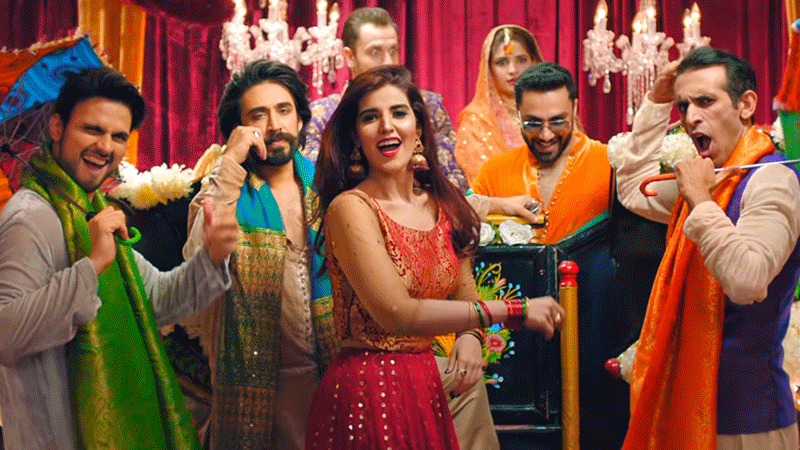 Being the first Pakistani film release of 2018, the anticipated comedy-action flick Parchi released nationwide on January 5, 2018. Having interviewed the cast, I was eager to tune in and experience the vision Imran Raza Kazmi, the producer of the film, had set forth for the project. This is his third mainstream project as a producer after working on the 2013 horror film Siyaah and the 2016 romantic comedy Janaan.

Starring Hareem Farooq, Usman Mukhtar, Ali Rehman Khan and Ahmed Ali Akbar as the leading pack, ‘Parchi’ explored a completely different dimension of Pakistani cinema and gave the audiences a run for their money. The movie blended comedy, action and bits of drama and was not merely restrained to laughter and fun but seriousness and importance of close-knit relationships. The story revolves around Ali Rehman’s ferocious character Bash, a con man, who winds up in a muddle, along with his friends after receiving a parchi from one of the antagonists in the film. Things spiral out of control thereon and havoc ensues.

Hareem Farooq’s animus character, Eman helps Bash and his friends escape the ordeal however the mess keeps piling up. The movie has been executed brilliantly by Azfar Jafri and Hareem encapsulates her role as Eman phenomenally. It is a no brainer that Imran Raza Kazmi produced

‘Parchi’ exceptionally well and his hard work reflects in the film.

Ali Rehman Khan delivers a decent performance as Bash; newbie actor Usman Mukhtar gives life to his role as innocent Bilal and of course, Ahmed Ali Akbar’s character Saqlain does not fall short of praise either! There are not many Pakistani films I invest my heart into but ‘Parchi’ was unique in its direction, script and acting. Each character had its respective personality intact and was independent of the other.

What makes Parchi standout from mainstream Pakistani films is the uniqueness and prowess of Eman’s bold and daring character. In that respect, the film indirectly empowers women to be independent and headstrong. Hareem Farooq’s lead character is not an average, decent or quiet young woman; she is fierce and fabulous, leading three men in the movie and rightfully so.

What surprises me is that the film was shot exclusively in Islamabad and by the looks of it, I was awestruck. The film progresses steadily and builds up in its momentum and storyline. While some scenes are intense, others are a combination of mild drama and comedy. Moreover, the production, narrative and acting are some of the best features of the film, hands down!All in all, ‘Parchi’ has a come a long way and is definitely worth the watch. The fun driven film is a family entertainer for sure and manages to tease and thrill simultaneously. The acting in the film is a testament to the cast and crew’s devotion and hard work. The cinematography is impressive and so is the direction given that the entire film was shot in Islamabad. Having said that, give ‘Parchi’ a shot. Believe me when I say it, you won’t be disappointed!