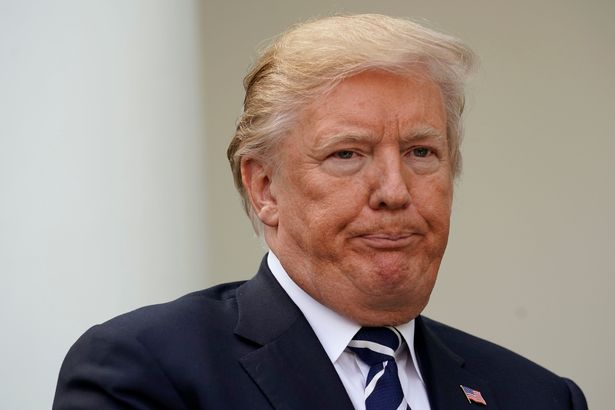 LAHORE: US President Donald Trump has accused Pakistan once again of providing safe havens to terrorists from Afghanistan.

Trump took to Twitter on Monday to say that the US had “foolishly” given aid to Pakistan over the course of 15 years and Islamabad had given the US nothing but “lies & deceit”, thinking US leaders as “fools”.

“They give safe haven to the terrorists we hunt in Afghanistan, with little help. No more,” Trump added.

The United States has foolishly given Pakistan more than 33 billion dollars in aid over the last 15 years, and they have given us nothing but lies & deceit, thinking of our leaders as fools. They give safe haven to the terrorists we hunt in Afghanistan, with little help. No more!

Time for Afghanistan, US  to ‘do more’

Responding to the US’s claims regarding the presence of terrorist elements in Pakistan, Maj Ghafoor said, “No organised infrastructure of any banned organisation is present in Pakistan. We have fought twice an imposed and imported war in Pakistan and now we cannot do any more for anyone.”

He was addressing the media on December 28.

“What kind of friends or allies are we, that notices are being given, Pakistan cannot compromise on its honour,” he said, adding, “when it comes to security of Pakistan we all are one.”

Clarifying about the Coalition Support Fund, he said the fund received from the US  is reimbursement of money spent for operations in support of the coalition for regional peace. “Had we not supported, al-Qaeda would not have been defeated,” the ISPR chief stated.

He added: “Whatever we are doing and we will do is solely for the people of Pakistan. The aid we received (from the US), was reimbursement for the support we gave to the coalition for its fight against Al Qaeda, had we not supported the US and Afghanistan, they would never have been able to defeat Al Qaeda.”

“There are no facilitators in Pakistan and we have gone a long way to support peace in the region,” Major Ghafoor said, reiterating Pakistan’s stance on the US’s repetitive demand for the country to “do more”.

Talking about the measures taken by Pakistan against for the elimination of terrorist elements from the region, Ghafoor said, “We have started the construction of forts and posts on the Afghan border, for effective border management, what more does the US and Afghanistan want from us?”

He added: “It is time that Afghanistan and the US do more for Pakistan.”

“No country is more interested in Afghan peace than us, as we know that peace there means peace in Pakistan,” the DG ISPR said while adding that the US needs to check India’s role in the Afghan region.

“No amount of coercion can work, it is only trust based cooperation that can bring enduring peace to the region,” he said

He said the army has also taken an ‘indiscriminate’ action against the Haqqani Network in North Waziristan.

“It is the turn of Afghanistan and US to do more [rather than asking Pakistan to do so],” he added.

Spelling out incidents foiled by intelligence agencies, he said 254 incidents were averted in Khyber Pakhtunkhwa and FATA, 177 in Balochistan, 28 in Sindh and 18 in Punjab, adding that 96 per cent of temporarily displaced persons have returned to their native areas in the tribal areas.