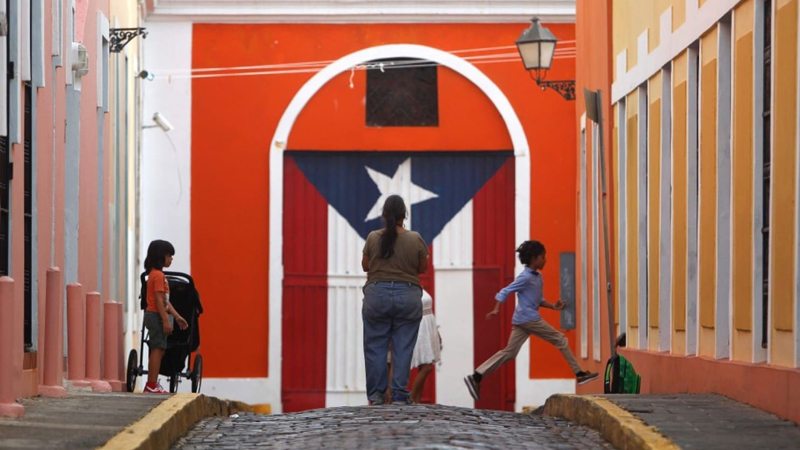 The tax bill due for final passage Wednesday could be as damaging to Puerto Rico’s economy as Hurricane Maria was. Provisions of the legislation aimed at bringing operations and jobs back to the United States from overseas would apply to Puerto Rico just as they would to India, Ireland or any other foreign jurisdiction. The result will be the loss of American jobs and investment on the US commonwealth. If President Trump signs it into law, it will be a hard blow at the worst possible time.

That Congress would pass such a measure with blithe disregard for its effects on Puerto Rico is no surprise. It is yet another example of the federal government’s lack of coherent policies regarding the commonwealth since at least the early 1990s, whether controlled by Democrats or Republicans. The result has been that much of the economic ground that had been gained since World War II has been lost, with growing dependence on either federal aid or stateside emigration as the solution to the island’s problems. That’s not sustainable, and it’s about to get far worse.

A 12.5 percent tax on profits derived from intellectual property held in foreign jurisdictions, included in the final version of the tax legislation, would be the latest setback. Puerto Rico is a domestic jurisdiction in US law – except for tax purposes. For decades, this arrangement has exempted Puerto Rico residents from paying federal income taxes, although individuals do pay into Social Security through withholdings. It also has allowed for the attraction of needed investment and high-paying jobs in manufacturing, which now accounts for 47 percent of the island’s gross domestic product, or more than $48 billion. Much of that sector is composed of pharmaceuticals and medical devices that generate revenue from patented drugs and technologies.

This new tax is designed to make offshore operations less profitable, thereby putting pressure on companies to relocate back to the United States. Because Puerto Rico is considered foreign by the Internal Revenue Service, and the most significant manufacturing outfits on the island are organized as controlled foreign corporations, the tax would be levied on these operations, potentially costing thousands of American citizens their jobs. Leaders from both of the island’s major political parties joined with a broad private-sector coalition to request an exception, but Congress didn’t listen.

History serves as a guide. Section 936 of the Internal Revenue Code, a federal tax incentive scheme for Puerto Rico created in 1976, was repealed in the mid-1990s to balance the federal budget. After a 10-year phaseout culminating in 2006 – unsurprisingly, also the first year of the current recession in Puerto Rico – the federal government did not actually receive any additional revenue from Puerto Rico-based manufacturing concerns. Most companies simply decided to relocate to countries such as Ireland, not to a US state, and more than 80,000 jobs were lost, as well as an important engine of growth.

A second such knockout punch to the island’s most important economic sector now, after the virtual collapse of the economy in the aftermath of Hurricane Maria, would be catastrophic not just for employment and investment, but also for Puerto Rico’s ailing public finances. Fully 30 percent of General Fund net revenue, close to $3 billion, depends on manufacturing. Driving those companies away would make it impossible to implement a fiscal plan under PROMESA, an Obama-era law ostensibly designed to return the local government to solvency.

There are now differing opinions about the effectiveness of this tax; one expert argued recently in The Post that it would create “‘a perverse incentive’ to shift assembly lines abroad.” But the matter raises a more important question about the relationship between Washington and Puerto Rico. What’s truly relevant is that legislators and Trump believe that it will work to promote the relocation of jobs back to one of the 50 states – and yet they made no provisions for Puerto Rico, a galling admission that the livelihoods of 3.4 million American citizens are of no concern to them.

This decades-long record of apathy toward the island has brought us policies that impoverish the Puerto Rican people and the appointment of an unelected and unaccountable Financial Oversight Board that has no place in a nation ostensibly founded on principles of democracy and self-governance. This latest outrage harks back to America’s colonial policies in the first half of the 20th century. Then, hurricanes and mismanagement by American governors had turned Puerto Rico into “the poorhouse of the Caribbean.” Today, despite a period of significant growth spurred by local leadership and collaboration with the federal government between the 1940s and the 1980s, the economy is again in a shambles.