She takes her readers along with her into foreign climes and connects them with different lifestyles and traditions...
In doing so, she confirms that human experience is shared and similar

Bilquis Riaz is a prominent prose writer of our times. She has authored more than thirty books that cover fiction, travelogues and short stories. In addition to this, she is a regular columnist with daily newspapers and weekly magazines. Her works deal with the everyday lives, emotions of characters and also provide an insight into the contemporary society. I selected her works as a subject of my academic thesis due to the unique style and voice of the author.

Her first novel, Dilaur Deewar was published in 1980. This novel was a love story but also gave a perspective on family dynamics. Pakistan Television adapted this novel for a television series. Her later novels Mahvash, Hadsay, Asman and others were widely read and noticed by critics for their direct style, every day and contemporary language. Her writings are confirm the maxim that art above all is for the life’s sake. This is why her style is unique in fiction for it depicts life as it isand focuses on the inner lives of the characters. 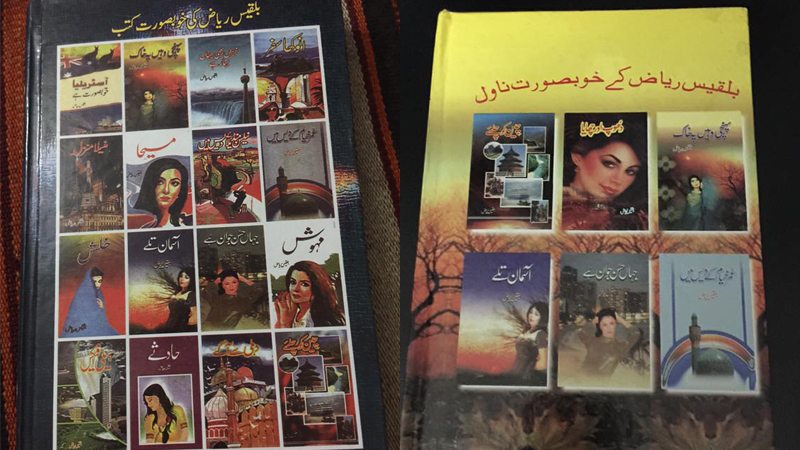 After establishing herself as a fiction writer, Bilquis Riaz turned to travel writing. In the last two decades she has authored more than a dozen travelogues. Her visits to different countries of the world with her husband provided this unique opportunity for her to explore different cultures and relate them to how a Pakistani views the outside world. Her travels to USA, United Kingdom, South Africa, the Philippines, Iran, India and Canada present the sights and sounds of the places she visits but also stories of people she meets. In particular, these travel books highlight the routines, dilemmas and aspirations of expatriates. These writings are filled with dialogue, conversations and descriptions that a lay reader can easily relate to. At the same time, the travelogues offer insights into complex issues of identity of Pakistanis abroad.Above all, these travelogues confirma strong grip over an engagingstyleand strong narrative skills.

Her warmth is reflected in her writings. She writes about fictional characters with empathy as if they were her friends or relatives

The writer is a keen observer but also reflects along the sides. In this position, Bilquis Riaz takes her readers along with her into foreign climes and connects them with different lifestyles and traditions of other people. In doing so, she confirms that human experience is shared and similar. Many of these travel books are detailed work on a canvas; and when it comes to western societies, the writer is honest in her descriptions of both the beauties and ugliness of the places she visits. 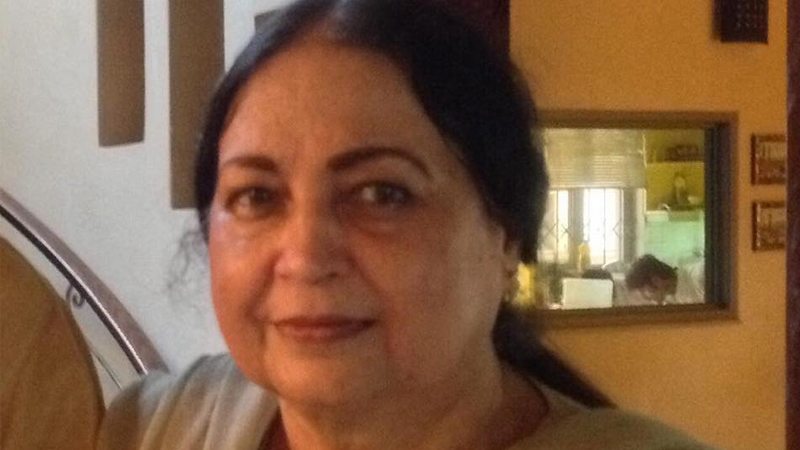 Another important genre of Bilquis Riaz’s writing portfolio is the hundreds of columns that she has authored over the decades. They merit a detailed study, as these columns are quite different from the usual writings on Urdu newspapers’ op-ed pages. In general, Urdu columns are about politics or political personalities but Bilquis Riaz has focused on the society and its various dimensions. In an industry dominated by men and their concerns, Bilquis Riaz brings forth the voice of a woman, a wife and a mother who is concerned about issues like dowry, inequality, parenthoodetc. Using anecdotes that she gathers in her social interactions, every column presents a composite theme with reflections by the writer at the end. During her writing career she was mentored by Ahmad Nadeem Qasimi, Ali Sufiyan Afaqi, Riffat Abdul Qadir Hasan, Majeed Nizami, amongst others. Late Ahmad Nadeem Qasimi noted that her writings highlighted the social divisions and the rigid class differences within our society.

In an industry dominated by men and their concerns, Bilquis Riaz brings forth the voice of a woman, a wife and a mother who is concerned about issues like dowry, inequality, parenthood, etc

Bilquis Riaz studied at the Convent of Jesus and Mary, Lahore. Later she attended Queen Mary College, Lahore College for Women and completed her masters in Urdu from Punjab University. Her literary journey has been impressive given that she was also a devoted mother of three children. As they say, writing needs dedication and more importantly, a lifelong passion. Her experimentation with different styles and genres was an attractive subject for my academic inquiry. In fact, the immense readability of her style – as it avoids complex sentences and difficult vocabulary – is what makes her writing so appealing. This is also the reason that it has found a place in newspapers and magazines.

During my research, I got to know her and found her to be extremely humble and affectionate. Her warmth is also reflected in her writings where she writes about fictional and real characters with empathy as if they were her friends or relatives. I will conclude with the words of a noted Urdu literature critic Anwar Sadeed: ‘Bilquis Riaz has a prominent place among women writers who have viewed the world through the eyes of their personal experiences. Her writing presents the feminine perspective and makes social reform a priority. Her observations are profound, and the narrative is pleasant and simple.’