His real name was Abdul Rehman. He was always well dressed in a suit and necktie. By nature, he was not a talkative person, and he did not visit the producers’ offices for work 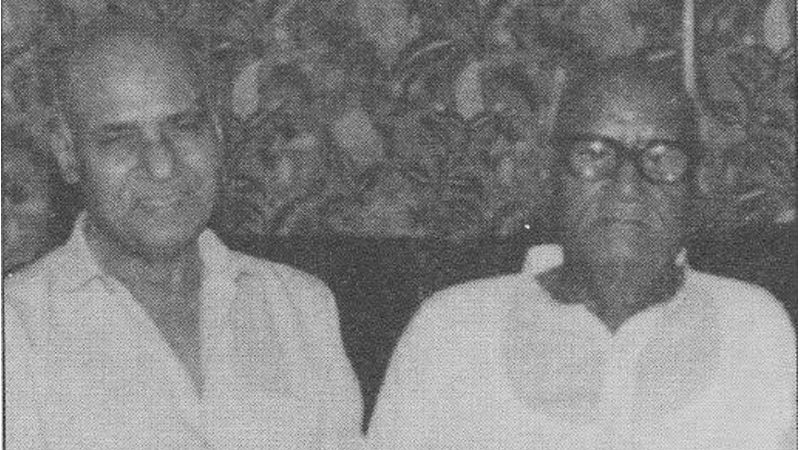 Before Pakistan came into being, a Jori (duo) became popular as music composers on the silver screen, namely Verma Ji & Sharma Ji. The word ‘Ji’ stood for Saheb (Mister) out of respect in Urdu/Hindi languages. Verma Ji opted to stay in Pakistan and Sharma Ji in India. Whereas Rehman Verma became a successful music composer in the Pakistani film Industry, the latter became a highly successful music composer in the Indian film Industry, named Khayyam. Ideally the latter should have been named Zahoor Sharma but the famous producer/director Zia Sarhadi named him Khayyam when their film ‘Footpath’s’ music became a hit (Talat Mahmud’s song Sham-e-Ghum Ki Qasam). Both stated in their interviews at various times that they were pupils of famous music composer Baba G. A. Chishti. Film ‘Heer Ranjha’ was their first movie as duo music composers in India. After Khayyam came to Bombay, he sang a few songs in the initial part of his career. One such song was from the film ‘Rasili’ (1946), sung with Geeta Dutt (Roy). The lyrics were ‘Neh Laga Mukh More Gaya/Duniya Ko Tarapte Chore Gaya’. Khayyam who later excelled as a music composer sounded young in this song with a voice that was as beautiful as the stars shining in the sky. This song was composed by Hanuman Prasad with lyrics by Gafi Harnalvi.

I woke to the talent of Rehman Verma with the song ‘Jadaun Teri Duniya Taun Payar Tur Jaye Ga’ rendered by Madam Nurjehan and Mehdi Hassan for Iqbal Hassan-Naghma starrer Punjabi film ‘Sassi Punnoo’. I saw this film in Palace Cinema (now replaced by an ugly Plaza) on Lahore McLeod Road. The melody of this song still captivates me. Lyrics for this song were penned by Ahmad Rahi. One of the other songs of this film was ‘Ni Lang Jaana Assaan Dillan Tei Paer Dhar Kei’. One of the other songs with a catchy tune was ‘Assaan Jhok Punal Di Jaana’ sung by Nurjehan. The support cast comprised Aliya, Munawar Zarif, Mazhar Shah and Ilyas Kashmiri. 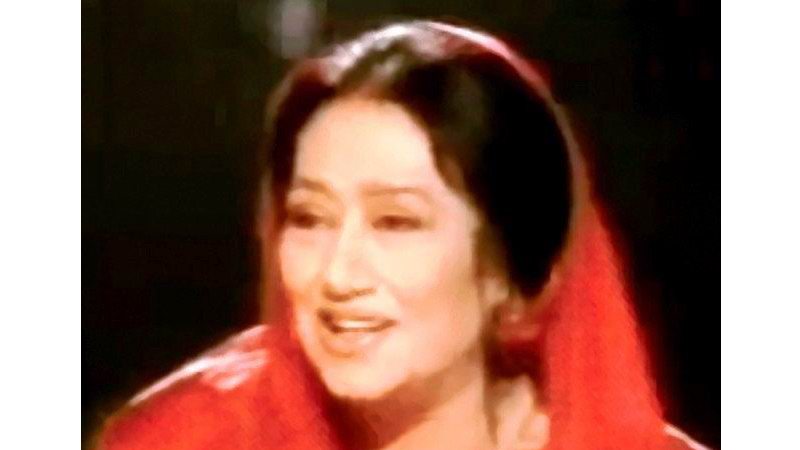 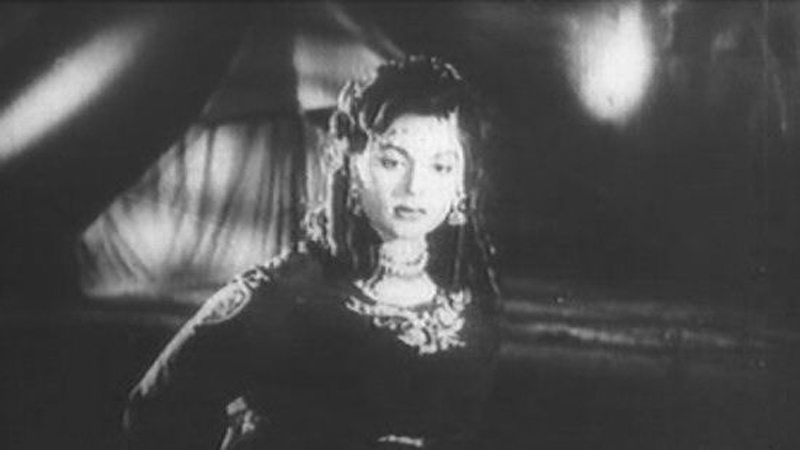 We must mention something about singer Irene Parveen who sang a few songs for Rehman Verma. Irene Parveen was a famous playback singer in the 1960s. Her first film was Noor-e-Islam in 1957. She got a breakthrough from film ‘Banjaran’ in 1962 and was very busy in both Urdu and Punjabi films. Her most super hit Urdu song was in film ‘Aaina’ in 1966 ‘Tumhi Ho Mehboob Meray, Main Kyun Na Tumhen Pyar Karun’ and her most super hit Punjabi song was a duet with Masood Rana ‘Nikkay Hundiyan Da Pyar, Wekhin Devin Na Wisar,’ in film ‘Mirza Jatt’ in 1967. She was the best ever female singer to sing comedy or parody songs and sang many comedy songs with Ahmad Rushdi as in film ‘Behan Bhai’ in 1968 and ‘Haal Kaisa Hei Janab Ka’ with Batish in Khandan (1964).

One of the other films not mentioned above was ‘Ghazala’ released on August 23, 1963. It was directed by Daud Chaand with Shamim Ara, Habib, Asad Bukhari, Nazar and Zeenat in its cast.

Rehman Verma stated to the host Yasmeen Hameed in his interview in the programme ‘Fun Aur Fankaar’ that he believed in passing on a message through his songs like in poetry. This programme was produced by Rafique Ahmad Warraich for PTV in the 1990s.

Regarding his composed song ‘Vei Lagian Di Lajj Rakh Laeen Kite Bhul Na Javeen Anjaana’ rendered by Madam Nurjehan for the film ‘Chor Naale Chattar’ (1970), Rehman Verma blended folk with Raag Jonpuri, a morning Raag. The lyrics are out of this world, a woman wailing in this selfish world. On higher pitch, Madam Nurjehan’s vocals excelled. The agony and delusional paranoid feelings will make one cry. 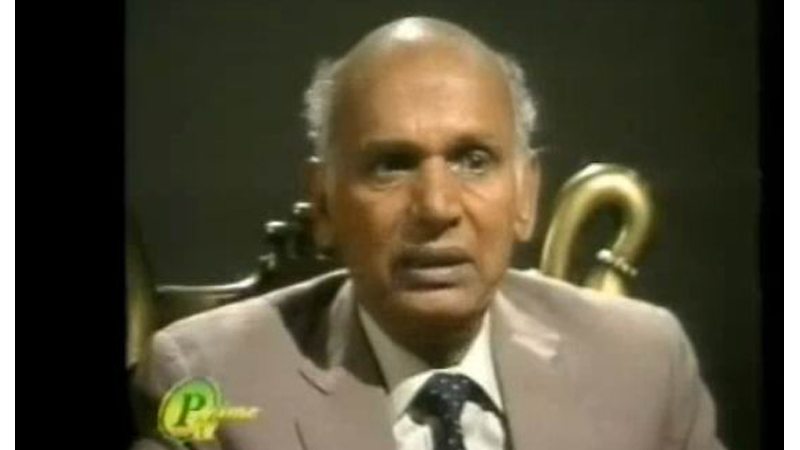 It took me lot of pain to get information on Rehman Verma’s composed songs. During one of such searches I found some information on a 1947 movie ‘Yei Hei Zindigi’ produced by S. D. Narang and directed by N. E. Akhtar with Narang. Actually, music was given by B. A. Chishti but Rehman Verma’s name appears as his assistant. M. Ismail who later excelled in Pakistani films acted in the film along with Begum Parveen, Kalavati and S. D. Narang. Arsh Lukhnawi wrote songs for this film.

In the 1950s and 1960s, the competition was very strong among music composers for Pakistani films. Rehman Verma did not get big banners to compose music for. However, as is the norm of the day, once his costume and action films like ‘Baghi’ became successful, he started getting work in such types of films though he did not like being a typecast. Incidentally, music composer Kamal Ahmad was Rehman Verma’s discovery who assisted him in the film ‘Nadira’. Singer Mala rendered a song ‘Dil Ko Aaj Dilber Mila’ filmed on the dance performance of actress Saloni. The other actors of this film were Rani, Aijaz, Habib, Talish, Rekha, Adeeb, Zulfi, Seema, Sahira Bano, Hina and Shahnawaz.

‘Baghi’ – Rehman Verma’s first film: We have just mentioned Rehman Verma’s film ‘Baghi’ (1956) in which Zubeda Khanum rendered a hit song filmed on Musarat Nazir who is seen teasing Sudhir in this song. Lyrics of this song are ‘Balam Tum Haar Gaya Jeeta Mera Pyar Ho/Mano Na Mano Piya Tum Apni Haar Ko’. This was an eventful year for Zubeda Khanum as she sang for many hit films including ‘Sarfarosh’, ‘Hameeda’, ‘Miss 56’ and ‘Baaghi’. The latter film was an action-packed drama, directed by Ashfaq Malik. This film proved to be a breakthrough both for music director Rehman Verma and Zubaida Khanum. This movie had another of Zubeda’s songs, ‘Kaise Kahoun Mein Alvida’. It is stated that Zubeda Khanum’s cascading chords coiled around the lyrics captivating Rehman Verma’s creations like vintage wine. Zubaida’s parents had migrated from Amritsar and settled down in Lahore, but Zubaida Khanum did not belong to any musical ‘gharana’ and singing was not part of her family norms. It was purely her passion and talent plus financial need, which necessitated her entry in films and then turned her big in the film industry. Before Nurjehan changed the concept of playback singing in the 1960s, what remained unaffected, however, was that Zubaida’s sweet voice continued to be filmed mostly on Musarrat Nazir and Sabiha, the two leading ladies from the 1950s. At the height of her career, Zubaida married famous camera man Riyaz Bukhari and bid adieu to a distinguished playback singing career. 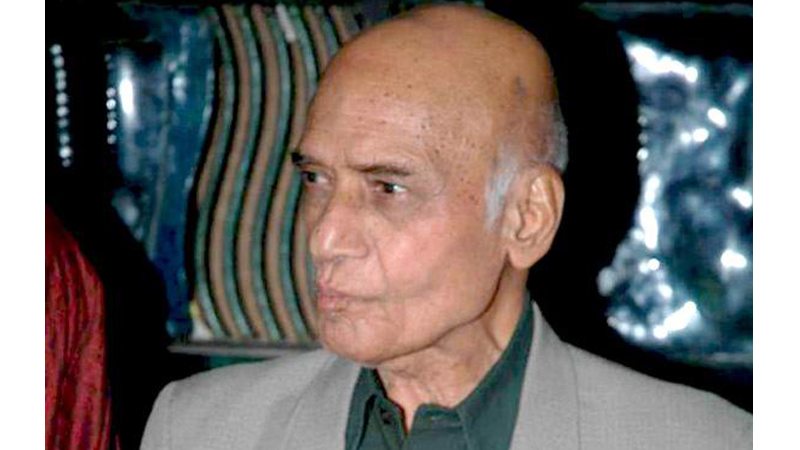 One of the other movies worth mentioning is ‘Darbaar’ (1958) with lyrics by Musheer Kazmi in which singer Kauser Parveen excelled in the songs ‘Payal Mori Chanke Kangan Mora’ and ‘Na Jao Jane Waley Din Hain Bahar Kei’. This film was released simultaneously in Karachi and Lahore circuits on August 22, 1958. Produced and directed by Riaz Ahmad, its cast was Sabiha, Santosh, Neelo, Yasmin and Allauddin. Another Rehman Verma film is ‘Khota Paisa’ with Muhammad Ali and Saloni in its cast. A song worth mentioning is ‘Main Kehta Hun Mujh Ko Tum Sei Pyaar Hei’ rendered by Ahmad Rushdi and Irene Parveen.

Film ‘Khandan’ (1964) had Muhammad Ali in a double role. The support cast was Naghma, Kamal, Habib and Hina (a new face). The song ‘Dil Leke Mukar Nahin Jana’ by Mala, penned by Mushir Kazmi became popular. Mala, Naseem Begum, Irene Parveen and Batish sang the songs. A comedy song ‘Haal Kaisa Hei Janab Ka’ by Batish and Irene Parveen resounds in my ears. Lyrics for this film were penned by Habib Jalib and Siddiq. It was produced and directed by Riaz Ahmad. 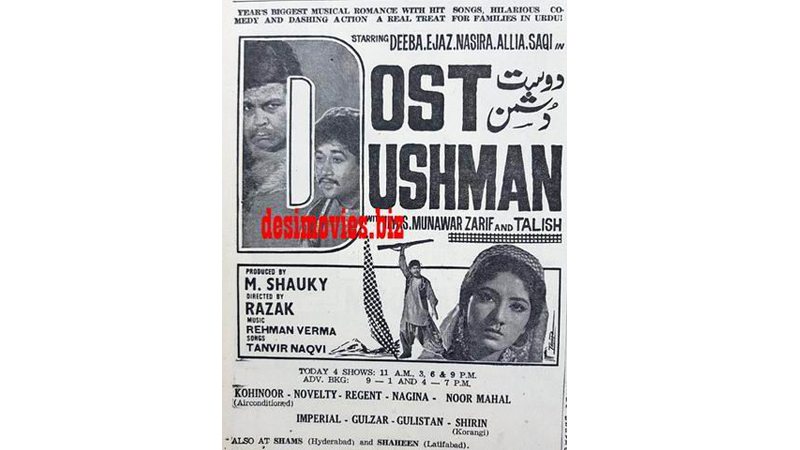 Rehman Verma composed a motivational song ‘Dharti Ka Seena Cheer Kei’ filmed on Sudhir for the film ‘Farz Aur Muhabbat’ (1972). Nayyar Sultana and Talish were the other stars of this film.

Active years and demise: Rehman Verma was born in 1927 and died on August 11, 2007. His real name was Abdul Rehman. He was always well dressed in a suit and necktie. By nature, he was not a talkative person, and he did not visit the producers’ offices for work. When approached by film makers he was ready to oblige them for films of his choice. That is the reason why he did less work, but whatever he did was of qualitative nature. I met him in 1968 when singer Naseem Begum took me to a film office in a cinema where presently Gulistan Cinema on Abbot Road is located. Rehman Verma was present there and he made me rehearse a duet for his film on the recommendation of Naseem Begum. This dream song could not be recorded as I left for UK for my higher studies the same year. However, I sang a duet with Nayyara Noor for my PTV music serial ‘Sangat’ in 1973 on my return. It was a song penned by Adeem Hashmi ‘Dil Bhi Hei Tera Meherbaan’; finally, a dream fulfilled to be able to sing Rehman Verma’s composition.