Two events that took place on the same day but decades apart changed the course of Pakistan.

On December 16, 1971, the war for Bangladesh’s independence ended. An estimated 300,000 people lost their lives in the war. East Pakistan separated from Pakistan and People’s Republic of Bangladesh, a sovereign state was formed.

On December 16, 2014, the massacre of schoolchildren of Army Public School (APS) Peshawar took place. Six Tehreek-e-Taliban Pakistan (TTP) terrorists entered the premises of the school and opened fire. As a result 134 people, including children and staff members were killed and 121 were injured. Pakistani forces were quick to respond to the emergency and saved the lives of 960 people, including students and staff members. Following the incident, National Action Plan (NAP) was announced by the Government of Pakistan in January 2015 to eliminate terrorism in the country.

Here is an infographic timeline to draw comparison between the two tragedies. 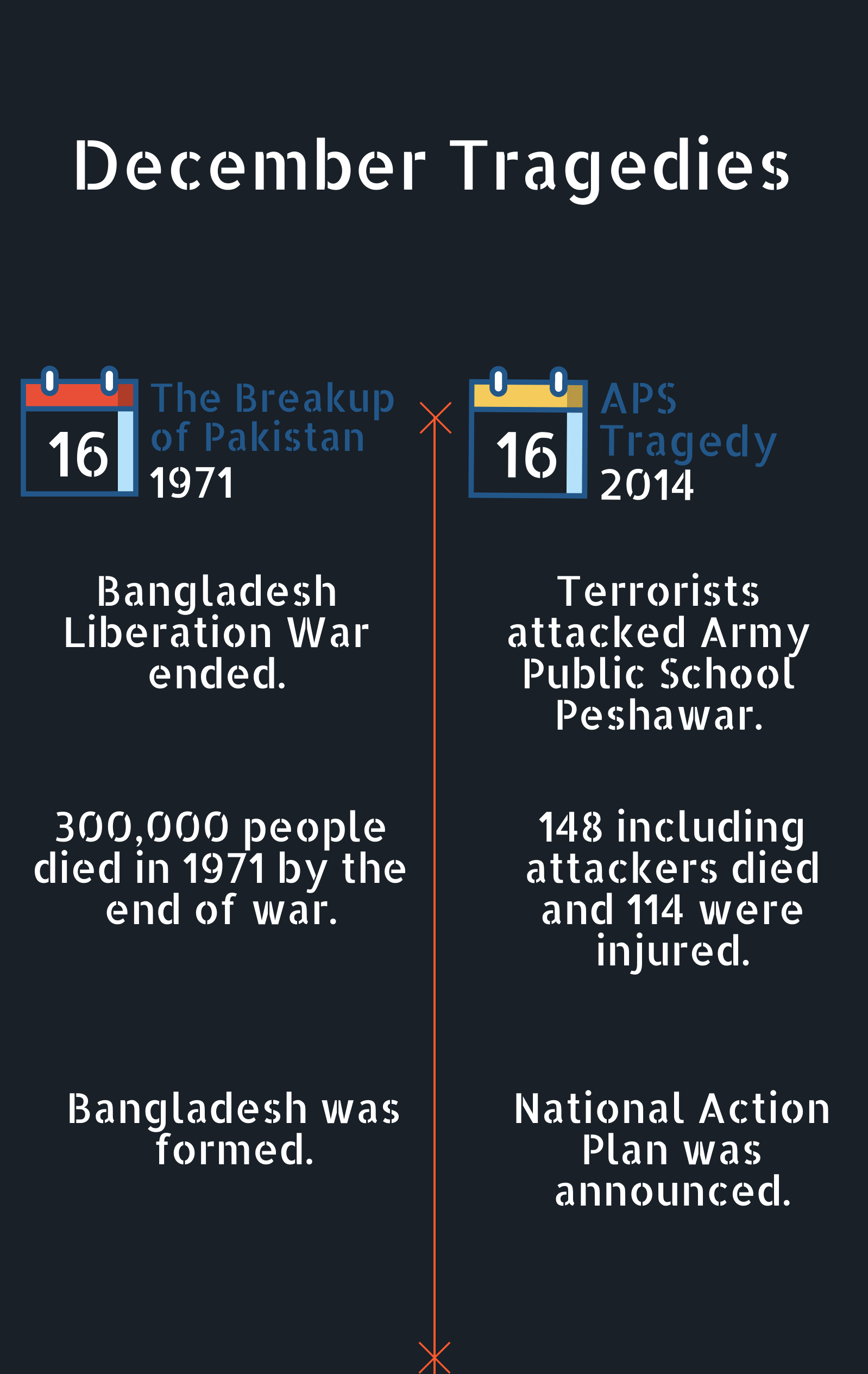