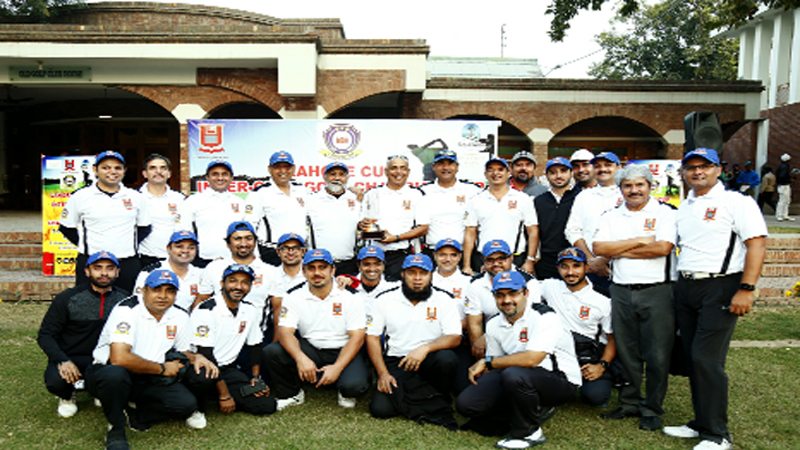 LAHORE: Lahore Gymkhana Club, captained by Amir Mehmood, defeated Defence Raya Club to win the Inter Club Golf Championship, also termed as Lahore Golf Cup, at Lahore Gymkhana Golf Course here on Sunday. The inaugural Lahore Golf Cup – representing a clash between the 20-member teams of Royal Palm Club, Defence Raya and Lahore Gymkhana – came to a nerve shattering conclusion after three days of battle yesterday. The first round was played at Royal Palm Course on Friday, the second at Defence Raya Course on Saturday and the final round at Gymkhana Course. That Lahore Gymkhana finally won and prevailed over Defence Raya with an advantage of one and half points was due to destiny and the combined efforts of the winners who applied their abilities to the maximum to end up successful and thereby achieve glory. In the overall reckoning, Lahore Gymkhana managed to accumulate a three days aggregate of 72 points as against 70.5 points compiled by their nearest rivals Defence Raya. Royal Palm did not fare well and could gather only 37.5 points.

The championship, a brain child of Lt Gen Mohammad Tariq, reminds us of the traditional clash between the cricketing teams of Govt College Lahore and Islamia College Lahore which generated considerable interest a few decades back. And now the same vigour and energy has travelled to the golfing arenas of Lahore.

Other contributions came from Tanwir Najm and Sheharyar Anwar who fetched 1.5 points each. The single point contributors were Waleed Zubair,Farooq Khan,and Asim Zafar. Defence Raya caused tremors through the performances of Omer Salamat, Ahmed Rafi, Ahmed Jibran, Khurram Khan, Umer Chaudry, Danyal Lashari and Mikail Majid. All of them crushed their opponents to add two points each to the team total .Whereas the team captain Dr Dildar Chaudhary contributed 1.5 points, Haroon Arshed also added 1.5 points. Single points were chipped in by Imran Ahmed, Jamal Nasir, Majid Mushtaq, Col Ikram, Umer Chaudhary, Shahid Siddique and Dr Shafqat. The champion who stood out for Royal Palm was the rising fourteen years old star Damil Ataullah. He beat his senior rivals like Wazir Ali and Zunair Aleem to appear as the best team member of Royal Palm. Dr Tashbeeb was another one to shine for Royal Palm and so did their captain Lt Gen Mohammad Tariq.