PTI, SUP to protest delay in construction of double-track road 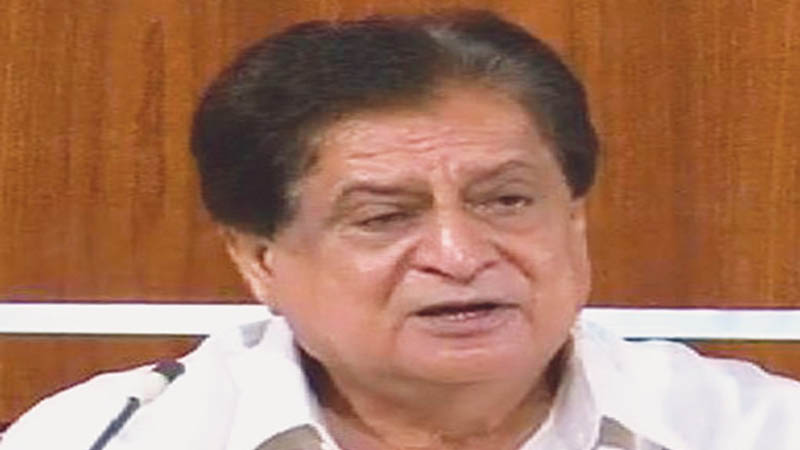 DADU: Leaders of Pakistan Tehreek-e-Insaf and Sindh United Party Dadu announced to launch drive against non-construction of double track road and usage of sub-standard material in widening of a road at 20 different places from Jamshoro to Sehwan.

The leaders of both parties demanded National Accountability Bureau to take notice of usage of sub-standard material in widening of road along with its left and right sides of Jamshoro-Sehwan Indus Highway at 20 different places.

He said that within 12 months period, at least 200 people had been died and at least 500 people were injured in road accidents on different places of Jamshoro-Sehwan Indus Highway.

He said heavy traffic was plying on this road but officials of local administration were not controlling heavy traffic. He said that road accidents at different places on this road on daily base have become routine.

Jatoi said that on humanitarian basis, the work of construction of double track on this road should be started.

SUP Chairman, Syed Jalal Mehmood Shah said that SUP has launched a drive against none construction of double track road and he warned if it would be more delayed to construct double track road on SehwanJamshoro on Indus Highway, more road accidents would cause more deaths of passengers.

He said that despite recovering of millions of rupees taxes monthly on vehicle tax head at two separate places at toll plaza on Jamshoro-Sehwan Indus Highway, construction of double track road has been delayed.

Secretary General SUP, Roshan Buriro said that officials of district administration of Jamshoro and Dadu were allowing heavy loaded traffic on this Indus Highway which was causing damage to roads and accidents at different places.

The leaders demanded of NAB to arrest contractors and officials concerned those were playing with lives of people by using sub standard material on widening of road at different places.

National Highway Authority and district administrations of Jamshoro and Dadu were responsible of deaths of passengers. They demanded release of compensation to deceased and injured in road accidents at Jamshoro-Sehwan Indus Highway.

SUP senior leader, Mir Moula Bux leghari said that if concerned contractors and involved officials were not arrested they would start demonstrations in each town in Jamshoro and Dadu district.