The growing deterioration in air quality demands that the government takes bold policy decisions to switch the transport system, industries and brick kilns to cleaner fuels and smarter technologies besides strict enforcement of pollution-mitigation equipments in factories

It is a ritual for the media to carry reports of intense fog and smog that invades the plains of the country and its impact on the people every winter. It costs dozens of lives and makes thousands of people seriously ill besides incurring huge economic losses owing to suspension of work. With each passing year the severity of the smoky haze rises but no serious remedial measures have been taken.

Last year, 2 November was Lahore’s worst day of the season in terms of smog; the smoky fog enveloped the city all day. This year, the situation has deteriorated further and the haze has entered it’s second week at a stretch. It has prompted the government to change school timings so that traffic accidents can be avoided in low-visibility.

According to the Protection Agency (EPA) Punjab’s air monitoring facilities, during the first week of November the amount of particulate matter (10 and 2.5) nitrogen oxides and sulphur dioxide in air was 5-10 times higher than Lahore’s normal range. Private monitoring shows the level of these pollutant gases is even higher.

As usual, media coverage of this issue obliged the Punjab government to issue statements that express its concern over the issue as they did last year and the year preceding it. The Environment protection Department scampered to do fire brigade-like measures such as shutting down some factories spitting poisonous smoke in the heart of Lahore’s residential areas and fining a few hundred smoke-emitting vehicles. Forced immediate closure of factories, though not provided in the Environment Protection Act but carried out with the sanction of some court orders, has become a lucrative source of income for notoriously corrupt officials as they receive bribes for re-opening these factories after some time when the smoky haze subsides. Regardless, it is obvious that smog cannot be removed through short-term administrative measures.

In order to hide its own apathy, plenty of hype has been created about the fact that over a dozen coal-fired plants emitting smoke in the neighbouring Indian Punjab have caused air pollution in our part of Punjab. Even if this narrative is true, though it is not based on any scientific study, why government has never taken up this matter with the Indian government needs to be asked. Instead, our own government has built its own coal-based power station in the most fertile area of central Punjab, Sahiwal.

Punjab government plans to set up six coal-fired power stations in the province. All the proposed coal-based plants in Pakistan will use imported coal, which will be transported via train from the ports in Sindh to south and central Punjab, sprinkling coal dust in agricultural fields and small towns along the way

To make matters worse, the Punjab government plans to set up six coal-fired power stations in the province. All the proposed coal-based plants in Pakistan will use imported coal from abroad, which will be transported via train from the ports in Sindh to south and central Punjab, sprinkling coal dust in agricultural fields and small towns along the way. According to Japanese climate expert Kimiko Hirata, the international director of the Kiko Network, even the most efficient coal-fired power stations emit a lot of CO2.

The real problem is that our government is indifferent to the issue of environment and it does not figure in its priority list. This can be gauged by the fact that the provincial environment department did not even have an updated air pollution data for Punjab including for Lahore city until the last year. Half a dozen air-monitoring stations presented to the province by the Japanese government in 2006 kept lying idle for five years and finally abandoned to buy new equipment.

This year the Punjab environment department has bought five new air-quality — monitoring stations and installed them in Lahore. So far, not a single scientific research study has been made to determine the extent of the problem and the exact factors behind it so that suitable remedial measure could be taken. All we have is guess work.

A steep rise in motor vehicles is one major factor behind smog. The number of vehicles in Punjab alone have risen from nearly three million to 11.50 million from 2003 to 2013, an average annual growth rate of nearly 28 percent. According to Punjab’s official statistics for 2014, more than four million motor vehicles were registered in the Lahore district alone in one year. The other cargo and passenger transport that enters the city daily from other parts of the country is an addition to this. 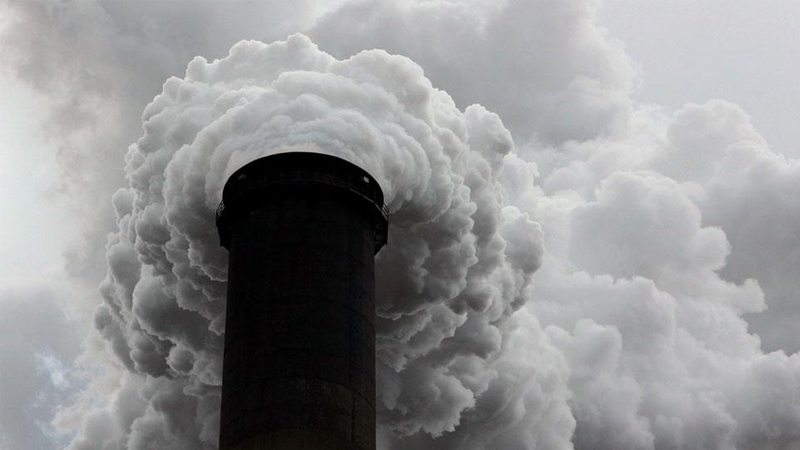 No mechanism exists at the state level to enforce smoke-emission standards on these motor vehicles. Adulterated petrol with high ratio’s of manganese is another pollution-causing factor besides old engines of the vehicles that emit gases exceeding normal world standards. Pakistan has become a dumping ground for cars with old engines. No step has been taken to take old, bad vehicles off the roads and to only allow only new vehicles that run on latest technologies causing minimum air pollution, like in Europe or Japan.

Air pollution has become an issue of life and death for ordinary people as it takes many lives in traffic accidents and diseases like asthma and heart problems. By not enforcing strict standards for smoke emissions of vehicles, the state is practically abetting in the murder of people.

Further, industrial units, particularly those consuming fossil fuels, emit significant amounts of air pollutants. A wide range of small-scale to medium-scale industries, including brick kilns, steel re-rolling and plastic moulding also contribute substantially to urban air pollution through their use of waste fuels, including old tyres, paper, wood, textile, plastic and rubber waste. At many places, workshops burn old tyres to produce a kind of oil which is used for mixing in diesel and as a cheap fuel in place of furnace oil.

There are 10,500 brick kilns in Punjab as well as a couple of dozen in the suburbs of the Lahore city. These alone spit the most poisonous kind of smoke with no pollution-mitigation equipment installed on them. The environment department officials line their pockets to look the other way. Latest technologies are available to design these brick kilns in a way that they filter poisonous gases before throwing emissions into the air. The authorities are least bothered to fix this issue.

Around 1,100 major and 5,000 small industrial units are located in Lahore, according to the Environment Protection Authority. These units were installed in the city suburbs during the last three decades but as the city expanded they are now surrounded by residential areas. In northern Lahore, Daroghawala area in particular, there are 270 furnaces and steel mills in the middle of residential areas. A majority of these factories are owned by politically influential people, some of them members of the assemblies. They burn the most hazardous fuels including plastic and rubber scrap. By converting all these factories on electric fuel, Lahore can be saved from smog.

The big units being major pollutants of the air and water need to be relocated out of the city under a long-term plan. Under the law, industrial units are required to run pollution-mitigation equipment but they don’t so as to save money on electricity. Laws exist but are not enforced owing to widespread corruption in the environment protection department.

In addition, millions of tonnes of solid waste are generated in urban areas, most of which is either dumped in low-lying areas or burned. Similarly, as open drains have been turned into sewage-channels in cities like Lahore, they emit hydrogen sulphide gas which is a pollutant of the air. For long, the provincial government has been deferring the building of covered sewage drains in the city.

Smog is a complex issue arising from a host of factors. Simple fog cannot be totally eliminated given the nature of soil and weather conditions in this region but the severity of the smog (fog plus smoke) can decline if the government takes genuine pollution-mitigation, long-term measures. It will not disappear through official statements and meetings of the government that are meant to fool the public. Neither the government gets tired nor does it feel ashamed of issuing the same kind of statements over this issue year after year.

The growing deterioration in air quality demands that the government takes bold policy decisions to switch the transport system, industries and brick kilns to cleaner fuels and smarter technologies besides strict enforcement of pollution-mitigation equipments in factories. Measures are also needed to prevent the burning of solid waste and sugarcane and paddy fields.