Swing and another miss for TPP

When US President Donald Trump withdrew America from the Trans-Pacific Partnership (TPP) on his first day in office in January, the monumental free trade deal looked likely to die a natural death. Indeed, many of other eleven signatories appeared to accept the ambitious free trade pact’s fate.

In recent months, however, the pact, now known as TPP-11 minus America, gained traction among policy makers in Japan. Relaunched discussions were promised as world leaders travelled to Vietnam for the Asia-Pacific Economic Cooperation (APEC) summit now underway.

On Thursday, Japanese Economy Minister Toshimitsu Motegi told reporters that 11 signatories “agree in principle” to the final text of the revised TPP. However, this was denied by the Canadian trade minister who later tweeted: “Despite reports, there is no agreement in principle on TPP.”

Indeed, by Friday afternoon it appeared talks had stalled. According to media reports, this was down to the reluctance of Canada – the second largest economy in TPP-11 after Japan – which said it won’t be rushed into agreeing to the new trade pact.

Canadian Prime Minister Justin Trudeau reportedly skipped an important meeting on Friday afternoon, which was eventually cancelled due to his absence. Trudeau’s office later said this was an error caused by his grueling schedule.

But in the early hours of Saturday, a statement was released saying that agreement had been reached by the 11 members over the new pact’s “core elements.”

Some believe there were divisions over whether conditions should be added to entice America to rejoin the free-trade agreement, however unlikely under Trump’s presidency. Trump said in a speech on Friday that the US was open to signing a bilateral trade deal with any nation based on “mutual respect and mutual benefit.”

Others contended that there were disagreements over whether China, not yet a signatory of the trade pact and purposefully excluded when the US led the deal’s implementation, should eventually be allowed to join.

Some of Southeast Asia’s four signatories, namely Brunei, Malaysia, Singapore and Vietnam, might have also been responsible for delays.

Japan’s finance minister told journalists at a press conference on Friday that issues concerning Mexico and Vietnam were still being discussed, possibly holding up the talks.

Later, on the same day, the Financial Times quoted “people close to the talks” as saying the issues still under scrutiny were labor rules.

TPP-12, as the original trade pact including America is now known, would have imposed liberalizing conditions on the signatories, such as allowing independent trade unions to operate and hard bans on child labor. 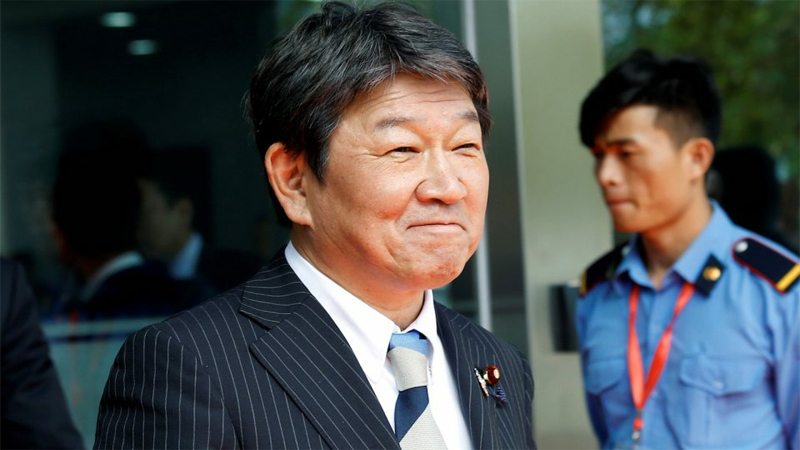 For former US President Barack Obama’s administration, TPP-12 was a way of prompting political and economic reform in Southeast Asia, with the enticement of better trade. The former US president described the original agreement as having “the strongest environmental protections and the strongest anti-corruption standards of any trade agreement in history.”

In Vietnam, only Communist Party-backed unions are allowed, while child labor remains a problem. The possible questioning of the TPP-11’s labor rules, as the FT reported, has led to speculation that Vietnamese negotiators might be trying to remove sections from the new pact to avoid liberalizing reforms.

Malaysia is also likely concerned by the pact’s stronger labor protections. Past reports have revealed the use of forced labor in its electronics, garment and palm oil industries.

Prime Minister Najib Razak said yesterday that “Malaysia is still committed to the TPP, but we want a deal on our terms.” His Trade Minister Mustapa Mohamed expressed those terms more explicitly on Wednesday when he said that “some provisions…could be suspended” to avoid renegotiation of the entire agreement, which he suggested could take as long as ten years.

When asked by journalists about which specific provisions Malaysia wants suspended, Mustapa said that “it’s not proper for me to come up with a definitive list,” before saying that “the difficult issues for us have always been state-owned enterprises, government procurement.”

In a bid to foster economic liberalization and curb protectionism, the original TPP-12 pact would have restricted governments’ ability to manage their state-owned enterprises (SoEs) and demanded faster privatization.

Malaysia’s state energy firm Petronas, for example, is granted special rights over oil and gas reserves under federal law. Mustapa, speaking in 2015, said that some compromises had been made under the TPP-12 for Petronas, a major contributor to state finances.

It reportedly would have still been allowed to grant 40% of contracts for downstream activities and 70% for upstream activities to Malaysian firms, typically those run by bumiputera, an ethnically divisive term for Malay-Muslims.

Malaysia’s ruling United Malays National Organization (UMNO) party has long used Petronas as a tool for its affirmative action policy for the bumiputera, which also happens to be a way of furthering UMNO’s support among this majority of the electorate.

There are now suggestions that Malaysian negotiators in Da Nang tried to gain more exceptions for SoEs under the terms of the new TPP-11.

The Vietnamese government, which also relies on its numerous SOEs as sources of patronage, would no doubt also support softer terms on state enterprise liberalization. Southeast Asia’s other two TPP-11 signatories, Brunei and Singapore, have so far been quiet on the pact’s renegotiation.

It is not known when the apparently agreed “core elements” will be publicly released or when the revised pact’s text will be published. Negotiations over the original TPP-12 were also marred by secrecy. All that is known so far, according to a statement released Saturday morning, is that ministers agreed to maintain the pact’s “high standards, overall balance and integrity … while ensuring the commercial and other interests of all participants and preserving our inherent right to regulate, including the flexibility of the parties to set legislative and regulatory priorities.”