KARACHI: A tour guide points towards a pit a few metres ahead of us and makes a hand gesture signaling the group to gather at the spot.

As some of us reach there, we see a giant-sized female turtle resting at the nesting site. Not for too long though. In a matter of minutes, the pit gets surrounded by almost four-dozen school children, several of them carrying flashlights. The lights are switched on and directed at the turtle that has now started making a movement, perhaps out of discomfort caused by the bright light in the middle of the dark of the night. 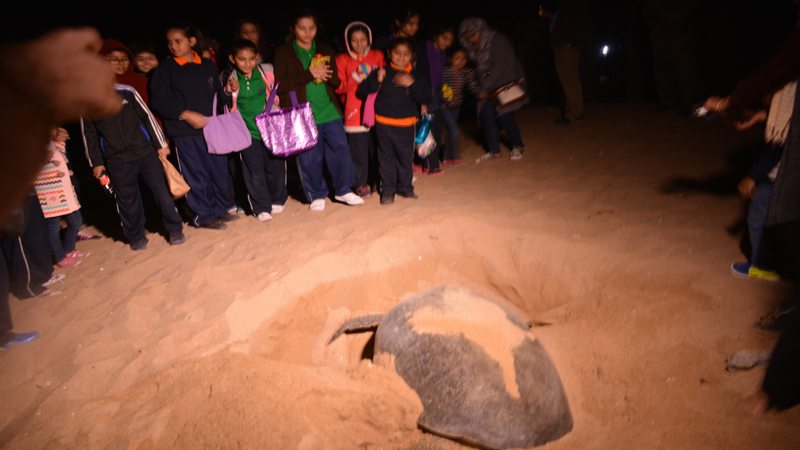 Minutes later, the tour guide – an employee of the World Wildlife Fund for Nature-Pakistan (WWF-Pakistan) – enters the pit and picks up a baby turtle to show it up close to the children participating in the Fund’s Turtle Watch trip at the Sandspit beach.

Earlier that night, this scribe also witnessed children walking over pits, damaging eggs laid there. Several children took eggs with them on their way back.

This was the eighth such trip arranged by the Fund this year since August when green sea turtles start appearing at their nesting sites spread across Sandspit and Hawkesbay beaches of Karachi. The purpose of these trips – conveyed to this scribe in the invitation letter – is to raise awareness among the youth about the need for conservation efforts to support the endangered green sea turtle’s population.

Alongside a ban on trading, poaching, and selling of these species, the two conventions also prohibit activities that can damage breeding sites. 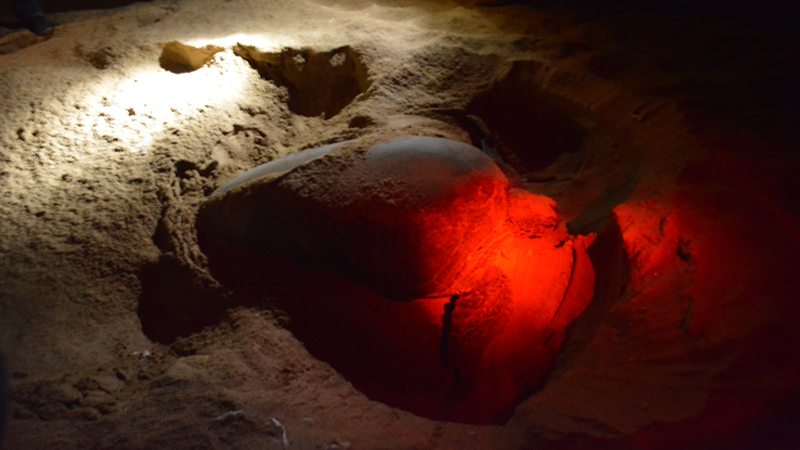 Sea turtles enjoy a protected status in Pakistan. However, their nesting habitats have yet to be declared protected areas. WWF-Pakistan has been among the organisations and activists who have lobbied the government to declare these sites as protected areas.

Starting in August, the breeding season of the green sea turtles lasts till December when the weather starts getting colder. Last year, the WWF-Pakistan arranged 15 Turtle Watch trips where school children were brought to the nesting sites.

In Mapping of Karachi Coast and GIS based Analysis of Marine Turtle Habitat: Sandspit and Hawksbay Eco-system, a study funded under a WWF-Pakistan project, researchers had identified human intervention at nesting sites as harmful for turtle breeding. The major activities mentioned in the study were pollution and encroachment from recreational huts built at these sites.

Do Turtle Watch trips not fall under the category of ‘human intervention’?

WWF-Pakistan justifies these trips on grounds that similar activities are held in nesting sites in Caribbean Islands, Mexico, United States and India. “Turtle watch at a nesting beach is an inspiring experience and provides a chance to students and visitors to see the endangered and majestic species in its natural habitats. The activity promotes environmental education and raises awareness,” Asif Ali Sandeelo, the senior communication officer at WWF-Pakistan, said in a written response to Daily Times’ queries. He said the trips are conducted under the supervision of in-house experts. 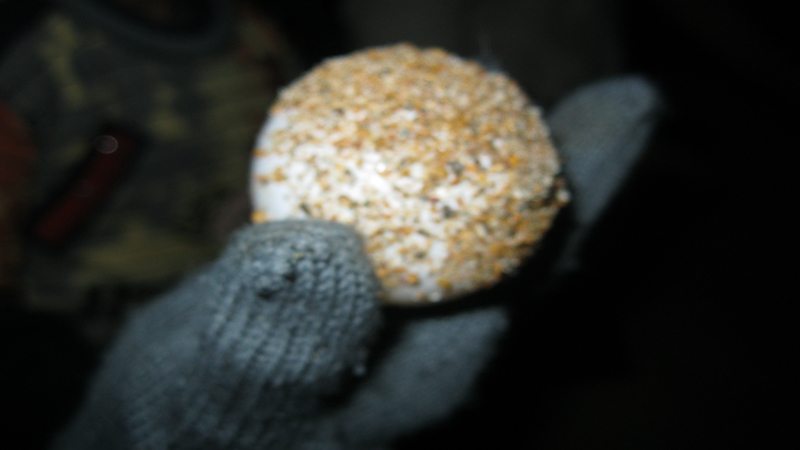 On flashlights, he said their use was strictly prohibited. “Only red LED lights are used to observe the nesting or egg-laying process,” he held.

When images taken by this scribe showing children using flashlights were shown to him, he insisted that it might have happened on a few occasions.

Sandeelo said the WWF-Pakistan’s teams including marine biologists and educationists ensured minimum disturbance to the beach and animals during the activity. When he was told about the team member who entered the pit and picked up a baby turtle, he said he would look into the matter and assured that such actions were not allowed by the Fund.

The communication officer said a nominal fee was charged to participants (Rs1,000 per student). The funds generated through the fees were used to pay members of the local communities, some of whom were employed with the Fund as tour guides.

Partnership with Wildlife Department Sandeelo said the WWF-Pakistan’s conservation activities were underway in collaboration with the Sindh Wildlife Department, the official custodian of wildlife including green sea turtles. “We have signed a Memorandum of Understanding (MoU) with the government for joint efforts to protect and conserve marine turtles in the coastal belt,” he said. “There is no legal restriction on observing any animal in its natural habitat as long as the activity does not disturb wildlife,” he added.

When contacted, the Sindh Wildlife Department said that school trips to the nesting sites were not allowed under the agreement. “Yes there is an agreement on conservation, but taking trips to the site is not conservation and we have not issued permits for that. If WWF-Pakistan claims to have an official permission, ask them to show you the permission letter,” said Saeed Akhtar Baloch, the provincial conservator with the Wildlife Department.

He expressed grave concerns over the activity, saying that by taking youngsters to the sites in such a manner the WWF- Pakistan officials were threatening the habitat in the name of raising awareness. “This should be stopped immediately,” Baloch said. 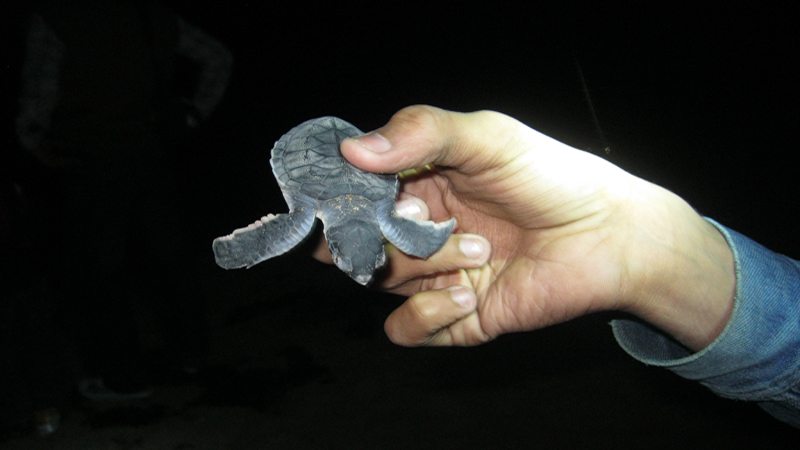 Independent expert on marine environment Daily Times also solicited the opinion of an independent expert on marine environment and biology. Institute of Marine Science director Dr. Rashida Qari said green sea turtles laid eggs at the night time. Arranging trips to these sites during the breeding season without adequate guidance to participants was harmful for turtles that come to the beach for laying eggs.

“I know of instances where school children who had gone on Turtle Watch brought back baby turtles with them. This should not be allowed,” she said.

“Green sea turtle is already endangered. Activities like Turtle Watch must be stopped immediately. Other ways should be devised to raise awareness among the children,” she said.

She said she hoped that the WWF-Pakistan staff was at least ensuring that participants of these trips were not polluting the environment at the nesting sites by leaving solid waste there.