Sufism — a cure for present crises

Tasawuff or Sufism is best described as the art of enhanced performance in religious activities has been a practice of obedience for a long time. It has evolved through time but its remains faithful to it’s true form.

Mysticism as it is also said, stands at the core of Islam and every other divine religion. It is the ultimate destination, the utmost peak where God wants to see His men. It is definitely true that very few men are ever able to reach that degree of divinity. The Quran seems to reflect the same concept in these words: ‘And those who believe are stauncher in love towards Allah’ (2:164)

It’s follower a Sufi — is believed to be intoxicated, lost in the adoration and holds nothing more dearer to himself other than God Almighty. For a Sufi, nothing is more peaceful than the commemoration with his beloved. Nothing is more soothing than serving God’s creation and dissemination of the message of love and peace — the root meaning of Islam.

A lover of God — as a Sufi is proud to call himself is calm and wise. This makes him a gem of a person as he aims high for drawing himself nearer to the Almighty which indeed requires him to be pure of all the baggage of society at large.

The Quran mentions the basic assignment the Prophet had been sent with thrice. It also says,  “He sent a Messenger from amongst them, reciting unto them His Verses and purifying them, and instructing them the Book and Al-Hikmah-the wisdom.”

Unfortunately purification and wisdom are not priorities for the Ummah today.

Character building, cleansing of the heart, enhancing the faculty to think and lead oneself in the optimist direction and making one compliable for the conviction of the divine guidance were the indispensable obligations of the last messenger which he carried out impeccably. Skimming through the pages of his life, one gets to notice immense astuteness and positivity in all his actions. He conveyed lessons of simplicity, constructive approach and displayed behaviour that leads to the excellence of human nature.

Quran says: ‘We created human in the best of mould, then do We abase him (to be) the lowest of the low ? Except such as believe and do righteous deeds: for they shall have a reward unfailing’

The Qur’an promotes the concept of human dignity in ringing words: ‘Surely We have honoured the children of Adam’(17:70)

A similar message is sighted in Surah e Shams: ‘And by the soul and Him Who perfected him in proportion; Then He showed him what is wrong for him and what is right for him; Indeed he succeeds who purifies himself, and indeed he fails who corrupts himself’

God describes humans as the best of His creation but has endowed them with both decency and wickedness, now that’s upon the person about which path he adopts and how he may proceed through life with dignity. 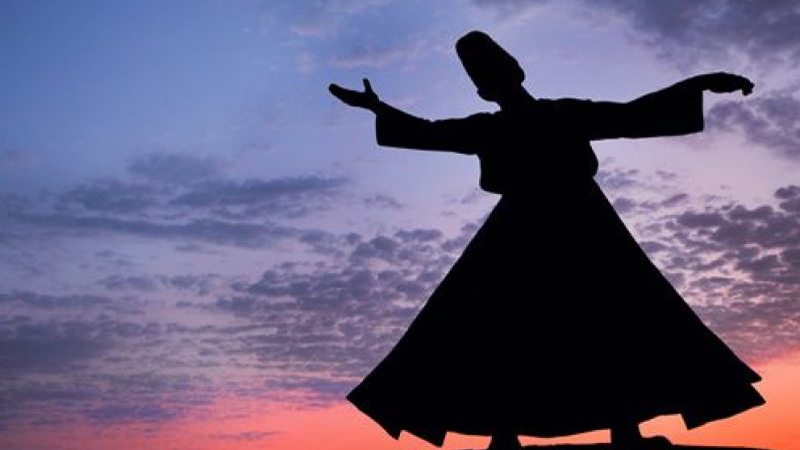 Human beings have been called Ashraful Mukhluqat many times. This is quite true in the condition that he (human) is contingent upon his conducts. How could one person prosper in the domain of self is, as stated by the Quran — purification and wisdom. God has kept within man a piece of Himself and that’s the soul, as the Quran says: breathed into him of My soul (38:72) hence that soul requires its nourishment from a divine source and needs to be directed in the way its originator has adored for it. That’s the only way possible to maintain the dignified status of honoured by the Almighty, on failing to do so one is always facing down the hill and declining in the standards of self-esteem and human enrichment.

In the Islamic context Tasawuff has been described with this saying of the Prophet that details about ihsan: “It is that you should serve Allah as though you could see Him, for though you cannot see Him yet He sees you.”

What gets concluded from this is that ‘God consciousness’ is the very essential. Everything could be summarised within this umbrella term and attained through it, verily God consciousness it is that could make one follow every aspect of the commandments of the godly writ whole heartedly and with integrity.

In my opinion, the lack of this consciousness is the root cause to all the major problems of the world today and specially the issues that get related to religion somehow. After all if its piety in focus then how would things like religious extremism and intolerance exist as piety refutes the very existence of ego.

Its ego, to be precise which makes one consider his viewpoint as the only thing correct and his sect as the only thing authentic but if people place themselves in the common goal competition of achieving the distinction of being near to the Almighty, all these petty issues would become something tertiary in thought.

I find the rise of such groups perplexing and can’t see on what basis they portray Islam as violent — whereas one can easily notice that Islam and its expansion was the result of reasoning, eloquence of its preachers and unpretentious charisma.

Spirituality in Islam holds its fourth Caliph, Hazrat Imam Ali as its central figure and leading personality, one can simply derive out of what the reason for this would be. There has been no such towering personality ever recorded in human history. His trust and reliance on Allah is the most appreciate able as that makes him a king of the heart person though having negligible lively possessions. It was that trust which brought in him qualities of paramount courage, leadership, justice and simplicity. It’s the reflection of his affection towards the faith that wisdom outflows from his sayings and religion just summed up in his personality.

Immense modesty, kind-heartedness, gallantry, forgiveness and tolerance are to be observed in him exclusively. Being the first body guard of the Holy Prophet, one could best learn of how to keep aside ego and consider piety above one’s self by his example that once in a battle field while he impounded an enemy and was about to make the final strike, the enemy spit on his face and was freed by the Imam rather than going fierce. This confused the enemy of why was he let go and the Imam exclaimed that I let you free since I was not fighting you for my self-gain rather for Allah and now that you have disrespected me, it would be avenging for my honour and my personal reasons instead for the religion and that’s not something I do.

One could notice God consciousness by this incident that the Imam did not allow his self-interests to clash with teachings of forgiveness as prescribed by the Almighty no matter how easy it was for him to react. Only such characteristics could make one able to exclaim as the last words of the Imam: ‘By the Lord of Ka’aba, I have succeeded.’

The writer is a dentist by profession and spiritual heir to Allama Makhdoom Muhammad Hashim Thattvi. He can be reached at makhdoomsathattvi@gmail.com Twitter @AreebUddinSyed