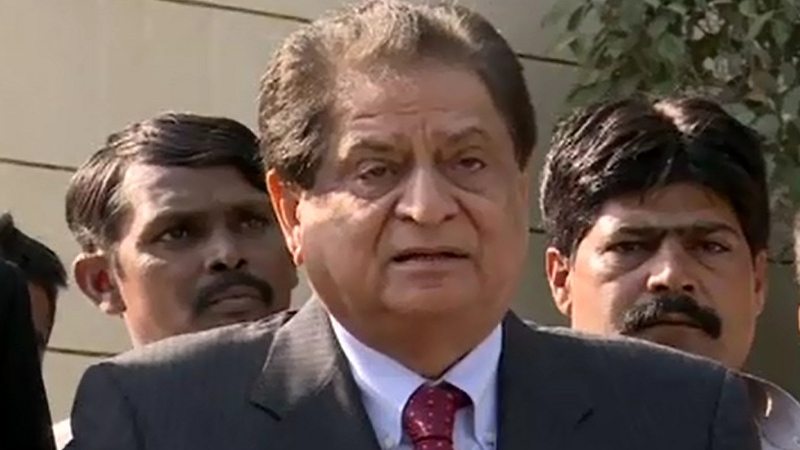 Sindh government had also wanted to remove Police Inspector General (IGP) AD Khawaja, he said. Jatoi alleged that the plan was the brainchild of PPP Co-Chief Asif Ali Zardari and PTI would oppose this step. Jatoi maintained that Zardari wanted to introduce political-minded officials in Sindh police but his conspiracy would not succeed. Talking to Daily Times, the former chief minister said that PPP government fears that if the IGP remains in his seat, they would not win the general elections of 2018. He said that in 2013 general elections, PPP had rigged polls with the help of police and tribal chiefs. He said that Sindh IGP was an honest official and he would not allow anyone to go against the law. He said that Khawaja was the first police officer to install merit system in the police department. PPP ministers have been trying to remove him in order to make way for the corrupt in police, and other government departments as well, he alleged.

He said that PTI Chief Imran Khan talked about Sindhi people’s rights which irritated PPP ministers who were now criticizing Imran. Jatoi was of the opinion that PPP should work on plans for holding free and fair general elections instead of conspiring against the IGP. Jatoi said Chief Minister Murad Ali Shah had neglected the people of his area and was serving Zardari, as his subordinate. He said law and order situation remained normal in general because of Khawaja but Sindh government, paying no heed to this, still wanted him removed. He said that Zardari should stop considering Sindh as his personal property. He further said that because of the strengthening of the accountability process in the region, PPP former minister Sharjeel Memon and other corrupt rulers had been yanked into courts. He said Sharjeel was arrested in graft case and now PPP ministers had started calling his arrest unjust. He urged the Supreme Court to take notice on Sindh IGP issue.