Indo-US ties have undergone a significant paradigm shift both in strategic as well as economic terms in recent times. Why is the Indo-US preeminent strategic partnership mounting so deep in the contemporary environment? One, the global economic trends have shifted from Atlantic to Asia mainly due to Chinese increased growth rate. Chinese BRI connects 64-68 countries in four continents, with a total population of 406 billion (62 percent of world’s total).

Indeed, a rising power that experiences tremendous growth, can expect to increase its geopolitical influence in the entire region to achieve its desired goals. India and China have shared interests in the China Sea, Western pacific, Indian Ocean and the Persian Gulf that drives India and China into serious geopolitical competition. Secondly, India is engaged in a heavy hedge against China to navigate Chinese growing wealth and power and to maintain Asian balance in the US’ favor by building deep collaboration with the later. Against this background, India and US have intensified their defence and security cooperation to promote shared military education and training programs, increase US defense sales to India, promote DTTI, initiate co-development and co-production and sharing of platforms on maritime security, sensitive technologies, over flights, navigation and surveillance systems etc.

Two, the US has invested extensively in Afghanistan in terms of manpower and material. One, to root-out terrorism. Second, to make Afghanistan a favorable ground to project power permanently in this region and beyond. However, resulting outcomes of this long-held war in Afghanistan have made peace difficult to achieve. As a result of multiple stakeholders’ increased involvement in Afghanistan (including China and Russia), the US reliance on Indian role in Afghanistan has significantly increased. Three, China Pakistan Economic Corridor (CPEC) is a flagship project of BRI that help promotes Chinese defined regional order. Both the US and India believe that CPEC aims at harming their legitimate interests in managing Asian balance of power, thus their ensuing collaboration on Asian affairs appear to be more prominent.

How does the Indo-US growing nexus lead to undermine Pakistan’s security? One, considering enduring rivalry between India and Pakistan, various statements of Indian high profile elites on confirming their designs to disintegrate Pakistan and empirical evidences such as Kulbhushan Yadav’s arrest make Pakistan deeply uncomfortable on Indian increased role in Afghanistan. Pakistan believes that India would continue to use Afghanistan as a proxy ground to subvert and stimulate violence inside Pakistan.

How does the Indo-US growing nexus undermine Pakistan’s security?

Two, Indian increased influence certainly creates mistrust between Afghanistan and Pakistan, Pakistan and US that in return halts peace process in Afghanistan. It goes without saying that India is vigorously involved in sabotaging the CPEC by means of promoting violence that makes Pakistan further delicate on the Indo-US partnership. Four, the NSG waiver to India in the backdrop of the Indo-US civil nuclear deal in order to offer India a status of the NPT state to reach out to the global commerce and continue to military modernisation has complicated the regional settings.

These arrangements have created strategic imbalance in the region that in return has strengthened security dilemma between India and Pakistan by pulling Pakistan in an unending cycle of arms race in absence of an arms control mechanism. Finally, India continues to promote regional war hysteria by introducing counter-force doctrinal strategies and demonstrating provocative behavior thereby threatening to initiate surgical strike against Pakistan to test latter’s deterrent credibility. These trends continue to drive this region toward alarming crisis situation.

How should Pakistan respond to these trends? On Afghanistan: Pakistan’s role remains significant to achieve desirable peace. Presence of other stakeholders such as Russia, China, Iran cannot be marginalised. However, peace is no longer achievable through military means anywhere in the world. 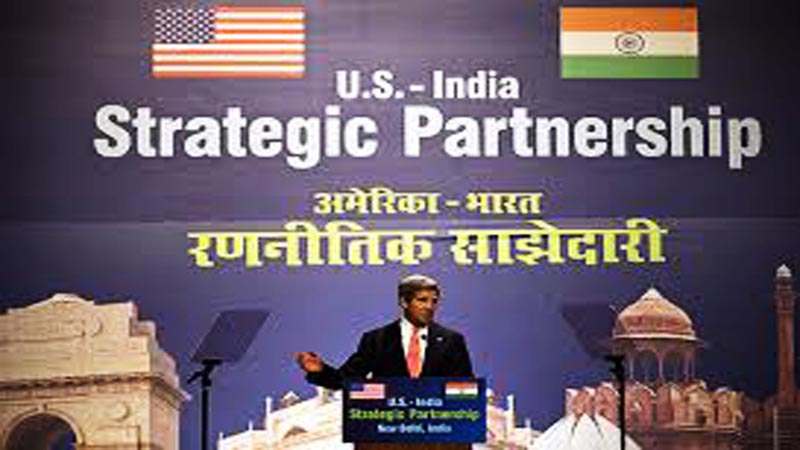 The solution therefore, is based on mutually agreeable, political and diplomatic means that will yield favorable dividends for all the partied involved in Afghanistan. Unilaterally, Pakistan should make efforts to strengthen cultural diplomacy, people to people contact, and joint education and training programs in Afghanistan. Pakistan should make economic investment in Afghanistan by way of connecting CPEC to Afghanistan in order to achieve socio-economic growth in that country. Pakistan makes regional and extra regional stakeholders partner to CPEC related growth in order to make it resilient and successful. Internally, Pakistan should focus on building Industrial base and economic growth engaging China on co-development and co-production with focus on Made in Pakistan. Pakistan should build deep connectivity with all the BRI countries by promoting economic, technological and educational linkages. This time Pakistan’s major focused should be on socio-economic development by learning from Chinese best practices to revisit states’ system, policies and rebuild institutions.

On US: fundamental revisions in Pakistan’s policy are required. Pakistan has to get out of colonial mind-set in order to reformulate national vision and strategic direction. Renewed diplomacy on mobilising our alliance system is required. Grand bargain is needed to improve ties with the US. Pakistan has to become an active partner in this emerging competitive environment while pursuing a strategy of geopolitical accommodation to avoid conflicts.

No. Is there any possibility of Indian surgical strikes against Pakistan with possible US’ tacit approval? Possibly Yes. Should Pakistan declare US its adversary and shift its existing policy and force posture to deter the US. No. Warlike scenario is not affordable and the world would not be able to grapple with dire consequences. War in not an inexpensive option for the major geopolitical competitors of this region — US and China.

On India bullying behavior, Pakistan can initiate joint military exercises with Russia and China or possibly unilateral exercises to transmit message to the adversary that any immature and aggressive war-like move would have befitting response. Pakistan should continue to maintain its restraint policy and recessed deterrence — policy of non-deployment of short range missiles and low-yield weapons. Mating of delivery systems with warheads would sharply increase probability of prompt use of nuclear weapons. This would not raise nuclear threshold but make situation further fraught. This does not mean that Pakistan abandon the continuing potential to increase war fighting capabilities by order of magnitude.

Pakistan should continue to grapple with an information age transformation of modern defense capabilities and new way of thinking about how the military forces have to accomplish their mission in the 21st century. Robust deterrent aims at avoiding not fighting wars. Unthinkable is not a choice and should not be aspired. Revise policy to reinitiate dialogue with India by offering it some incentives may be required. Major instruments through which Pakistan can increase its profile and alliance system is effective diplomatic outreach and improved economy to entice global investment.

The writer is a senior research fellow at the Strategic Vision Institute, Islamabad