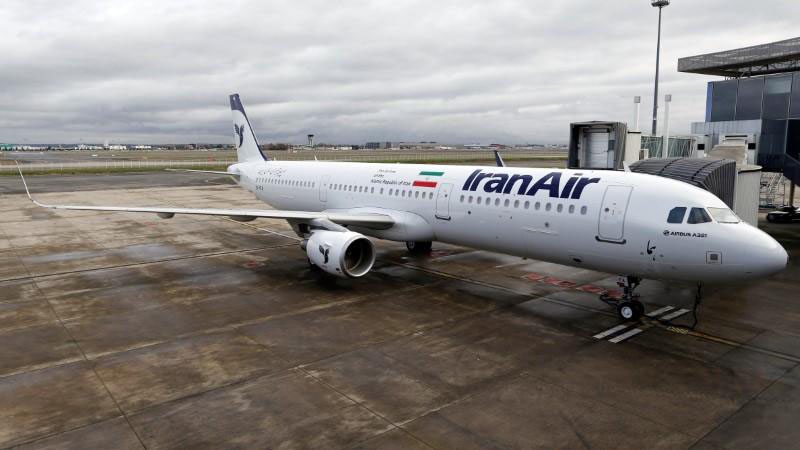 IranAir’s decision to buy a total of 200 aircraft from the two giants and Franco-Italian turboprop maker ATR marked the zenith of a 2015 pact between Tehran and world powers to renew trade in exchange for placing curbs on Iran’s nuclear activity. IranAir says its $16.5 billion deal with Boeing is the biggest with a US company since the 1979 Islamic Revolution.

Such high stakes make the deals a prominent target for critics of detente in both Washington and Tehran, and experts say that could further frighten off European banks and others whose reluctance to provide finance is already a major obstacle. Trump struck a blow against the nuclear agreement with Iran on Friday choosing not to certify that Tehran is complying with the deal and warning he might ultimately terminate it.

His Iran strategy angered Tehran and put Washington at odds with other signatories of the accord – Britain, France, Germany, Russia, China and the European Union – some of which have benefited economically from renewed trade with Iran. While Trump did not pull the United States out of the agreement, he gave the US Congress 60 days to decide whether to reimpose economic sanctions on Tehran that were lifted under the pact. Even without such sanctions, the fate of the aircraft deals depends on US administration approval.

Several people involved in the airliner deals fear they have become too big to cancel but too sensitive to implement fully beyond a limited number of jets for which Iran has the funds to pay for in cash without foreign loans. “I don’t see who would be willing to provide financing for Iran with such a negative groundswell in the United States,” said consultant and former aviation banker Bertrand Grabowski.

That raises immediate concerns for Boeing as it prepares to start building 15 long-range, twin-engined 777-300ER jets, originally due for delivery to Iran from next April. The fate of those aircraft – part of a total order for 80 jets – is seen affecting jobs as Boeing tries to put a floor under declining production of one of its most profitable models. “For the 777s it seems increasingly difficult now,” a Western banker said.

Unexpected hurdles have arisen on the Iranian side too. Financial sources say Boeing has already had to push Iran back in the queue for jets because it has yet to receive a deposit. For now, Boeing can manage by juggling deliveries with other airlines. But a complete breakdown of the IranAir order could put new pressure on 777 production. US exports are not the only ones at stake.

Although the European Union backs the nuclear deal, the export of any Western aircraft to Iran depends on permits from the US administration because of the number of US parts. That means Airbus could get caught in the crossfire between Boeing and Congressional critics who want the whole deal axed, something likely to deepen tensions over Iran with Europe. Iran has so far imported nine aircraft: three from Airbus and six from turboprop maker ATR. Losing the rest of Iran’s business would hit Airbus’s order book hard because it took the risk of booking all 100 Iranian plane sales last December to help beat Boeing in their annual order race. Boeing has not yet formally posted its orders. Because the Airbus and Boeing deals are so interconnected, with approvals passing through Washington, all eyes are now on how Trump’s administration will treat the high-profile plane deals while kicking the broader nuclear issue to Congress. Iran’s Foreign Minister Mohammad Javad Zarif said on Saturday any negative move would be considered a violation of the 2015 nuclear pact between Tehran and world powers. Industry sources say Washington has so far issued licences for aircraft sales to Iran until the end of the decade, after which they must be renewed.