The issue of the Ahmadia community’s persecution has come to the limelight once again. This time by none other than the son-in-law of the former Prime Minister Nawaz Sharif. Retired Captain Muhammad Safdar used the floor of the National Assembly to vent his feelings against the community. His diatribe comprised calls to expel the members of Ahmadia community from Pakistan and ban their recritment in the Armed forces and other important government organisations.

He did not stop there. He also wanted to see the name of such Ahmadis who had either laid their lives for this country, like Major General Iftikhar Janjua, who was killed in the 1971 war and Professor Dr Abdus Salam, the country’s first Nobel laureate, expunged from Pakistan’s history.

Since the unfolding of this diatribe, the discussion surrounding the finality of Prophethood of Hazrat Muhammad (PBUH) has started with new vigour. Mumtaz Qadri is back in the news, and different videos are viral on social media where clerics are promising to murder Nawaz Sharif to revenge Mumtaz Qadri’s hanging. The message of all the protestors is to kill the blasphemer.

The clerics draw this conclusion from Pakistan’s Penal Code (PPC) Clause 295-C, according to which the maligner of Prophet Muhammad’s honour should be put to death. It is another terrible story that the investigation process to prosecute the blasphemer is lopsided and shrinks the space for the accused to at least use the basic tenant of law that says ‘innocent unless proven guilty.”

The question is why the charge of blasphemy made a point of no return. Similarly, Islam insist on reinforcing its hegemony and refuses to take into consideration the context and intention behind a particular act?

What makes blasphemy scary is the assumption attached to the law, PPC 259-C. Over the years, because of relentless and unmonitored discussions on this topic, the law has been assumed not amendable because of its majority approval. Scholarly speaking, though, it is incumbent on the learned segment of society to keep exploring an issue, in a continuous process.

A majority of Pakistan’s population follow the Sunni sect and within it adhere to Imam Abu Hanifa’s jurisprudence for the interpretation of Quran and Sunnah. In the Hanafi school of thought, Prophet Muhammad’s blasphemer is considered liable to be killed. However, it is pertinent to note the context in which the Hanafis takes this extreme position.

The retribution is mentioned under the chapter on apostasy in the book of ‘Al-Jihad.’ The mere mention of the word apostasy informs that death penalty can only be meted out to a Muslim blasphemer. A non-Muslim blasphemer does not fall under the purview of this punishment.

A subsidiary issue associated with blasphemy is whether the accused has the right to seek pardon. The hardliners say no. This denying is traced to the interpretation made by Al-Bazazi in the 9th Hijra (Islamic calendar). According to him, a blasphemer cannot be pardoned even if he agrees to leave his/her old ways.

Later, Allama Shammi and other Hanafi scholars termed Bazazi’s interpretation as a serious scholarly mistake. Interestingly all other Sunni schools of thoughts such as Hanbali, Shafi, and Maliki are the proponent of giving relief to the blasphemer trusting his intentions. 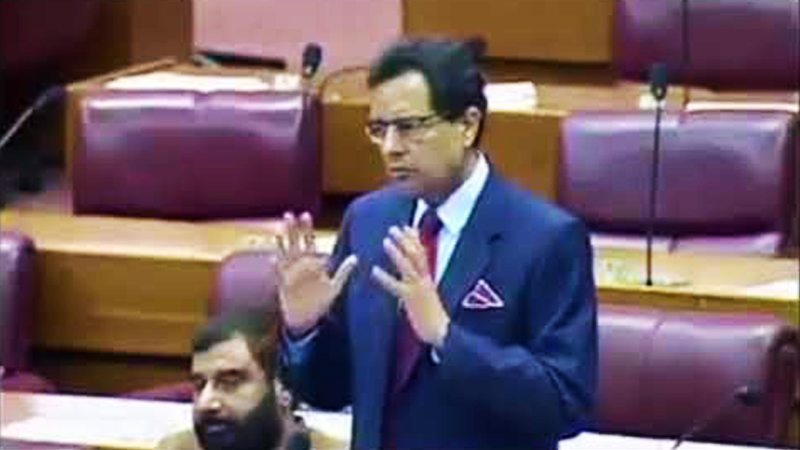 By 944 Hijra every Sunni scholar had agreed to accept Touba, (pardon) of a blasphemer, hence not putting him to death. What we find today followed by the hardliner is Ibn-e-Tamia’s interpretation that does not represent the wider sentiments of Pakistan’s religious population.

The original decision of the Federal Shariat Court in 1990 that commuted life imprisonment in clause 259-C to death sentence also stresses upon providing an option of pardon. Amazingly when the decision arrived the entire discussion about pardon was expunged from the court order. The federal government decided to appeal, against the decision, in the Supreme Court, but the then Prime Minister of Pakistan, Nawaz Sharif ordered to take the appeal back saying that the offense deserved punishment higher than a death penalty.

Just as Nawaz Sharif was not an Islamic scholar to understand the consequences of such decree, the Federal Shariat court did not have a single Islamic Scholar on its bench to arrive at a decision aligned with the true spirit of Islamic injunctions. Alternatively, the SC Shariat Bench had judges of the calibre of Molana Taqi Usmani and Pir Karam Shah.

The situation would have been entirely different had 295-C was allowed to be interpreted not on the popular sentiments but the wisdom of scholarly minds.

From the above discussion, we can deduce that the blasphemer would always be a Muslim with an option to seek pardon from the death penalty. A non-Muslim caught talking against the prophet Muhammad (PBUH) would be tried according to the criminal justice system of the country again with an option to seek and get the pardon.

The hardliners defend their position of only giving death sentence to the blasphemer by quoting Hadiths (sayings of the prophet) out of context. The fact, that all those characters killed as blasphemers in the history of Islam were habitual and hard-core criminals, unlike Asia bibi who was just a housewife, is barely mentioned.

Today is the time to reconsider the approach concerning blasphemy in Pakistan that according to Islamic jurisprudence is a bailable, pardonable and defendable offense. Once this order is established, the negativity and plotting surrounding minorities will fall, and Pakistan will become a real Islamic State.

The writer is a journalist; she can be reached at durdananajam1@gmail.com