Suroz is a bowed string instrument with a long neck and is played vertically. It is also considered the national instrument of the Baloch.

In the beginning, the suroz was limited to the Ludi caste of the Baloch that was taught by the elders of the tribe to their youngsters. Then, it was considered as a hereditary profession.

In the beginning, the suroz was limited to the Ludi caste of the Baloch that was taught by the elders of the tribe to their youngsters. Then, it was considered as a hereditary profession

As all Baloch began playing the suroz, it has now become the part and parcel of the Baloch culture. It’s another story that the artists and musicians of suroz have received little appreciation, patronage and support. 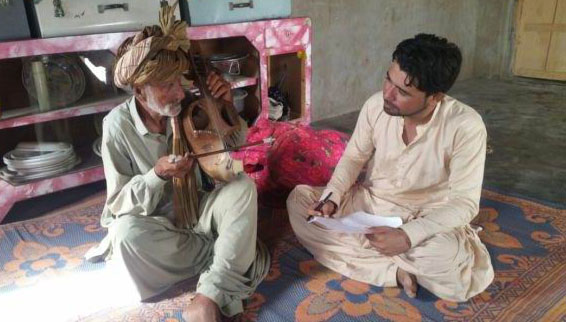 Karim Bukhsh is one such artist from Pasni who has been performing with a suroz for 60 years. He used to make ends meet by performing at wedding ceremonies but at the age of 86, commercial performance no longer were possible for him.

The musician informed media that he had performed in Islamabad, Murree, Lahore and Multan several years ago, adding that the government hasn’t taken enough measures to promote the ancient art of suroz.

Karim Bukhsh is still hopeful about the bright future of those playing the suroz. “The prosperity of the suroz depends upon the youth – if they continue to like it the way they do, the musical instrument will always live.”

“A suroz has 18 wires and 12 sounds,” further elaborating that the structure of a suroz is made of deer’s skin.

Famous Baloch singer Ikram Khan, while talking to media said, “The suroz always had a very significant role in Baloch music,” adding that Baloch poetry will be incomplete without this instrument. 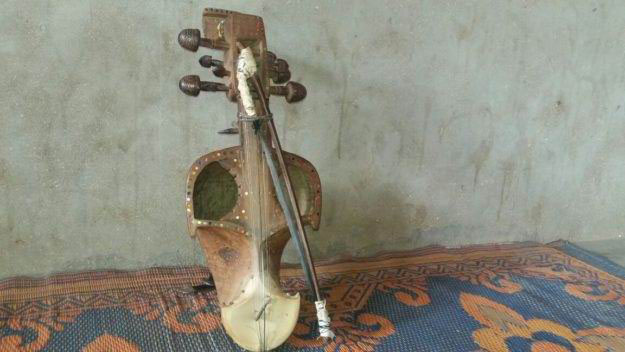 The instrument of suroz has produced a beautiful combination of modern and classical Balochi music for modern music.

The article originally appeared in PakVoices. The writer is a citizen journalist based in Pasni