Who is responsible? s

Sir: The news of seven newborn casualties was saddening for every reader. Reportedly, fire broke out due to some electrical short circuit and engulfed the entire nursery section. As reported, the chief minister has as usual formed a committee to probe. However, the deadline for reporting back to him has not been defined in his statement.

The fire is a wake up call for everyone. Sadly, the staff reportedly ran away. It was the parents of those babies who, endangering their own lives, tried to save their newborns. Fire extinguishers were not used to put out the fire immediately, perhaps because there were none available. Maybe they were out of service or perhaps the necessity to have those fire extinguishers was never felt. Why were the injured or burned babies shifted to the emergency ward where there was no arrangement for neonatal care?

I fully support that an FIR of the incident should be lodged against the MS of the Services Hospital and a case be filed against him and all those responsible in the management for this gross negligence, which clearly depicts that these seven newborns died due solely to their mistake. Someone sitting at the helm of affairs should take responsibility for these deaths and extraordinary care should be observed to treat the injured who are also in a serious condition. 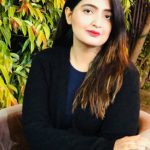