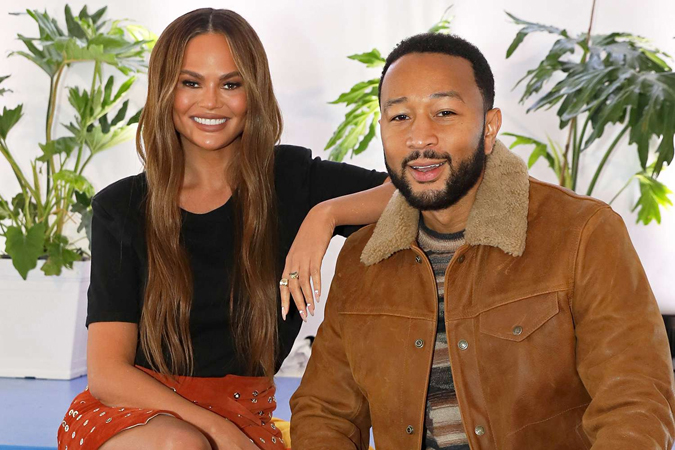 Chrissy Teigen and John Legend have officially expanded their family. The couple welcomed a baby on Jan. 13, the Grammy winner announced during a private concert shortly after the bundle of joy’s arrival, People reports. According to the outlet, John told the audience the baby was born “this morning” and called it a “blessed day.” E! News has reached out to reps for the couple and has yet to hear back.

The Cravings author-who shares children Luna, 6, and son Miles, 4, with John-announced the news that she was expecting another baby in an emotional Instagram post back in August, where she reflected on the two years since suffering a pregnancy loss with their son, Jack. “The last few years have been a blur of emotions to say the least,” she wrote in the Aug. 3 post, “but joy has filled our home and hearts again. 1 billion shots later we have another on the way.” Chrissy continued, “Every appointment I’ve said to myself, ‘ok if it’s healthy today I’ll announce’ but then I breathe a sigh of relief to hear a heartbeat and decide I’m just too nervous still.” Although she admitted she was nervous to share the news with the rest of the world, Chrissy shared her excitement for their growing family. “I don’t think I’ll ever walk out of an appointment with more excitement than nerves but so far, everything is perfect and beautiful,” she wrote, “and I’m feeling hopeful and amazing.” In the past, John has explained how their experience with loss has prepared them for the little one’s arrival. “It feels like we learned so much over the years through struggle and through the challenges that we faced,” the “All of Me” singer said on a Sept. 23 interview on Sunday Today with Willie Geist. He continued, “And we’re ready. We’re ready for a new baby in our lives.”