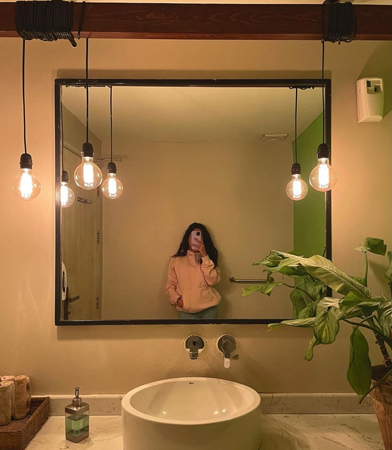 Actor Anoushay Abbasi slayed in the new sun kissed picture gallery going viral on social media platforms. The ‘Benaam’ actor treated her one million followers on the photo and video sharing application with some new sun kissed selfies of herself on Wednesday. “Clearly, I couldn’t pick just one picture to post today,” the celebrity wrote in the caption of the four-photo and video gallery. The viral post featured some selfies of Abbasi, dressed in a black top and flaunting her au-naturel look, as she soaked up the winter sun. The actor also posted an aesthetic sunset clip along with her selfies. The post was liked by thousands of users on the gram and was reshared by several fan pages. It should be noted here that Anoushay Abbasi is among the most followed celebs on social media, with over a million fans on the social platform Instagram. She frequently shares BTS glimpses of her acting projects as well as sneak peeks of her family time on the feed. Meanwhile, on the work front, Abbasi was last seen in the drama serial ‘Habs’ opposite actor-director Musaddiq Malek. Previously, she has proven her mettle in several successful projects with the likes of ‘Mera Saaein 2?, ‘Kaala Jaadu’, ‘Khushboo Ka Ghar’, ‘Pyaray Afzal’, ‘Ghalati’, ‘Prem Gali’, and ‘Benaam’.