* On Sunday, Durrani took to his Instagram account, clearing the air regarding his marriage with one of India's most controversial celebrities, Rakhi Sawant 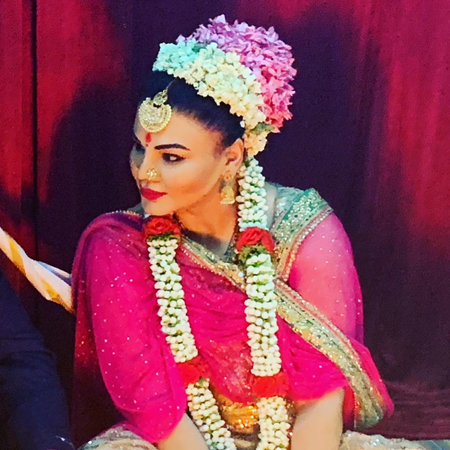 Bollywood star Salman Khan may have played a role in saving the marriage of Rakhi Sawant and Adil Khan Durrani as the couple had faced some initial denial from the latter, but he cleared the air by sharing a post on Instagram, stating they are happily married.

After initially denying their marriage, Adil Khan Durrani finally confirmed that he and Rakhi Sawant were married.

On Sunday, Durrani took to his Instagram account, clearing the air regarding his marriage with one of India’s most controversial celebrity, Rakhi Sawant.

He wrote, “So here’s an announcement finally, I never said I am not married to you Rakhi.”

Recently, the couple was papped by Indian media in Mumbai where Rakhi confirmed that Salman Khan saved her relation as he called her husband and thanked Bollywood actor Salman Khan for his role in helping her with the marriage.

She said, “My bhai loves him a lot too. They have also met. Definitely, he got a call from my brother.” She added, “With bhai around, do you think he can deny the marriage of Salman’s sister?” It is not known the specific details of what Salman said to Durrani, but it seems his involvement was instrumental in getting the marriage on track.