No snap polls despite assemblies’ dissolution 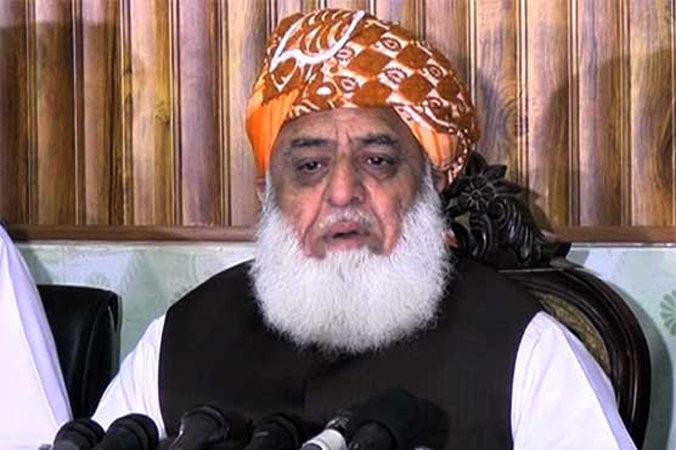 Jamiat Ulema-e-Islam-Fazl (JUI-F) chief Maulana Fazlur Rehman said on Monday snap elections would not be held despite the dissolution of Punjab and Khyber Pakhtunkhwa assemblies. Addressing a news conference, he lashed out at the political opponents, saying, “We will consider the options as per the constitution and law.” “Regardless of the fact that the PTI is dissolving the assemblies, its legal power is all over.” “The country and its institutions will not work as per PTI s desire,” he said. Fazl said that there was no space of presidential form of government in the country and deplored that unfortunately after every one or two decades a person was imposed to talk about a new system in the country.

Addressing a Jamiat Lawyers Convention here, he said that Islamic Ideological Council was established in 1973 to make laws in the light of Quran and Sunnah in Pakistan, adding that it was clearly mentioned in the Constitution of Pakistan that Presidential form of government would never be implemented in the country. He said that Imran Khan was planted in Pakistan as part of a global conspiracy. He said previous ruler intentionally harmed the multi billion CPEC project in Pakistan just to please their foreign masterminds and make the country’s economy weak. He said that PDM has tightened the noose around Imran Khan, the one who called others thieves was hiding his malpractices. He questioned Imran Khan to tell the nation that who sold the precious antiquities of Peshawar Museum, adding that Tosha Khana was a big scam.

He said that those who claimed to bring political and economic stability tell their performance of three and a half years. “Those who claimed to make Pakistan a Madina like state forgot all moral values and used abusive language against others and committed character assassination of others,” he remarked. Maulana Fazlur Rahman said that unfortunately today the more emphasize was being given to accept Israel and the atrocities being committed in Palestine, Burma and other Muslim countries were being overlooked and ignored.