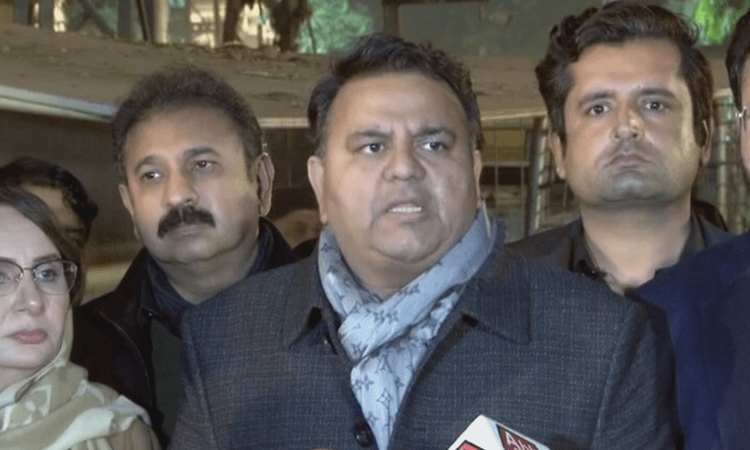 Pakistan Tehreek-e-Insaf (PTI) leader and former federal minister Fawad Chaudhry on Friday while offering the federal government to sit down on the election framework said that the elections should be held simultaneously in the entire country.

Fawad urged Governor Balighur Rehman to dissolve the Punjab Assembly (PA) forthwith instead of waiting for the 48-hour deadline to pass. “We advise the governor to not wait for 48 hours and sign the summary immediately,” he said.

Fawad said contact was being initiated with Leader of the Opposition in the PA Hamza Shahbaz to begin discussions over the caretaker setup and that Elahi would be forwarding him a few names. “We hope he (Elahi) sends the names of those who are able to carry out free and fair elections,” he said.

Fawad added that Khyber Pakhtunkhwa Chief Minister Mahmood Khan and his cabinet were scheduled to visit the PTI chairman but were unable to do so due to inclement weather. “We spoke to them on the phone,” he said. “They have prepared the advice to dissolve the KP assembly”.

He lambasted the ruling coalition government for “hiding their faces from the public”. “All they do is run from elections. Democracy thrives on votes,” he said, adding that the government could not keep running away from polls. The plea filed by the new “broiler MQM” was rejected by the court, the PTI leader said, adding that the LG polls in Karachi and Hyderabad would be held as per the schedule – January 15 (Sunday). All component parties of the Pakistan Democratic Movement (PDM) were trying to avoid the elections, he said, adding that they were afraid of facing the people.

Speaking on the occasion, Fawad also urged the Supreme Court to ensure that the elections are held as per the schedule. The PTI leader also said that President Arif Alvi can ask Prime Minister Shehbaz Sharif to take a trust vote as it is his “constitutional right”. PML-N Supremo Nawaz Sharif should return home and face the cases lodged against him, he said. Let the investigations into the assassination attempt on the life of PTI chief Imran Khan be completed independently, Fawad said and warned against any obstacle in it. Fawad said that “money laundering” was the key reason behind the country’s economic crisis. “How can there be economic prosperity in the country, when the finance minister is involved in money laundering,” he added.