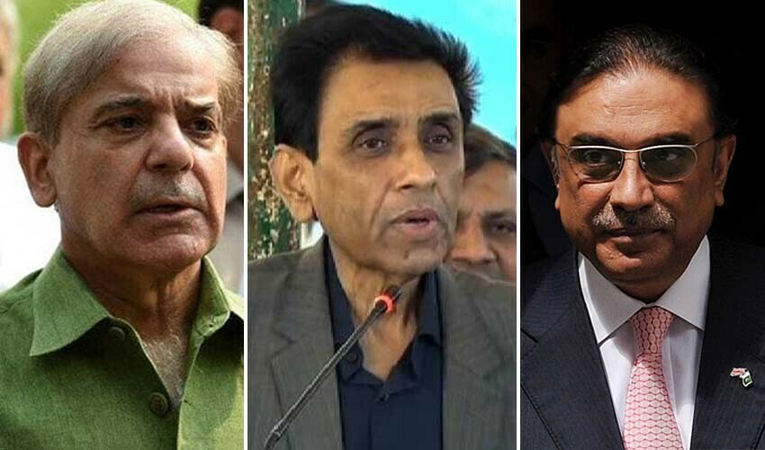 Prime Minister Shehbaz Sharif and PPP supremo Asif Zardari have sought to calm the nerves of its provincial and national political ally amid tensions over the upcoming second phase of local government elections in major urban centers of Sindh.

The disgruntled MQM-P had hinted at quitting the provincial and national coalitions after Election Commission of Pakistan’s refusal to accept a notification from the Sindh government to withdraw delimitations made for Sunday’s local government polls in the Karachi, Hyderabad and Thatta divisions.

Asif Ali Zardari and Muttahid Qaumi Movement-Pakistan (MQM-P) Convenor Khalid Maqbool Siddiqui spoke via telephone on Friday evening. The former president assured Siddiqui of resolving all matters amicably through talks without resorting to extreme steps. He added that progress on the matter is expected by Friday tonight and that decisions taken by the Sindh government will be implemented in letter and spirit later.

After Zardari, PM Shehbaz Sharif also called Siddiqui. During their telephonic conversation, the prime minister assured Siddiqui that all of their reservations would be addressed.

Both MQM-P and the PPP had argued publicly that in wake of the Sindh government withdrawing the notification for delimitations, the ECP had no choice but to postpone polls. However, the ECP, following an emergency huddle in Islamabad on Friday afternoon ruled that once the election schedule has been
announced, the constituency boundaries cannot be redrawn and directed to hold the elections on the announced date.

Protests from both the Sindh government and the MQM-P fell on deaf ears as the ECP continued with its preparations for the polls. The MQM-P, which has been fighting tooth and nail on the delimitation matter, has already announced to boycott the polls and to create obstacles such which would ground all polling activity to a halt in Karachi.