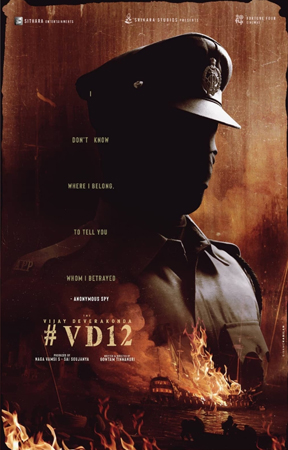 Telugu star Vijay Deverakonda has announced his upcoming film which will be helmed by Jersey director Gowtam Tinnauri. The announcement was made on Friday with a poster. This movie has been tentatively titled VD12. It is co-produced by Sithara Entertainments and Fortune Four Cinemas. The film’s poster shows a police officer, whose face is covered with a cloth, indicating that Deverakonda might play the role of a police officer. Before making the announcement, producer S Naga Vamsi had written on Twitter, “We are not going to say that this is earth-shattering or MASSive or HUUUGE but this is something spectacular. Hope you all will join us at 7:11 PM, Today! Stay tuned.” Vijay Deverakonda took to his social media handles to announce the film and said that his heart skipped a few beats when he heard the story. He wrote, “The Script. The Team. My next. My heart skipped a few beats when I heard this.” The announcement was also made through production house Sithara Entertainment’s official social media page. The caption read, “I don’t know where I belong, to tell you whom I betrayed – Anonymous Spy.”