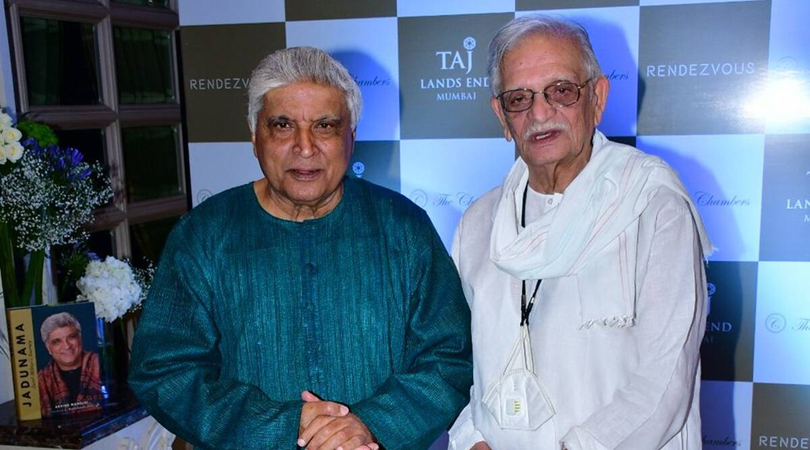 Writer/Lyricist Javed Akhtar recalled an incident recently where a man once greeted him at the airport thinking he was Gulzar; the latter did not correct him and left him in confusion.

Javed narrated the incident during the launch event of the book Jadunama written by Arvind Mandloi on Javed. He was called upon the stage accompanied by Gulzar Sahab.

The Kal Ho Na Ho song writer revealed: “Shabana and I were at the airport, when the airline staff asked us to sit and said they will get our luggage. Shabana was sitting right next to me when a gentleman approached me and said, ‘Adaab Gulzar saab!’ I responded with an adaab too.”

“He then wondered, ‘How come Gulzar saab is at the airport?’ I told him that Javed Akhtar saab is coming, so I am there to receive him!”

IndianExpress reported, Gulzar started laughing after hearing the incident narrated by the 77-years old writer. According to Javed Akhtar, it’s not like the two of them look alike, it’s just people nowadays with average intelligence use their brains like Kabad Khaana.