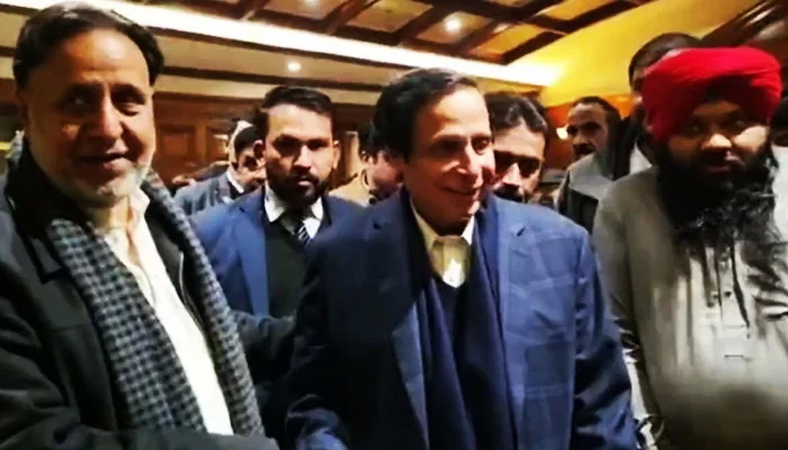 Chief Minister Parvez Elahi yet again won the much-awaited confidence vote in the Punjab Assembly Wednesday night after lawmakers sitting on the treasury benches entrusted their trust in him, with the opposition boycotting the session in protest after tearing up the agenda copies.

The provincial chief executive took the confidence vote after the Lahore High Court (LHC) ruled that the governor had the authority to ask the chief minister to seek the trust of the house even during an ongoing session.

Earlier, Punjab Assembly Speaker Sibtain Khan, who presided the session, ordered for bells to be rung for five minutes, following which the assembly hall and lobby were closed for new entrants. As it appeared all set for the vote to be held, government and opposition lawmakers renewed hostilities around the speaker’s dais and engaged each other in angry jostling. Shortly after, the opposition MPAs staged a boycott of the session and walked out.

Outside the Punjab Assembly, Interior Minister Rana Sanaullah labelled the session’s proceedings “against the rules and Constitution”, and accused the speaker of “bulldozing” the vote of confidence. Earlier, PTI Vice President Fawad Chaudhry said that the PTI-PML-Q coalition had the support of 187 MPAs – a claim reiterated by Mian Mahmoodur Rashid.

The PA session, which began around 5pm, witnessed chaos for a third day running as the opposition reiterated its demand for Elahi to seek the confidence vote. The session began hours after the Lahore High Court (LHC) extended the “interim relief” of reinstating Elahi as chief minister till Jan 12, adding that the chief minister couldn’t dissolve assembly until 9am tomorrow. 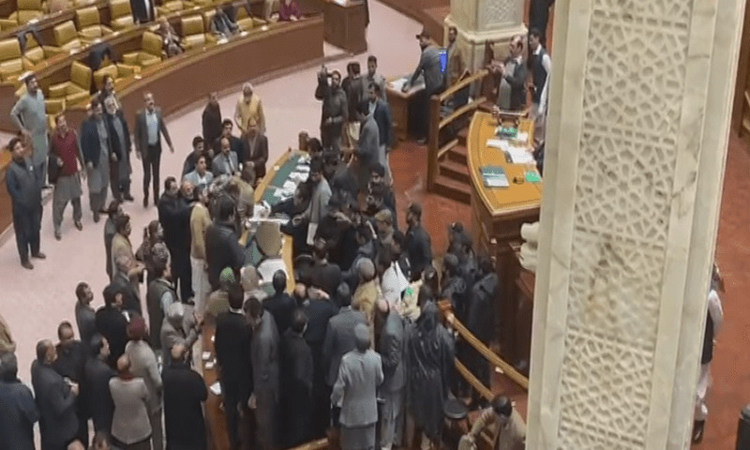 Meanwhile, Elahi – who had met with PTI chief Imran Khan earlier in the day – arrived at the PA shortly after 10pm. Speaking to a private TV channel from the assembly hall, Fawad said, “The numbers for the confidence vote are complete.” He said that the PTI-PML-Q alliance was currently waiting for some lawmakers who were en route to the PA from various other cities in the province. He said that the confidence vote would be held as soon as they arrived. Fawad also said that from a legal perspective, the vote could be held at any time since the session was still under way. He commended lawmakers for rejecting bribes offered to switch their loyalties. When asked what about the plan of action if the confidence vote was held, Fawad said the party would then withdraw the petition from the high court and forward the summaries for dissolving the Punjab and Khyber Pakhtunkhwa assemblies by tomorrow morning.

Questioned about his thoughts on the possibility of the confidence vote not being held, Fawad said: “God willing we will take it. We are only waiting for two MPAs [to arrive].” Meanwhile, Fawad also took to Twitter to say that the “number of 187 is complete”. In another tweet, he said that according to the directives issued by the LHC, Elahi could seek a vote of confidence “at any time”. “For weeks the PML-N was demanding we show 186 lawmakers. Now when the time has come to show the numbers, why are you running?”