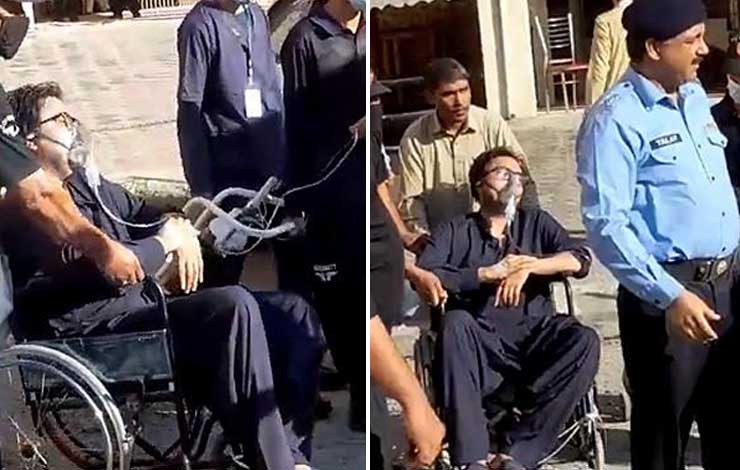 A district and sessions court in Islamabad has again postponed the indictment of PTI leader Shahbaz Gill in a sedition case.

During the previous hearing, the judge directed Gill to assure his presence in court and issued bailable arrest warrants for him.

Despite the fact that the PTI leader arrived at the Islamabad Kuchehry and his presence was noted in the court, he remained in the ambulance while wearing an oxygen mask on his face.

Gill’s lawyer told the judge that his client was unable to come to the court as he could not take off his oxygen mask and he was sitting in the ambulance standing outside.

However, the court issued bailable warrants for Imad Yousuf against Rs50,000 surety bonds.