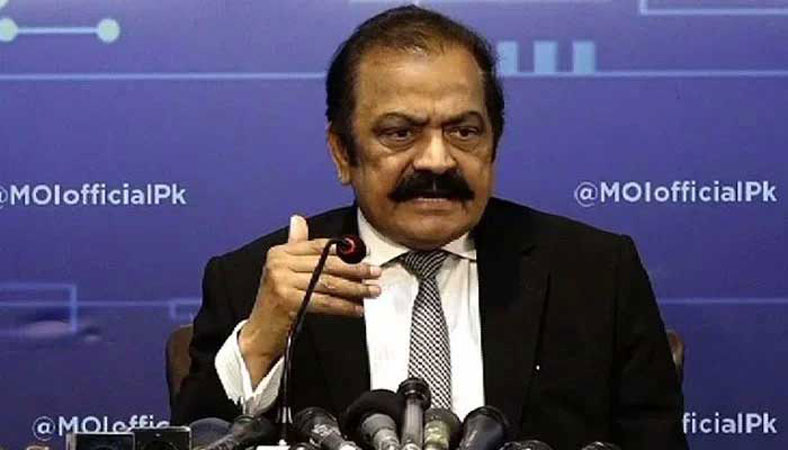 Interior Minister Rana Sanaullah has accused the Pakistan Tehreek-e-Insaf (PTI) of twisting facts surrounding the assassination attempt on its chief Imran Khan in Wazirabad on November 3 last year. Addressing a press conference in Lahore on Thursday, Sanaullah claimed that the former premier did not receive bullet injuries in the attack and also rubbished his claims that the three shooters were present at the scene. Sanaullah said only one alleged shooter Naveed was present at the scene who he said is a religious fanatic. He said the Punjab government could implicate other accused in the Wazirabad case. He said the property in the name of Al-Qadir Trust was worth six billion rupees and its trustees were only Imran Khan and Bushra Bibi. Rana Sanaullah said the National Security Committee had made it clear that there would be no talks with any terrorist organization. He said any organization that was used for terrorism against the people or state was unacceptable. He said the Taliban had promised the entire world, including Pakistan, that they would not allow their land to be used for terrorist activities against any country.

He expressed the hope that if Afghanistan implemented this agreement, peace would be strengthened in Pakistan and the world at large.

He said political stability was necessary for economic uplift, but due to Imran Khan’s bad economic policies during his four years regime, the country suffered a lot, thus the situation worsened. He said the nation should realize that Imran Khan had been running the campaign of defaulting the country for the last two months. He said the Toshakhana case, the foreign funding case or the Al-Qadir Trust case, all were white-collar crimes and being investigated.