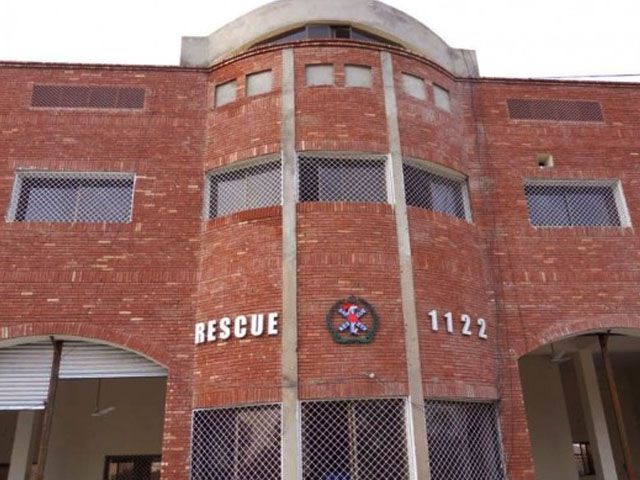 FAISALABAD: District administration has declared an employee of Punjab Emergency Services (Rescue 1122) fire rescuer Abdul Rehman as “Hero Faisalabad 2022” because he had brought down an irritated man safely from rooftop of Clock Tower.

Deputy Commissioner (DC) Imran Hamid Sheikh went to the residence of rescuer Abdul Rehman situated at Mohallah Siddique Abad Narwala Road to appreciate his bravery for protecting live of an angry man who wanted to commit suicide due to delay in his marriage.

The DC also gave away a cash prize of Rs.50,000 along with honorary shield and bouquet to him in recognition of his excellent performance for protecting a human.

Although Abdul Rehman faced severe resistance from angry man, yet he remained calm and succeeded in bringing him down safely which was a great exercise for the entire Rescue 1122 department, he added. The DC also interacted with mother of fire rescuer Abdul Rehman and congratulated him on bravery of his son.