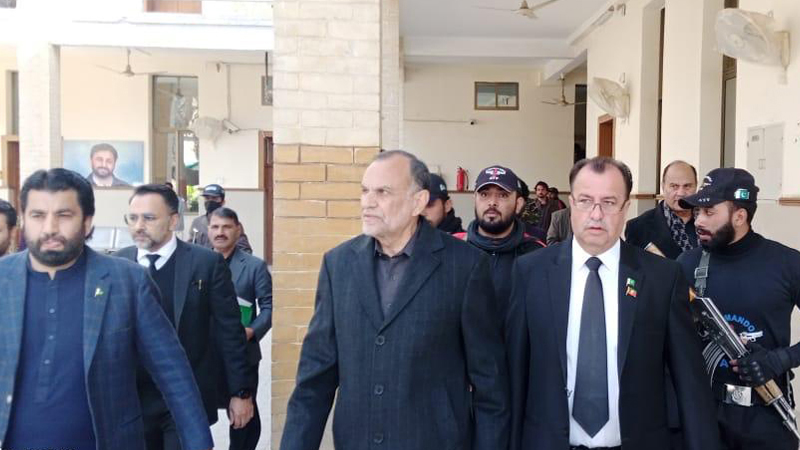 Chief Justice Aamer Farooq announced the verdict after the two sides concluded their arguments. At the outset of the hearing, Swati’s son appeared before the court and adopted the stance that his father had sent a letter from jail.

He prayed the court to shift the case to another bench. The chief justice remarked that the letter was in front of this court, adding that a larger bench would be set up on this matter in next week to address this issue once and for all.

The court remarked that usually it would view such letters. Petitioner’s lawyer Dr. Baber Awan said that he had requested Swati’s son to withdraw the said letter.

After consultation with the lawyers on the occasion, the letter was withdrawn. Meanwhile giving arguments on bail case, Baber Awan said that the high courts of Sindh and Balochistan had quashed the FIRs against Azam Swati. He argued that he had never seen an FIR in which the time and incident place was never mentioned.

The FIA on the occasion adopted the stance that the special prosecutor couldn’t attend the proceeding for this day and prayed the court to adjourn the hearing for this day. The court rejected the request of FIA and reserved its judgment.

Later, the court accepted the bail against surety bonds worth Rs 200,000 and ordered to release Azam Khan Swati. It may be mentioned here that FIR was registered against Swati on controversial statements against the state institutions.