I really did fall in love: Humaima 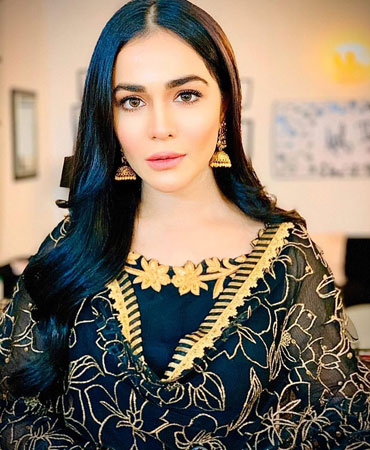 Actor Humaima Malick confessed that she was ‘really in love’ in the latest Instagram video going viral on social media.

The seasoned film and TV actor turned to her account of the photo and video sharing application on Thursday morning and published the latest post on the feed.

“Mujhey waqai pyaar hoa tha, (I was actually in love)” she confessed in the caption on the gram with a red heart emoji.The clip was watched by at least 51,000 users of the social platform within hours and received numerous likes and comments for the celebrity.

To note, Humaima Malick is one of the most popular celebrities on social media with 1.3 million Instagram followers. She takes to the platform for sharing pictures and videos of herself, her family members and her professional front.

The celebrity, who started off as a model at a young age before foraying into acting, is considered one of the finest actors in Pakistani television and cinema. Malick made her Bollywood debut with ‘Raja Natwarlal’ opposite Emraan Hashmi.

For the unversed, Malick is the elder sister to actor Feroze Khan and TV host Dua Malick.