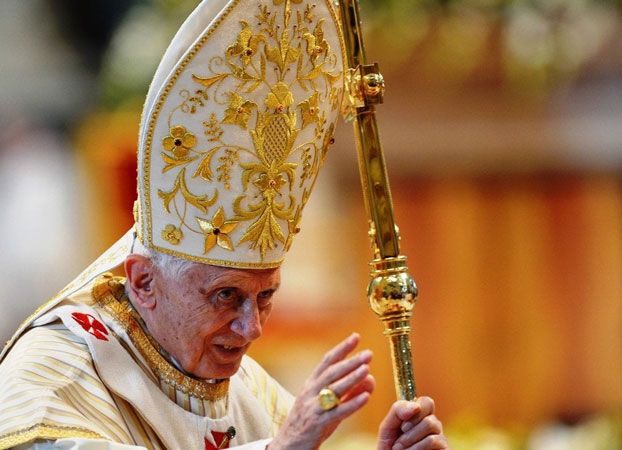 Former Pope Benedict died on Saturday in the Mater Ecclesiae Monastery in the Vatican, a spokesman for the Holy See said.

“With sorrow I inform you that the Pope Emeritus, Benedict XVI, passed away today at 9:34 in the Mater Ecclesiae Monastery in the Vatican. Further information will be provided as soon as possible,” the spokesman said in a written statement. He was the first pontiff in 600 years to resign, leaving behind a Catholic Church battered by sexual abuse scandals, mired in mismanagement and polarised between conservatives and progressives.

Benedict, the first German pope in 1,000 years, had good relations with his successor, Pope Francis, but his continued presence inside the Vatican after he stepped down in 2013 further polarised the Church ideologically. Conservatives alarmed by Francis’ progressive moves looked to Benedict as the guardian of tradition. Several times he had to tell nostalgic admirers via visitors: “There is one pope, and it is Francis.” A piano-playing professor and formidable theologian, Benedict was by his own admission a weak leader who struggled to impose himself on the opaque Vatican bureaucracy and stumbled from crisis to crisis during his eight-year reign. Benedict repeatedly apologised for the Church’s failure to root out sexual abuse of children by clergy, and although he was the first pope to take serious action against abuse, the efforts failed to halt a rapid decline in church attendance in the West, especially in Europe.

In 2022, an independent report in his native Germany alleged that Benedict had failed to take action in four abuse cases when he was Archbishop of Munich between 1977-1982. Shaken by the report, he acknowledged in an emotional personal letter that errors had occurred and asked for forgiveness. His lawyers argued in a detailed rebuttal that he was not directly to blame. Victims groups said the couched response squandered an opportunity from a scandal that rattled the Church worldwide.

Benedict will be best remembered for shocking the world on Feb. 11, 2013, when he announced in Latin that he was resigning, telling cardinals he was too old and frail to lead an institution with more than 1.3 billion members. It was always going to be tough following his charismatic predecessor Pope John Paul II, who died in 2005, and Benedict admitted to difficulties in an emotional farewell.

“There were moments of joy and light, but also moments that were not easy … There were moments … when the seas were rough and the wind blew against us and it seemed that the Lord was sleeping,” Benedict told his last general audience, a gathering of more than 150,000 people. The Seat of St Peter was declared vacant on Feb. 28, 2013, when Benedict took up residence at the papal summer retreat at Castelgandolfo, south of Rome, while cardinals from around the world gathered in the Vatican to choose his successor.