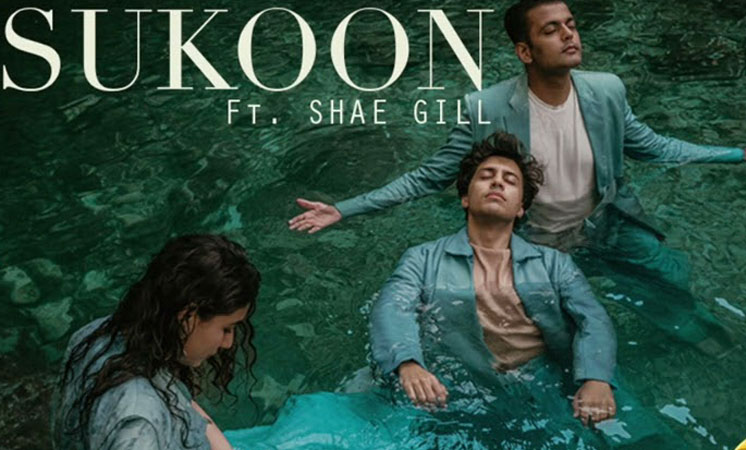 After making her debut with the chart-topping global hit Pasoori, Shae Gill dropped a musical collaboration with songwriter-singer duo Hassan and Roshaan from Lahore.

Titled Sukoon, it has become a hit amongst music fans transnationally. While some netizens had issues with the subtle hints of queerness in the video, the majority of users wrote about how peaceful and melancholic vibes the song gives. A few users even compared Gill’s voice to the legendary Nazia Hassan after listening to the song.

Even the male vocals by Hassan and Roshaan have garnered immense praise. The duo expressed their gratitude after the song was used by two Bollywood actors, Ayushmann Khurrana and Rohit Saraf in their respective Instagram posts.

The talented duo stated on their joint Instagram handle, “What is happening? We seriously didn’t expect all this love and support.”

Sukoon’s audio was originally out in October, but the music video was released in December. Hassan and Roshan took to Instagram to share the clip and wrote, “When the director heard the song, he said the song gave him a sense of peace coupled with melancholy. Like a goldfish in a fishbowl, zindagi haseen bhi hay, tanha bhi hay [life is also beautiful, life is also lonely). A goldfish in a bowl, perhaps the prettiest, loneliest thing one could visualize.”