The future of nuclear Russia

Nuclear weapons have always occupied a central strategic place in Soviet and Russian national security doctrines. Starting in the early 1950s, the Soviet leadership put a heavy premium on the role of strategic weapons systems as a means of achieving strategic parity with its main rival, the United States. After the initial efforts for global nuclear disarmament failed, the Soviet Union invested significant resources into strengthening a ‘triad’ of nuclear weapons delivery systems, consisting of traditional strategic bombers, land-based intercontinental ballistic missiles (ICBMs), and strategic submarines with sea-launched ballistic missiles (SLBMs). Although the freezing climate of mutual rivalry thawed considerably after the collapse of the Soviet Union, the main thrust of Russia’s nuclear strategy remained unchanged. While the US resorted to reducing the role of nuclear weapons in its national security strategy, Russian leaders sought to expand the role of nuclear weapons in their future military policy. In 1993, the Russian government of Boris Yeltsin unveiled new changes in their military posture, issuing the famous document entitled, Principle Guidance on the Military Doctrine of the Russian Federation (PGMD). The document for the very first time made it clear that Russia reserves “the right of first use of nuclear weapons” even in case of a conventional war. Many experts attributed this decision to give an enhanced role to nuclear weapons in the foreign policy agenda to the gradual decay of Russian conventional military power during the last few years of the Cold War. Although the Russian Federation still possessed the world’s largest nuclear weapons stockpile, two-thirds of its nuclear triad had come to the end of its service life. When Vladimir Putin, Yeltsin’s hand picked successor, took over as president, Russia did not even have enough resources to maintain its then existing strategic forces of ten thousand nuclear warheads on delivery vehicles and twenty thousand tactical or sub-strategic nuclear weapons.

The 2000 national security doctrine of Russia elaborated in detail the conditions under which Russia may resort to the limited use of nuclear weapons. It stated: “The Russian Federation reserves the right to use nuclear weapons in response to the use of nuclear or other types of weapons of mass destruction against it and (or) its allies, as well as in response to a large-scale aggression involving the use of conventional weapons in situations critical to the national security of the Russian Federation.” President Putin ordered large-scale reforms in the military industrial complex (MIC), offering full support to the modernisation of the country’s missiles programme and the strategic nuclear forces. But the Russo-Georgian War of 2008 again brought the realisation that Russian conventional forces remain unable to engage in a prolonged conflict against another major military power due to the lack of modern military hardware. It was against this backdrop that in 2009, Lieutenant General Andrey Shvaychenko, then Commander of the Russian Strategic Missile Forces, signalled continuing the policy of first use of nuclear weapons. Russian policymakers have generally regarded nuclear weapons as a guarantee of their security and independence in a “hostile environment full of potential or actual enemies”. According to the most recent estimates, Russia’s nuclear security establishment maintains a stockpile of more than 4,300 nuclear weapons. At least 1,600 strategic weapons are deployed at strategic bomber bases and on missiles. In addition to another 2,000 tactical warheads, approximately 700 strategic warheads are held in storage. Such a vast arsenal of nuclear weapons continues to raise concerns amongst the international community. Last year in December 2013, Russian Vice-Prime Minister Dmitry Rogozin warned that Russia will use nuclear weapons first “in certain situations to defend its territory and state interests”. Despite the lapse of more than two decades since the end of the fierce ideological struggle between the US and the former Soviet Union, Russia’s present leadership is still obsessed with reviving its overarching influence in the former Soviet republics. In order to counter the emerging new threats, Moscow launched a new nuclear modernisation programme in 2013 that focuses on the construction of ballistic missile submarines, development of intercontinental ballistic missiles (ICBMs) and new strategic bombers. The ruling political elites in Moscow consider the Obama administration’s complete nuclear disarmament policy as inimical to its core interests. Despite President Putin’s willingness to work towards achieving the idea of a nuclear free world, ‘nuclear zero’ proposals have generally been perceived in Moscow as part of a thinly veiled plan to disarm Russia by neutralising its nuclear potential. The widespread opinion in Russian policymaking circles is that they will not be able to successfully combat the US and its allies or even China in conventional warfare, and may eventually be unable to follow an independent policy if left without nuclear weapons.

On the other hand, there is a lot of euphoria among liberal circles in Russia regarding the Obama administration’s stated goals to stop the development of new nuclear weapons and work with the Russian leadership to seek ‘dramatic reductions’ in US and Russian stockpiles of nuclear weapons and material. But there remain some major political obstacles hampering practical progress towards ensuring significant reductions in nuclear stockpiles, the most prominent being the lack of political will and nurturing of imaginary fears by the Russian government. If the Obama administration really wants to make progress towards the lofty goal of enhanced global security and nuclear abolition, it would have to convince the Russians of the rightness of reducing their reliance on nuclear weapons. Taking Russia’s nuclear posture seriously and engaging with them constructively may lessen their concerns and make them agree to a more practical and cooperative nuclear disarmament agenda. How the US tackles this challenge will inevitably determine the future of the global nuclear disarmament agenda.

The writer is a research scholar and a former visiting fellow at the Monterey Institute of International Studies, California. He can be reached at rizwanasghar7@hotmail.com 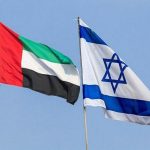 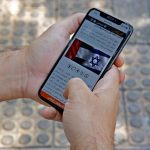 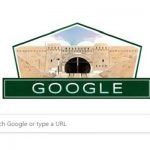 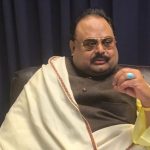 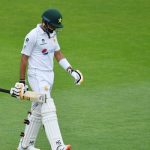 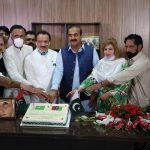