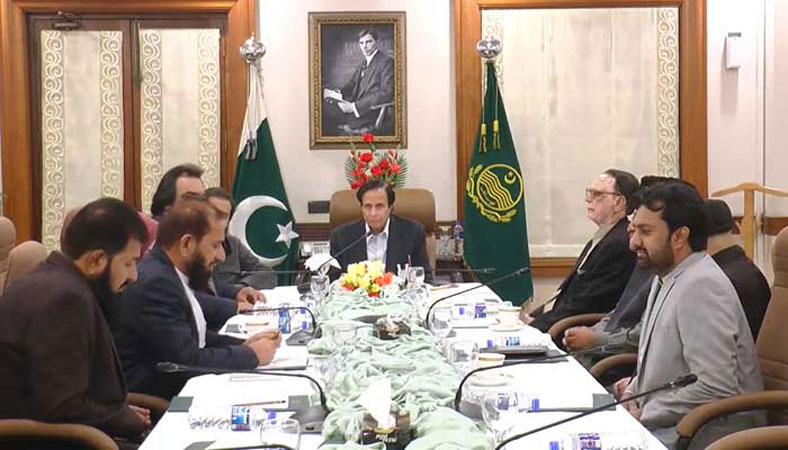 Punjab Chief Minister Chaudhry Parvez Elahi Wednesday reiterated his support for Pakistan Tehreek-e-Insaf Chairman Imran Khan. “We are wholeheartedly with Imran Khan and will continue to support him,” the chief minister wrote on Twitter. He added that PML-Q is and will always remain united. “Rumour mongers are functioning on a specific agenda,” he said, slamming the province’s joint opposition. CM Elahi’s tweet came after his meeting with the Pakistan Muslim League-Quaid’s (PML-Q) parliamentary party’s members in Punjab took place in Lahore. In the meeting – presided over by the Punjab CM and PML-Q’s parliamentary leader Sajid Bhatti – members gave Punjab CM full authority for all decisions and resolved to remain united under his leadership, the party statement read.

If a no-confidence motion is moved in the provincial assembly, members agreed to vote in favour of the chief minister, speaker and deputy speaker. Bhatti asserted that CM Elahi is the party’s leader, while the party expressed full confidence in him. “We are and will always be with Chief Minister Parvez Elahi.

We stand alongside him with parliamentary, political and public power,” the statement added. Members, as quoted in the statement, said that the nefarious intentions of those propagating disagreements would fail. The political situation was also reviewed in detail during the parliamentary meeting of the Chaudhry Shujaat-led party.