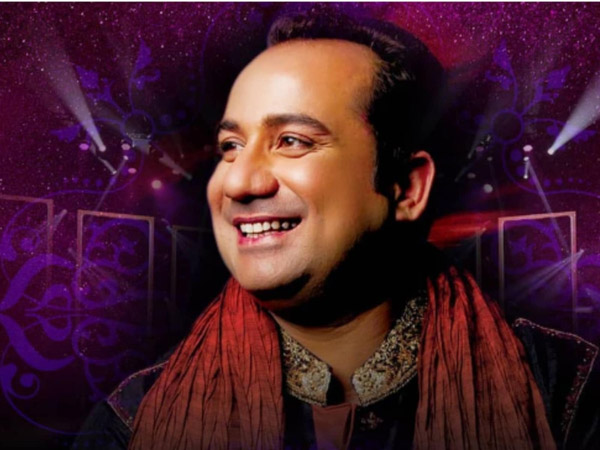 Renowned Pakistani singer Rahat Fateh Ali Khan is celebrated his 48th birthday on Friday. Khan, who is also dubbed as ‘the king of melodious voice’ was born into a Punjabi family of Qawwals and classical singers in Faisalabad. He is the son of Farrukh Fateh Ali Khan, grandson of Fateh Ali Khan and the nephew of legendary Qawwali singer Nusrat Fateh Ali Khan. He has a keen interest in music from a very young age and he was often spotted singing along with his uncle and father at different events. Rahat Fateh Ali Khan, who has lent voice to several hit songs of Bollywood, first performed publicly at the age of nine and since then he continues to win hearts with his power-packed vocals. With more than 50 albums to his credit, he also continues to contribute as much as he can to the music industry of Pakistan. Last year, he was honoured with a lifetime achievement award and honorary membership by the Arts Council Karachi. The singing guru has millions of followers on YouTube and his “Zaroori Tha” bagged a whopping 1 billion views on the video-sharing platform last year.