Degrees awarded to 2897 students at 18th convocation of LCWU 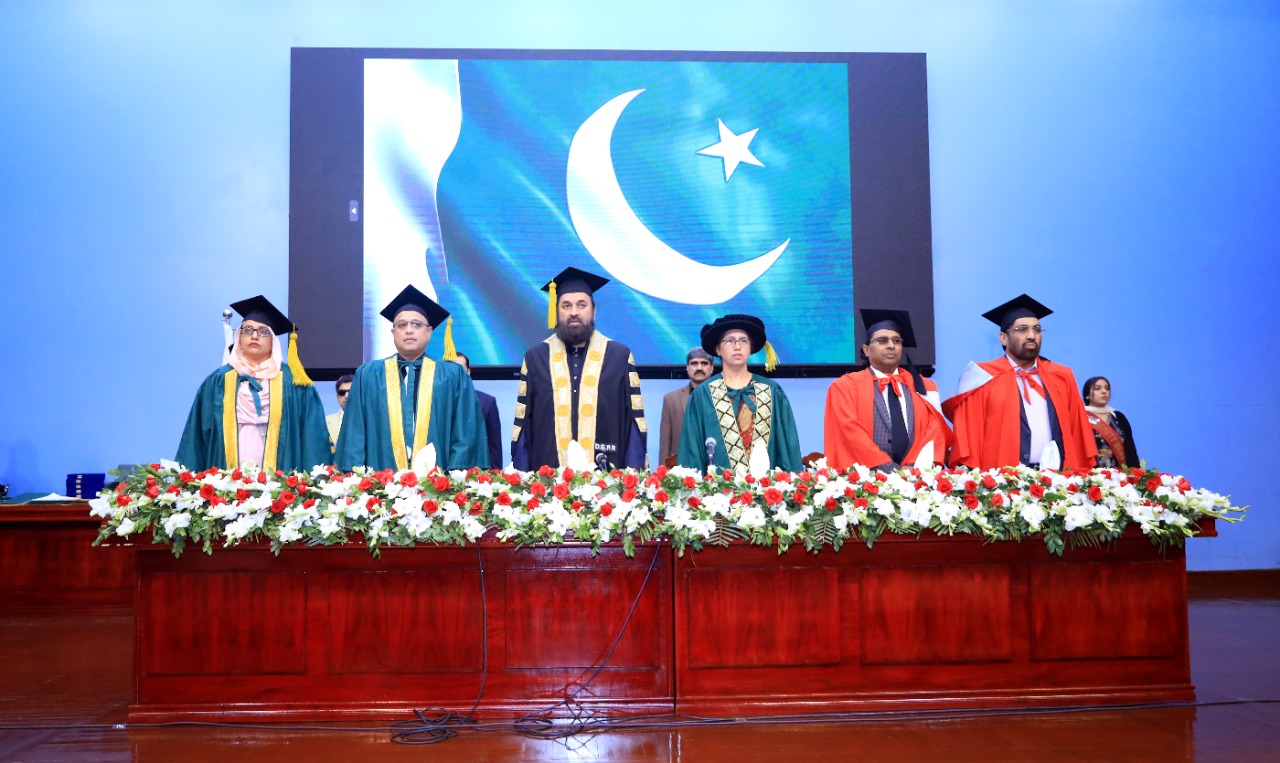 The Lahore College for Women University awarded degrees to 2897 students at its 18th convocation for the batch 2022.

The ceremony witnessed the award of degrees to all graduating students, robs to PhD graduates, presentation of the awards and medals to high-performing students.

Degrees were awarded to female students of different faculties in two separate sessions of the convocation.
Muhammad Baligh Ur Rehman Governor of Punjab/ Chancellor presided over the first session of the 18th Convocation as the Chief Guest. 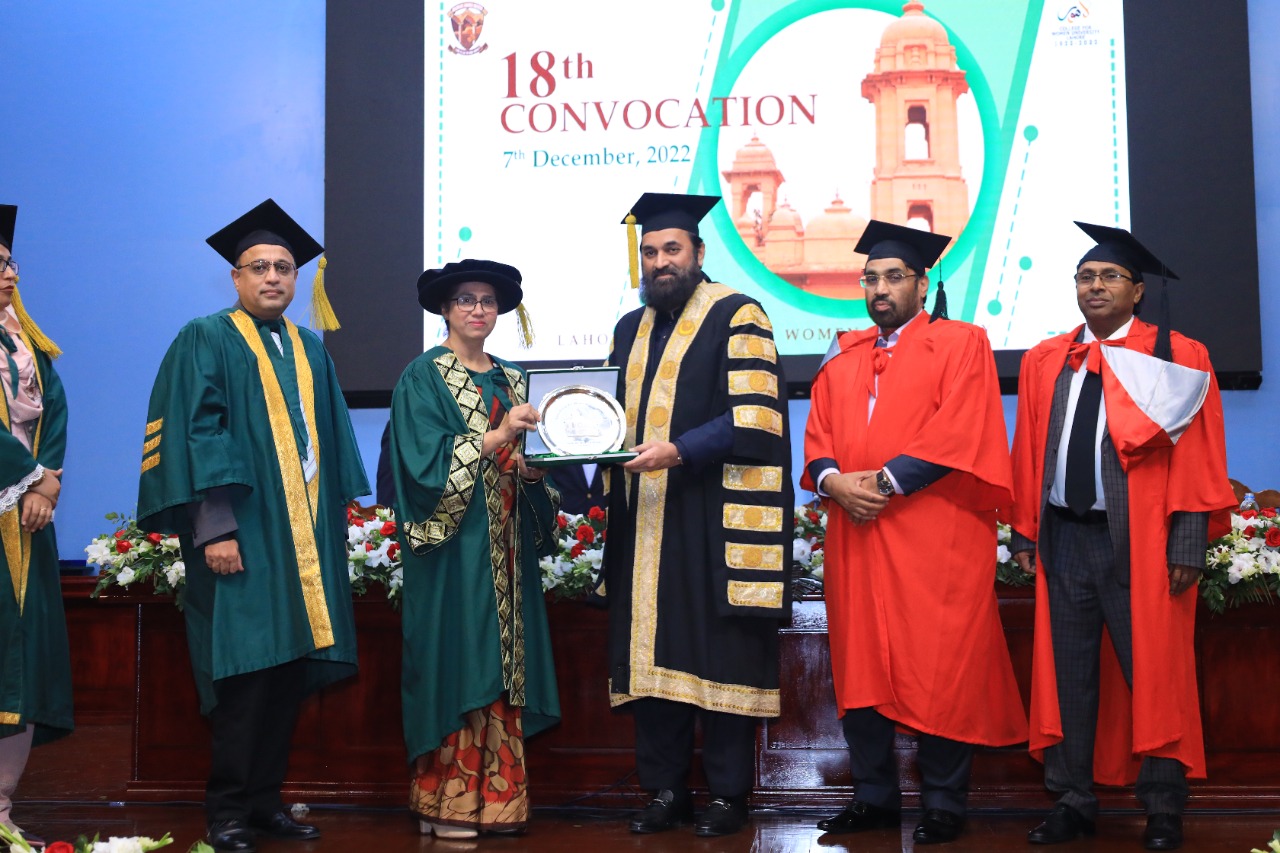 Addressing the function, Governor Punjab Muhammad Baligh Ur Rehman said that this prestigious institution of Lahore has a long history of 100 years of excellence.

The radiant and confident faces of these young graduates of LCWU are demonstrating that they will soon touch the precious milestones in their lives and their success is the product of their determination and years of hard work.

I am so proud of you all and want to extend my heartiest congratulations to your parents, teachers and LCWU, he added.

Governor Punjab says, ‘’As women your participation in the development of Pakistan is crucial. Your entrance into the marketplace can strongly elevate economic development and can help decrease the dependency ratio as well as increase the proportion of wage earners to dependents.

Our government is committed to provid the desired social protection for women that can ensure their continual participation in the social and economic progress of the country as there can be no meaningful advancement where women are excluded.

To that end, our government has engaged itself with addressing issues of gender inequalities, domestic violence, and lack of social protection that exacerbate injustice, and privation and limit women’s ability to reach their full potential’’.

Vice-Chancellor LCWU Prof. Dr Bushra Mirza while addressing the Convocation said that LCWU has become a member of the 15 selected partner Universities for the HESSA Project in the Year 2022. HESSA is a USAID-funded initiative led by the University of Utah, the University of Alabama, and the Institute of International Education (IIE).

Various faculty and staff members of LCWU have attended training in Islamabad and USA under this project.
Moreover, LCWU is a proud member of the CPEC Consortium of Universities, an initiative of the Higher Education Commission of Pakistan and the China Association of Higher Education (CAHE), she added.

Dr Bushra Mirza highlighted that LCWU has also become a partner University in the International Institute of Online Education (IIOE), a blended learning project of UNESCO-ICHEI through UET (national centre of IIOE in Pakistan) on 30th May 2022.

LCWU has been selected as a collaborating partner in the Government Project “Blended Virtual Education Project for Knowledge Economy” VU. LCWU is Ranked in THE World University Rankings for the first time in the Year 2023. LCWU got the honour of being the first ever and the only Women University of Pakistan which is ranked in Times Higher Education World University Rankings for the Year 2023, she added.

Highlighting the achievement of the university she stated: “our student council head girl has been nominated for the Prime Minister’s Flood Heroes Award and she has been selected among top universities for this prestigious award at an award ceremony on 5th December 2022 in commemoration with International Volunteers Day at Prime Minister’s Office, Islamabad. Khadija-tul-Kubra Business Incubation Center at LCWU.

With LCWU as the leading partner in the entrepreneurial consortium comprising the Virtual University of Pakistan and Fatima Jinnah Medical University, BIC has been established at LCWU under HEC funded project amounting to 40 Million won by the ORIC office. It is named after the first Muslim businesswoman and wife of the Holy Prophet (PBUH), a role model for all businesswomen.”