Zoya says she misses summer but is still shining 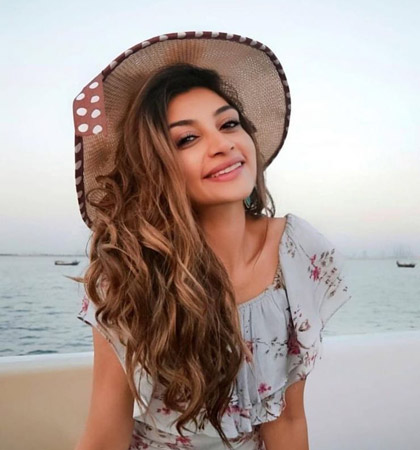 Entering the entertainment world alone can be less stressful relatively, but when a loved one has already achieved success, it becomes increasingly difficult for the newcomer to make a solid statement. Actress Zoya Nasir disproved this misconception.

The “Zebaish” actress, who created a reputation for herself in the entertainment world as well as a vlogger, is also rather active on Instagram, where she recently shared a new photo with her followers.

Noting that a brief but meaningful caption is important to further enhance the post, Zoya chose to caption her photo simply but meaningfully, writing, “Missing summers?”

One should give Zoya a credit for being so crafted in terms of engaging her fans through the catchy caption – but this was just the beginning. In the photo, the starlet is seen putting up a stylish attire, teamed up by a lovely hat. Last but not the least, the way she flashes her smile is a treat to watch for her fans.

Her admirers not even waited for a single second to share their sentiments over the photo as in the comments section, one of the followers penned, “Pretty, while another of the users’ variety of emoticons to express love for the diva.