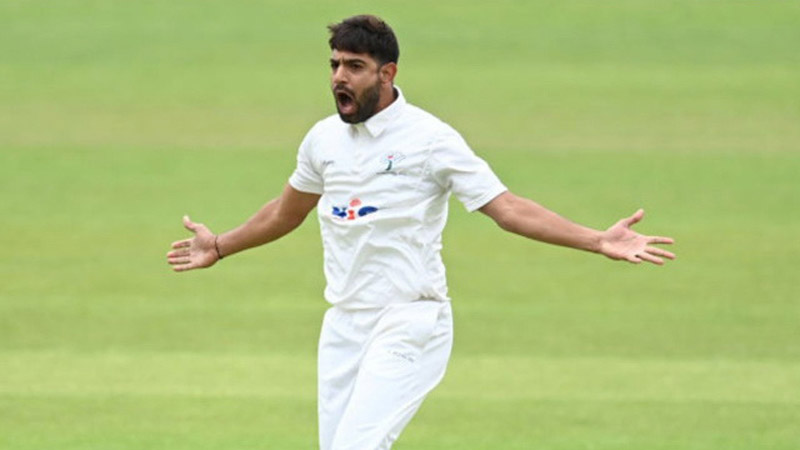 RAWALPINDI: Pakistan pacer Haris Rauf has officially been ruled out of the forthcoming second Test match against visitors England scheduled to be held in Multan. Haris, who made his debut in the red-ball format against England in the ongoing series, stepped on the ball thereby leading to an injury in his right quad. The pacer rolled over the ball while attempting to field on the first day of the Test match in Rawalpindi and felt discomfort. As a precautionary measure, Haris underwent Magnetic Resonance Imaging (MRI) at a local hospital and did not take the field for the rest of the match. With his exclusion from the squad, the Men in Green management will now be on the lookout for a like-for-like replacement ahead of the second Test match. The Pakistan Cricket Board (PCB) is soon expected to make an official announcement about the replacement for the injured player. Faheem Ashraf and Mohammad Nawaz, who are both part of the squad could be the possible replacements for Haris for the Multan Test.