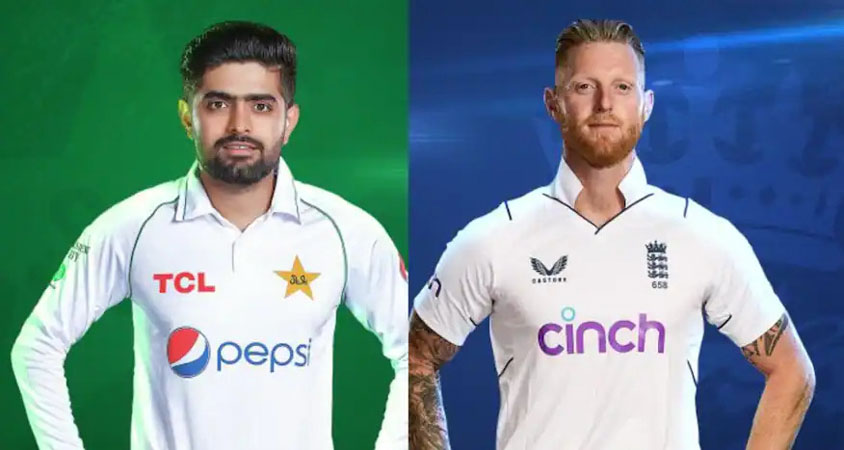 LAHORE: Led by Babr Azam, a spirited Pakistan will face England after 17 years in a long awaited series when the first Test commences at Rawalpindi Stadium in Rawalpindi on Thursday (today). The Rawalpindi Test will be followed by Tests in Multan (December 9-13) and Karachi (December 17-21). The series is part of the ICC World Test Championship. When England last played in Pakistan in 2005 under Michael Vaughan, Inzamamul Haq’s side had won the three-Test series 2-0. Prior to the 2005 series, Nasser Hussain had led England to a six-wicket victory in Karachi in 2000, marking their first Test win in Pakistan in 39 years that also handed Pakistan’s their first-ever Test loss in Karachi. Since the 2005 series and due to situation beyond the Pakistan Cricket Board’s control, Pakistan hosted England in the United Arab Emirates (UAE) in 2012 and 2015, winning five of the six Tests.

A recharged England, playing swashbuckling cricket under skipper Ben Stokes and coach Brendon McCullum, will get their first taste of Pakistan conditions today. Under Stokes and former New Zealand great McCullum, England have remodelled their game — winning six of their last seven Tests at home playing what has been dubbed “Bazball” after the coach’s nickname. That came after a dismal sequence of just one win in 17 Tests — including a 4-0 humiliation in the Ashes in Australia — resulting in head coach Chris Silverwood being sacked and Stokes taking over as skipper from Joe Root. But low and slow pitches in Pakistan — where England last played a Test in 2005 — pose a different challenge. Pakistan may prepare a more result-oriented pitch at the Rawalpindi Stadium after it produced 1,187 runs for the loss of just 14 wickets in a tame draw against Australia earlier this year. That pitch was rated “below average” by match referee Ranjan Madugalle and described as “dead” by Australian batter Steve Smith.

Seam spearhead James Anderson, who toured with England in 2005 but didn’t play a Test, will have to draw on his 667-wicket experience to get life out of the expected unresponsive pitches with express pace bowler Mark Wood ruled out with a hip injury. If the pitch takes spin, England will rely on the experience of left-armer Jack Leach and may even bring in 18-year-old uncapped leg-spinner Rehan Ahmed, drafted into the squad last week after being initially named as a reserve. Leach has experience on Asian pitches, taking 28 wickets in Sri Lanka and 18 in India in the last four years. Joe Root will anchor an inexperienced batting line-up that needs to counter Pakistan’s new spin attack of left-armer Nauman Ali plus uncapped pair Zahid Mahmood and Abrar Ahmed.

The home team will miss strike bowler Shaheen Shah Afridi, who is out of the series with a knee injury, while veteran spinner Yasir Shah has been dropped after struggling for form and an inexperienced pace attack will be led by Naseem Shah. Babar vowed his team would target a place in the World Test Championship final by winning the series against England. Pakistan are placed fifth in the nine-team World Test Championship (WTC) and can have a shot at next year’s final at The Oval in England if they win the three-Test series 2-0. They also have a two-match home series against New Zealand to follow next month. “We are excited about that prospect of playing the WTC final,” Babar told media in Rawalpindi on Wednesday. “This is an important series. We have a golden chance to achieve that if we win four of the five Tests to come,” added Babar, whose side has 56 points from nine Tests in the WTC. They have won four, lost three and drawn the other two. Australia lead the table with 84 points and are currently playing a two-Test series at home against the West Indies. New Zealand won the inaugural WTC by beating India last year.

Under Babar, Pakistan have done well in white ball cricket, playing the finals of Asia Cup and Twenty20 World Cup this year. Babar said his players have prepared well for the series. “We got around a week to prepare for the series so that was great and has given us some edge and momentum. The best thing was that domestic first class matches were on so some of the players were already playing red ball cricket.” Babar refused to admit Pakistan — missing the pace spearhead Shaheen a knee injury — is short on experience in bowling. “Our bowling is good and will give a tough time to England,” vowed Babar. Naseem is the only fast bowler in the squad to have played Test cricket (13 Tests) while the other three pacemen Haris Rauf, Mohammad Wasim and Mohammad Ali are uncapped at longer format. He, however, admitted England had more experience in bowling.